The monument in Virginia was dedicated in 1996 to commemorate the Richmond native. 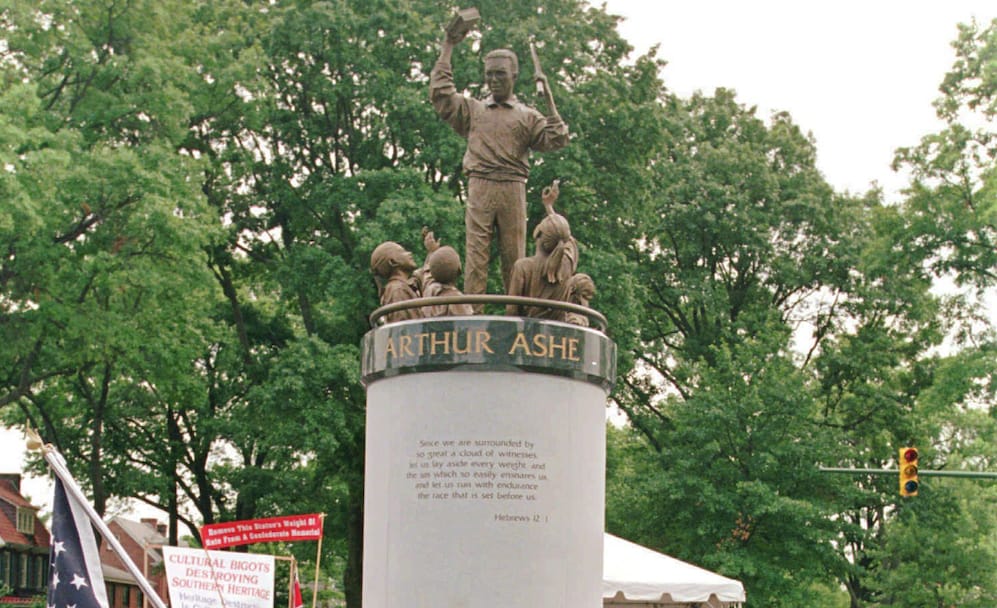 A crowd gathers at the base of the Arthur Ashe Monument after the ceremony dedicating the statue on Monument Avenue in Richmond, Va., Wednesday, July 10, 1996. (AP Photo/Steve Helber)

A statue of Arthur Ashe, the African-American winner of three tennis grand slams, has been vandalised with the words “White Lives Matter”.

Photos show the base of the monument in Richmond, Virginia, tagged with white spray paint and the words “white lives matter” as well as the initials “WLM”.

The initials were later painted over with “BLM”.

Richmond Police said they were alerted to the vandalism at about 10.15am on Wednesday and added that red paint on the statue was already being cleaned off by community members.

The Arthur Ashe monument was dedicated in 1996 to commemorate the Richmond native and counterbalance the string of statues on Memorial Avenue dedicated to Confederate leaders.

The vandalism comes as multiple Confederate statues have been toppled, vandalised and slated for removal in the city during protests prompted by the death of George Floyd in Minneapolis.