.Steve Winterbottom Snr, 63, and son Steve Winterbottom Jnr, 35, were both born on June 4. In a unique set of events, they now share their birthday with the latest addition to the family – newborn ‘miracle baby’ Alexa Ray. Bookies Ladbrokes have put the chances of Steve Snr, Steve Jnr and Alexa all being […] 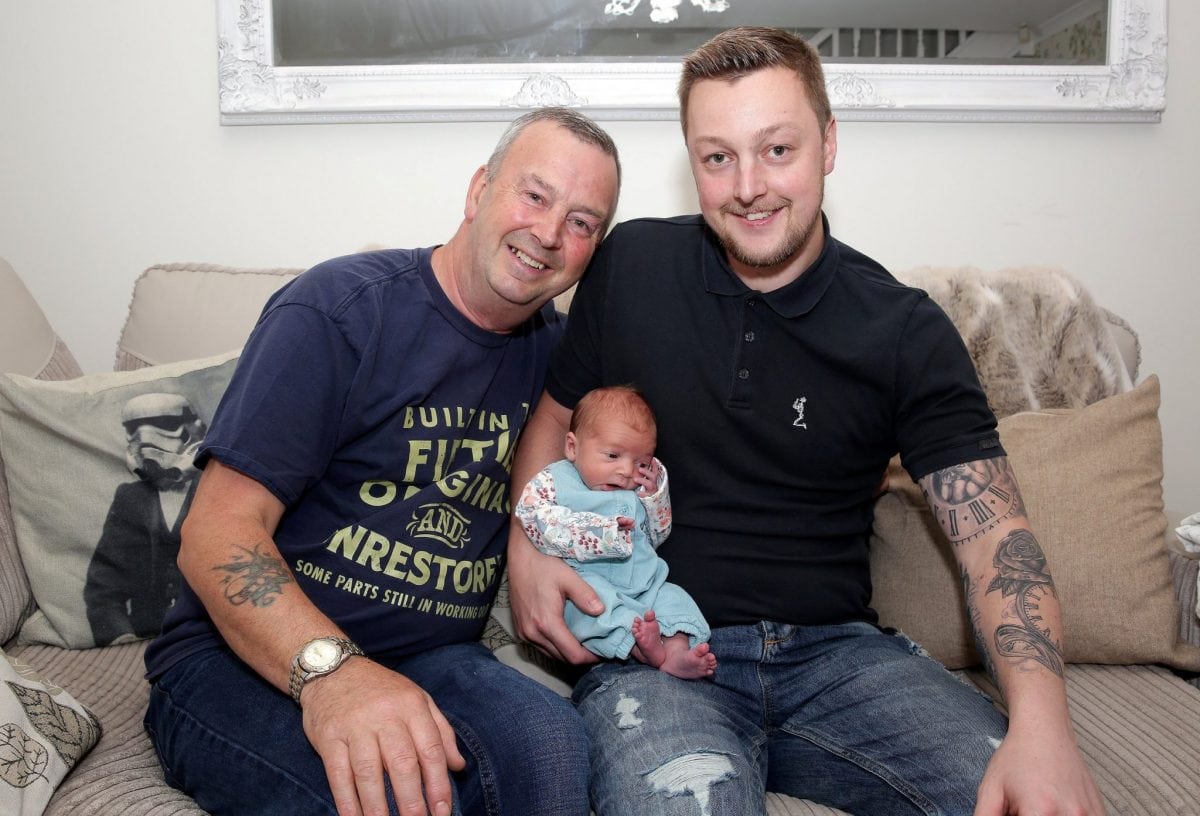 In a unique set of events, they now share their birthday with the latest addition to the family – newborn ‘miracle baby’ Alexa Ray.

Bookies Ladbrokes have put the chances of Steve Snr, Steve Jnr and Alexa all being born on the same day are 48,000000/1.

Steve Snr said: “When Steve was born it was the best birthday present and I didn’t think anything could ever top that – but the arrival of my beautiful granddaughter has made it a day I will never forget.”

Steve Jnr and wife Emma, 33, had been trying for a baby for seven years and had to use donor eggs throughout their IVF treatment due to Emma having endometriosis.

Endometriosis is a common condition where tissue that behaves like the lining of the womb is found in other parts of the body.

A common problem with the condition is difficulty to get pregnant. After a number of unfortunate failures to conceive, the couple – who have been together for eleven years and married for five – decided that they had put their bodies through enough and stopped trying before miraculously conceiving naturally.

Steve Jnr said: “When we found out we were going to have a baby naturally we couldn’t quite believe it.

“Emma’s due date was June 16 so we never thought we would share a birthday. If I’d have put a bet on this I’d be a millionaire by now – but sadly I didn’t.”

Doctors at Stepping Hill Hospital decided to induce labour after the couple noticed the baby had reduced movement.

Steve Jnr, from Buxton, Derbyshire, said: “Emma was first induced on the Friday but her waters broke in the early hours of Sunday, and by the afternoon I had my little girl in my arms.”

Emma, an accountant, said: “I never thought she would come along.

“We were told we had no chance to conceive naturally due to my condiiton.

“They tried to stimulate my own eggs before IVF but were unsuccessful. “The only way forward was to use donor eggs.”

She added: “My due date was June 16. Alexa was two weeks early.

“When we went into hospital on June 1, we thought she would come either that day or in the next few days.

“The nearer it got to the day, the more we thought ‘this could actually happen!’.

“Steve has said that he will lose his birthday forever now!

“It is really nice that they are all going to share the same birthday. “Alexa is doing really well now, despite a lot of sleepless nights.”

Alex Apati of Ladbrokes said: “Alexa has just rounded off the most unlikely treble our traders have ever hypothetically priced up.

“It’s a shame Steve Snr’s parents didn’t have a pound or two on it happening 63 years ago.

“Unfortunately for the family, we won’t be offering odds on this streak being passed down another generation though – we couldn’t afford to!”