Matthew D'Amico reckons he has captured the elusive aquatic beast on camera, swimming in a river 4000 miles away from Loch Ness.

by Ben Cusack
in Must Reads, Weird News 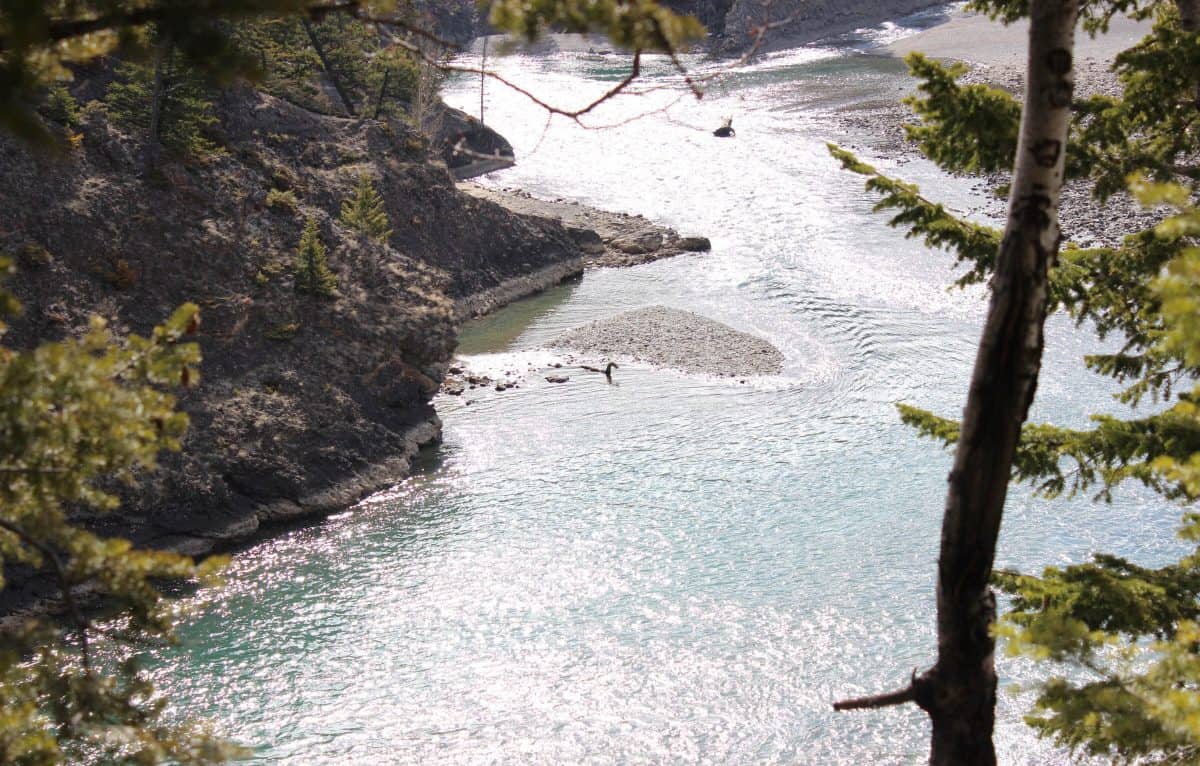 A teenager reckons he has the clearest proof that the Loch Ness Monster exists, and enjoys holidays, after spotting a suspicious-looking ‘creature’ – in a river in Canada.

Matthew D’Amico reckons he has captured the elusive aquatic beast on camera, swimming in a river 4000 miles away from Loch Ness.

The 17-year-old was on holiday in Banff National Park in Alberta, Canada, last week when he saw what appeared to be the fabled creature, swimming through the river.

The university student from Florida saw a “long neck protruding out of the water” and quickly managed to snap two pictures.

He said: “All the hairs on my body went up as I became astonished at what I saw in the water.

“I recently took a trip to Alberta, Canada, for my sister’s sweet 16th birthday to see wildlife.

“It was when admiring the beautiful view in front of us when I spotted the strange creature.

“After an hour hiking, we took a break on a hill with a great view of Bow River where my sister and I saw what appeared to be a prehistoric animal swimming.

“I pointed my sister to what I was seeing, and she too stood shocked.

“I immediately took photos, and after evaluating them, my sister and I responded with the same conclusion – the Loch Ness Monster.

“I made no hesitation to rush taking out my camera and capture photos.

“My sister ran off to the rest of my family to bring them while I stayed and took photos.”

Reports of ‘Nessie’ date back to sixth century Scotland – but the most famous account came after an iconic 1934 ‘Surgeon’s photograph.’

Matthew claimed that he has taken the most accurate pictures of Nessie.

He said: “I have what I believe to be the most accurate photos of the Loch Ness Monster that has been captured since the 1933 photo.

“Sadly, my parents and sister did not make it quick in time before the creature disappeared below the surface.

“But when I showed the photos to my family, they also were astonished and thought the same thing.

The images appear to show what could be a long, thin neck poking out of the waters, but is most likely a branch.