Michael Butcher has converted his home and back garden into a turtle and terrapin sanctuary, and nearly every room is filled with them - including his mum's bedroom. 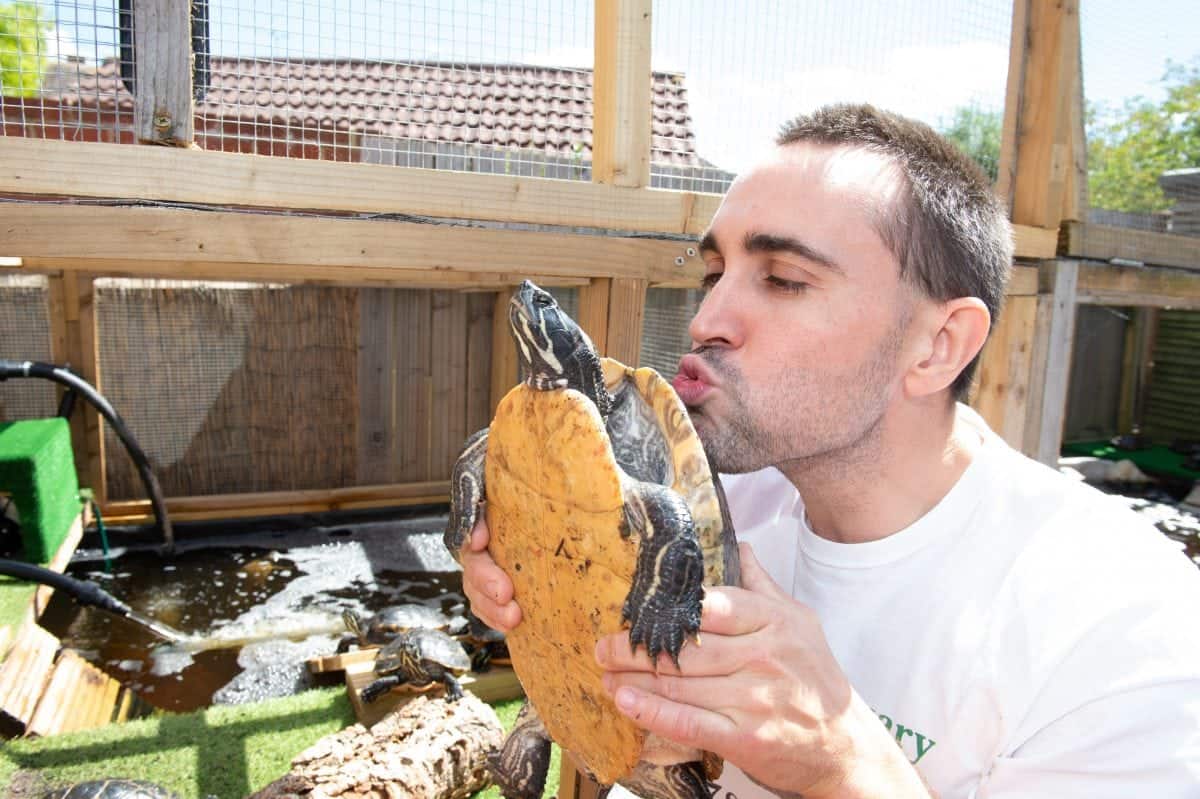 A Teenage Mutant Ninja Turtle superfan has fulfilled his childhood dream by filling his home with more than a THOUSAND turtles.

Michael Butcher has converted his home and back garden into a turtle and terrapin sanctuary, and nearly every room is filled with them – including his mum’s bedroom.

Terrapins, or sliders, are semi-aquatic, fresh water turtles, and bask on land, rocks or floating branches throughout the day. 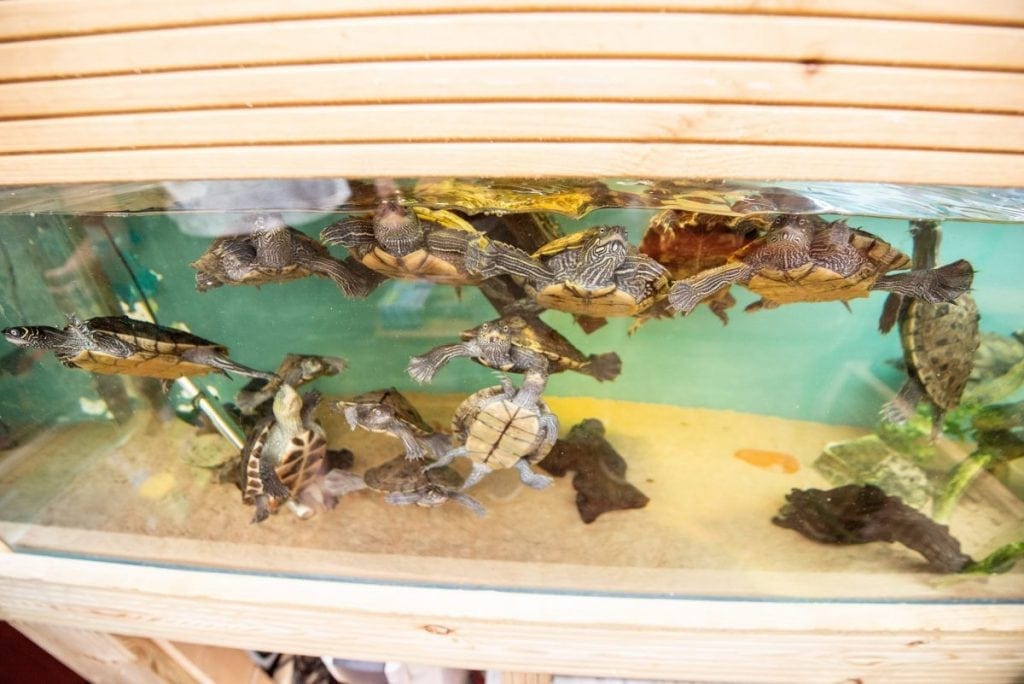 Along with his mother Denise, Michael gives abandoned and unwanted terrapins a home, often nursing them back to health.

And the 38-year-old has plans to build plenty more sanctuaries in the future – because he just can’t get enough turtles.

Michael said: “When I was a child I loved the Teenage Mutant Ninja Turtles – all I wanted was a turtle.

“But my dad wouldn’t let me have one. 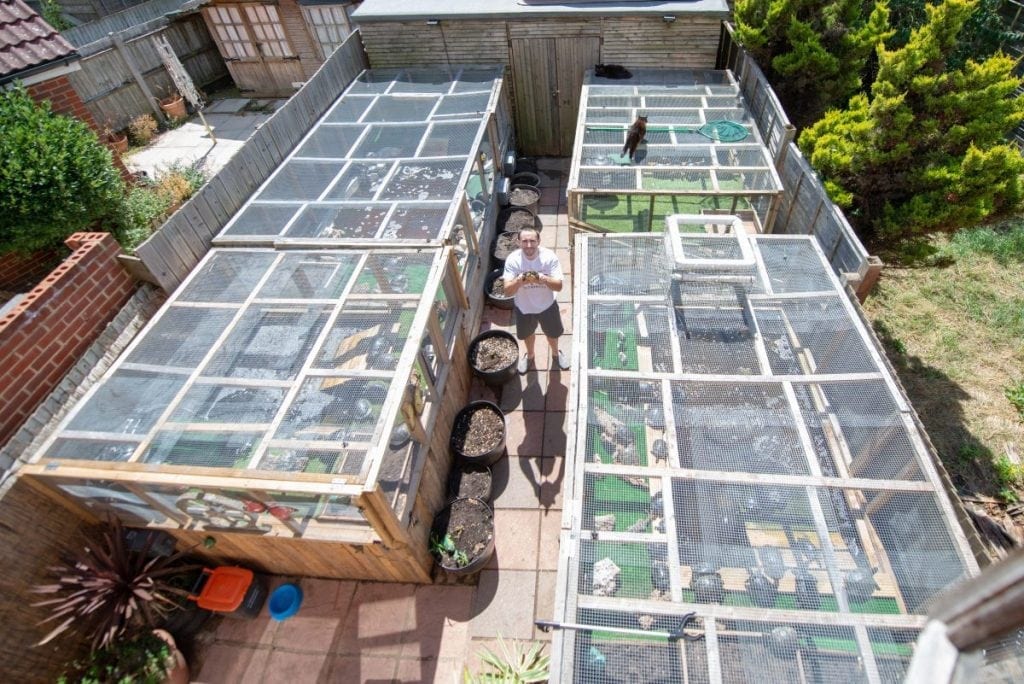 “Then, when I was going through a bad patch in my early 30s, I saw on Facebook that a man had a terrapin and was going to throw it out if no one came to take it- so I did.

“He handed the terrapin over in a Bisto jar.

“It all started from there really.

“I could see how badly turtles were being treated, being abandoned all over, and I wanted to help.

“I started ponds and tanks out the back for them.

“We have them in every room in the house except for the bathroom and kitchen.

Although turtles have a reputation for being a bit snappy, Michael said his thousand friends are quite docile. 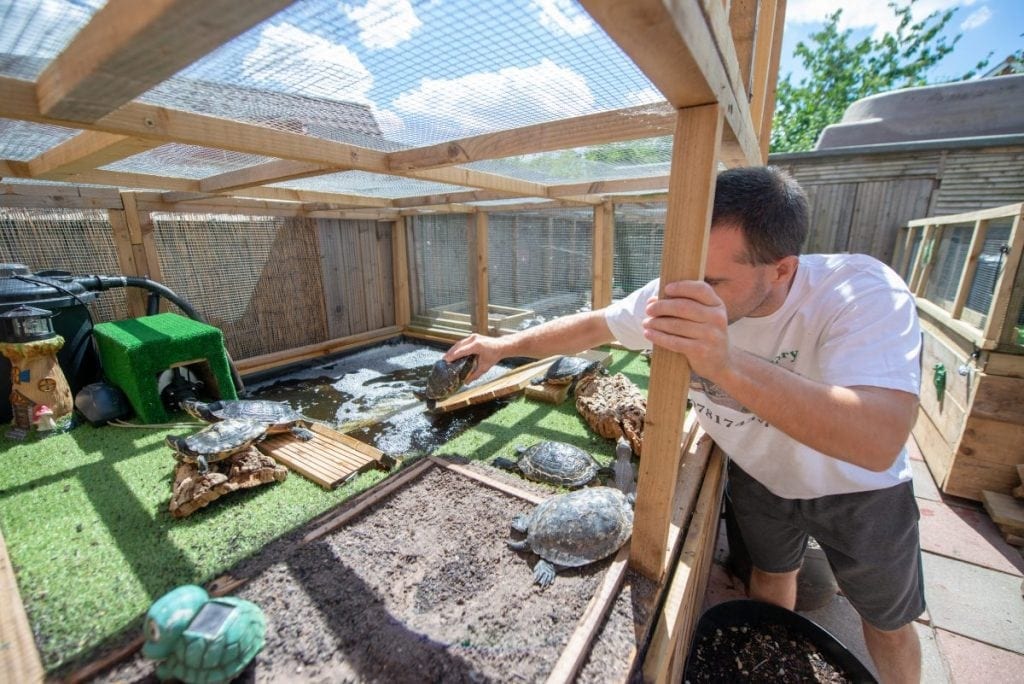 He said: “The terrapins are not aggressive at all. We have lots of different kinds here and most are pretty timid.

“We don’t name them all as they are just too many but we do have our main ones.

“We’ve got Big Sally in the pond. Her original owner Clifford comes into to visit her – he’s become like family.”

” And then we have Lady Di, who we took in last winter. She was ill for quite some time but is much better now.

“It can be hard because almost half of the turtles brought in don’t make it, they’re just too far gone. They can come down with infections easily.”

Some people underestimate the size the terrapins will get to.

Michael, from Staplehurst, Kent, said: “Most people don’t understand how big they get.

“They can grow up to 15 inches, some even bigger. You can’t just stick them in a fish tank.

“Some of them are in a hell of a state when they come in because of how they’ve been kept.”

Most of the terrapins are dropped directly to the sanctuary, and although Michael loves what he does, the financial strain can be a bit much. 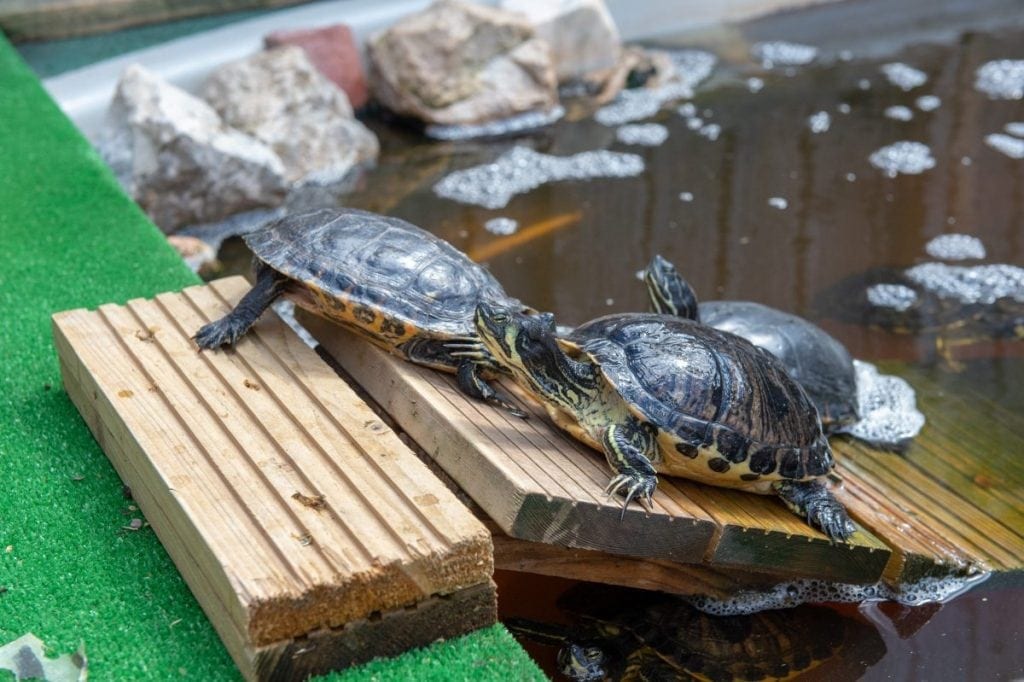 “Sometimes the electricity bill can get to £500 a month and feeding the turtles can cost £200.

“To be a registered charity you have to get £5,000 a year in donations.

“My dream is to build a federation of turtle sanctuaries across Britain.

“The Government has brought in the Invasive Species Act and is decimating the population – killing them for no reason when they could be put in sanctuaries.

“What’s the point in killing them when they could be helped?”