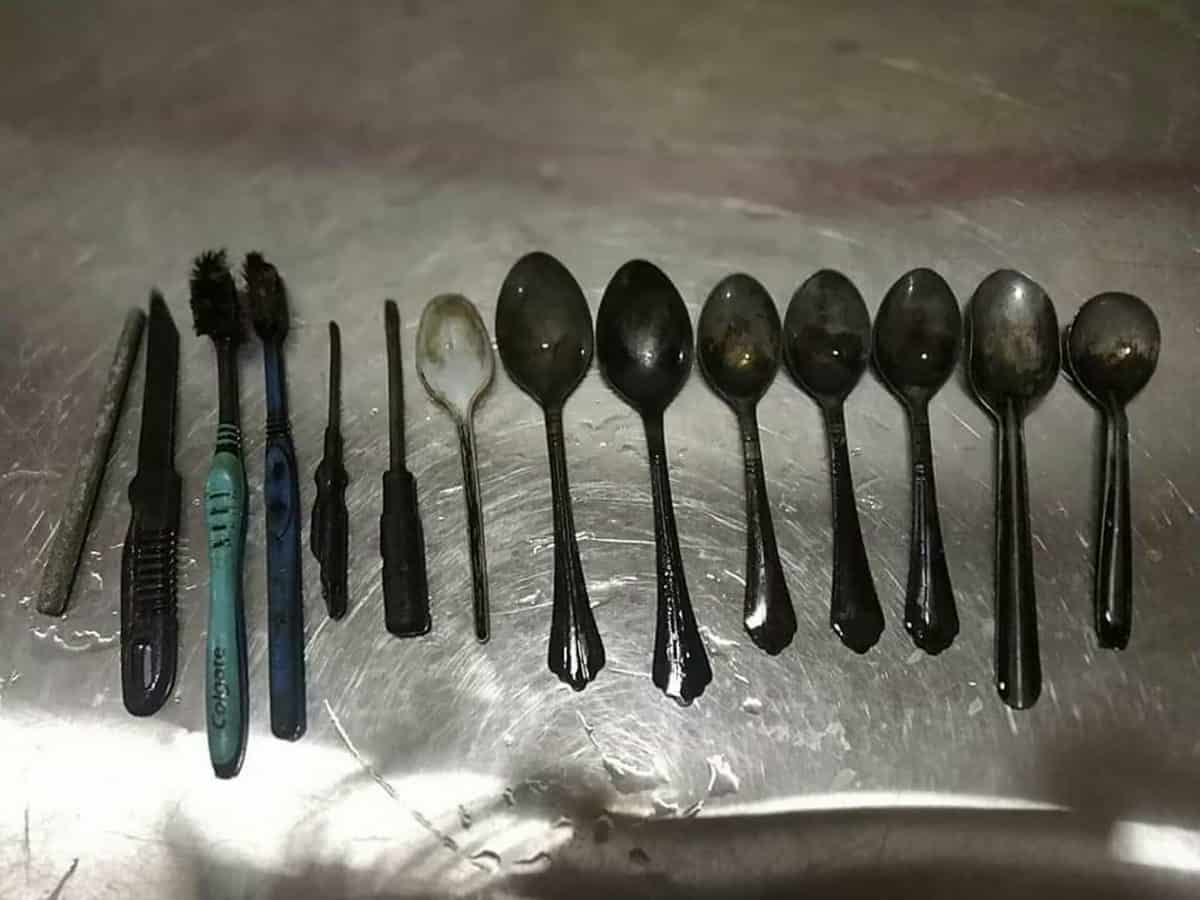 Doctors were astonished when they performed an X-ray on a man complaining of pain – and found eight SPOONS and a knife in his stomach.

The 35-year-old patient was referred to the Lal Bahadur Shastri Hospital in Mandi, Himachal Pradesh, in India, with tummy pain.

Doctors performed an x-ray and were baffled when they saw the spoons – and later also found two screwdrivers, two toothbrushes and a metal bar.

The knife had punctured the man’s stomach so surgeons performed a three-hour operation to remove all the metal.

One of the doctors said: “We could already see the tip of the knife protruding from inside his stomach.

“Later we operated him without wasting any time but discovered more objects inside.

“There was a knife, Eight spoons, two screwdrivers and two toothbrushes inside as we continued to operate his stomach.”

It is understood the man was suffering with a psychiatric disorder when he ate the items and he is now being cared for by his family.