A sausage dog that got stuck in a railing outside its home for half an hour had to be saved by firefighters. Desperate dachshund Milo was running around in the garden while waiting for owner Sarah Jane Thompson when its long body got stuck in the garden gates. Sarah was putting her six-week-old daughter into […] 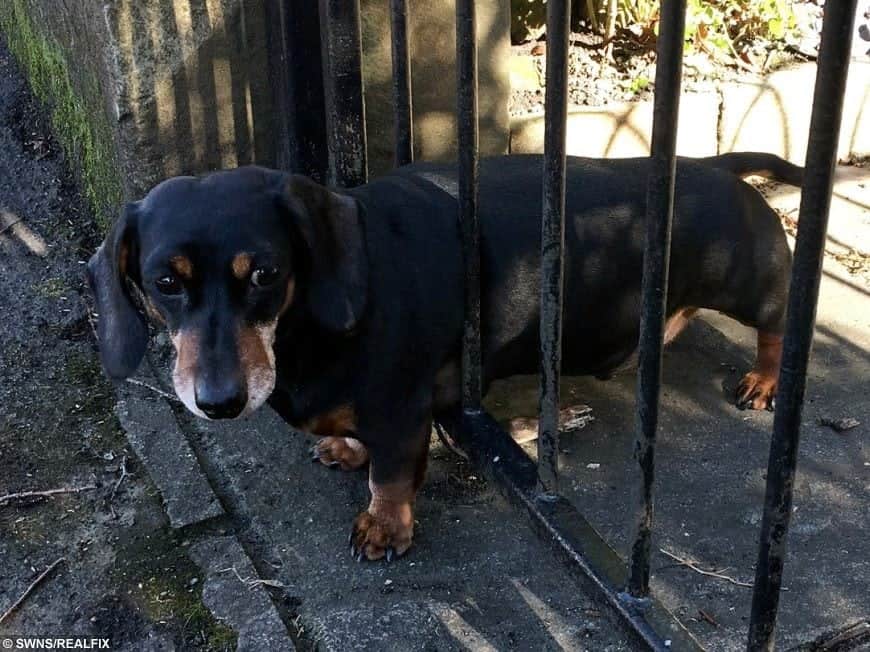 A sausage dog that got stuck in a railing outside its home for half an hour had to be saved by firefighters.

Desperate dachshund Milo was running around in the garden while waiting for owner Sarah Jane Thompson when its long body got stuck in the garden gates.

Sarah was putting her six-week-old daughter into her pram ahead of a walk in the sunshine on Monday when over-excited Milo lodged itself between the garden and the street. 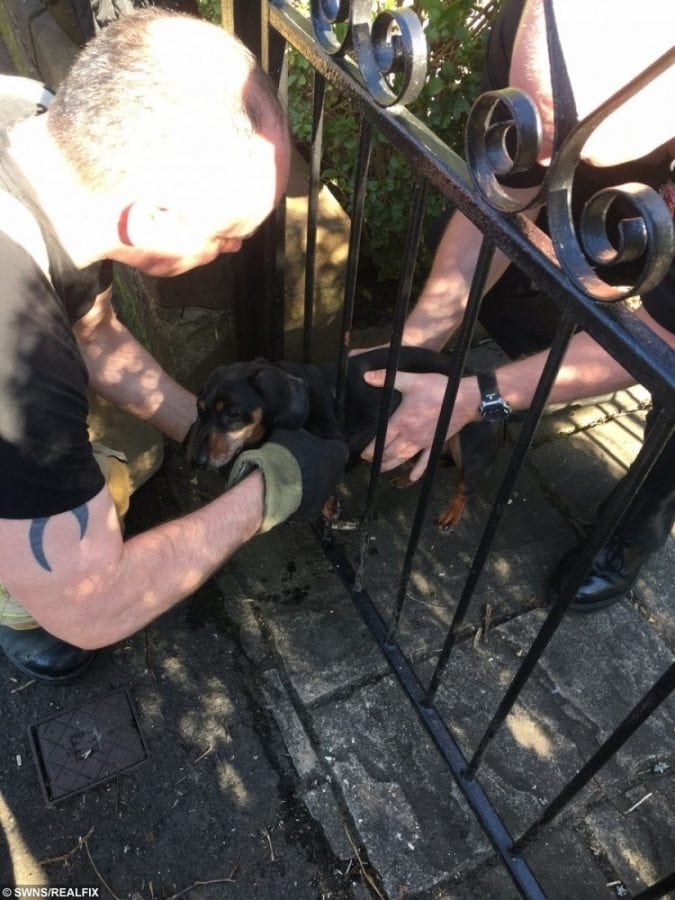 The panicked dog owner was worried that any attempt to pull the pooch free would damage its delicate back.

With Milo stuck for nearly half an hour, she called a local fire station to see if someone could come round to help free the dog.

But she did not expect such a dramatic rescue as a full fire engine arrived to free the stranded dog.

Sarah, from Glasgow, said that the rescuers freed Milo by turning the dachshund onto its side and letting the dog which allowed the dog to escape.

She said: “I was pretty worried as dachshunds have very delicate backs because they’re so long so if he had started to panic to wriggle out it could have been very serious. 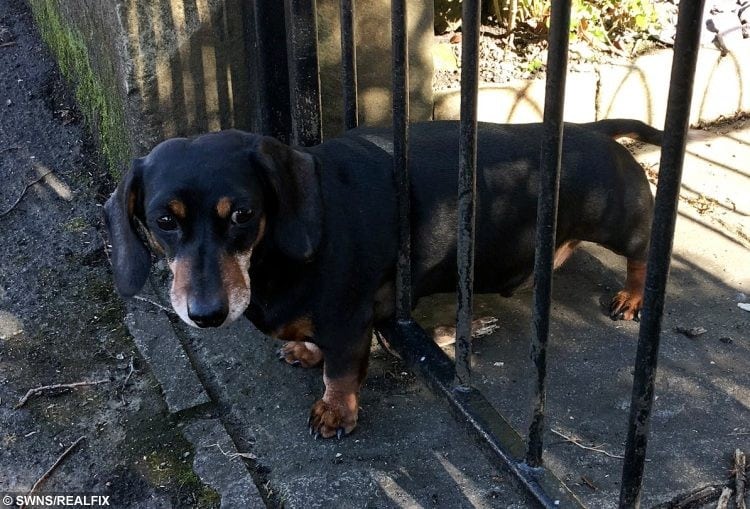 “I usually close the gate to the front garden and leave him in there while I put my daughter in the car.

“Milo usually waits patiently but this time when I turned around he was just looking at me and then I realised his front half was all the way through the bars.

“I never called 999 but asked my nearest fire station at Knightswood to see if they could help out.

“They said that they’d send someone round but I didn’t expect them to arrive within minutes or with a full fire engine.

“It was all over in about half an hour and thankfully Milo is fine though at the time he did look a bit mortified.

“He’s not as thin as he used to be so I think that he may have underestimated his own size.”