The African bird, which has zebra print wings and a pale chestnut head, does not breed in the UK but up to 100 birds arrive in Europe each year 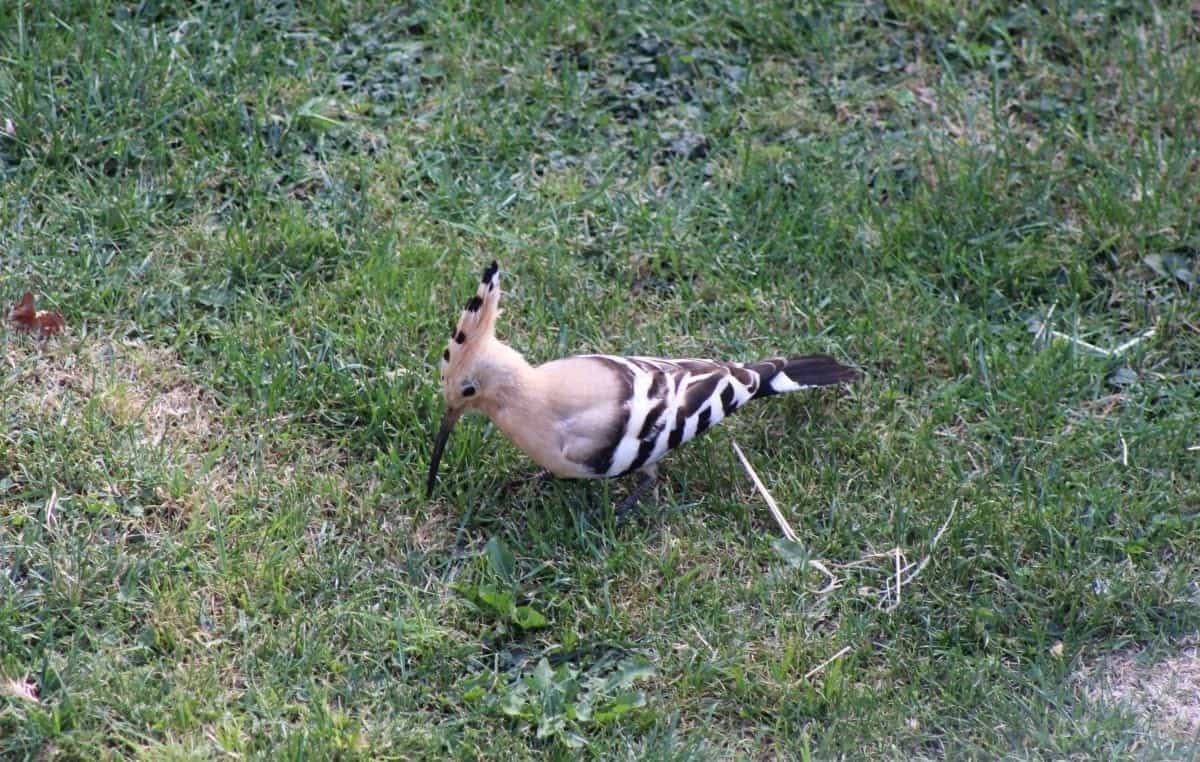 A rare mohican feathered hoopoe bird was spotted in a British garden.

The African bird, which has zebra print wings and a pale chestnut, crested head, does not breed in the UK.

They typically nest in rocks, trees and buildings – but one was spotted feeding at a home in Swindon, Wilts., on Friday. 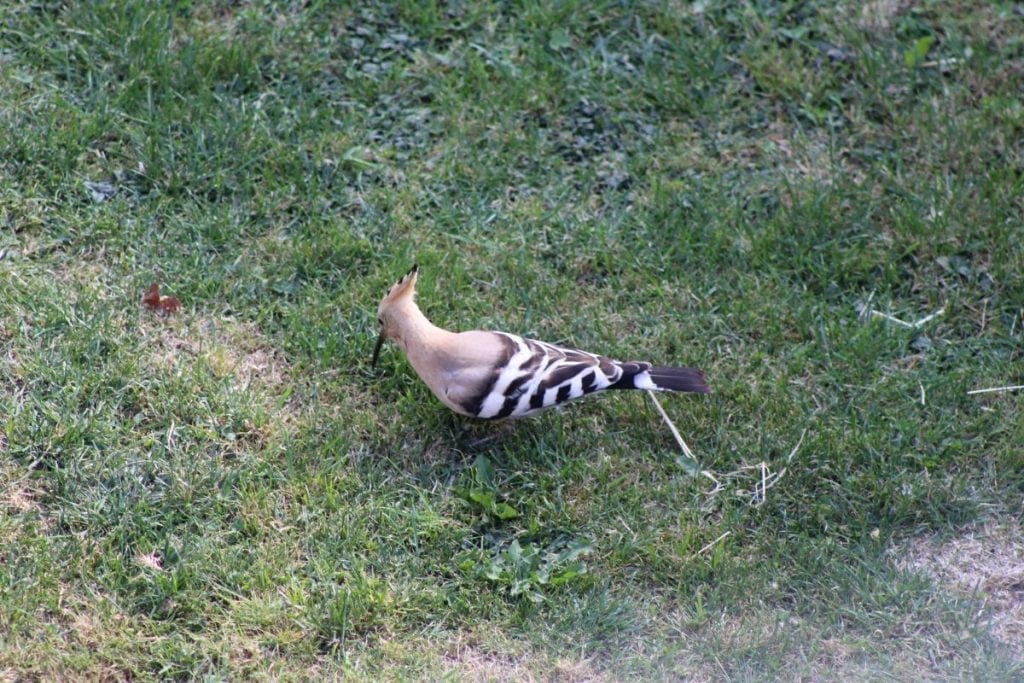 And the hoopoe returned to Tanya Hill’s back garden the following day to eat insects off the grass.

She said: “The hoopoe’s long beak was going into the ground – we have a lot of ants in the garden so we think it was feeding on them.

“It was very placid, sitting on the grass and on the stone path, and appeared to be enjoying the day.

“We get a lot of magpies and pigeons but none came while the hoopoe was around. 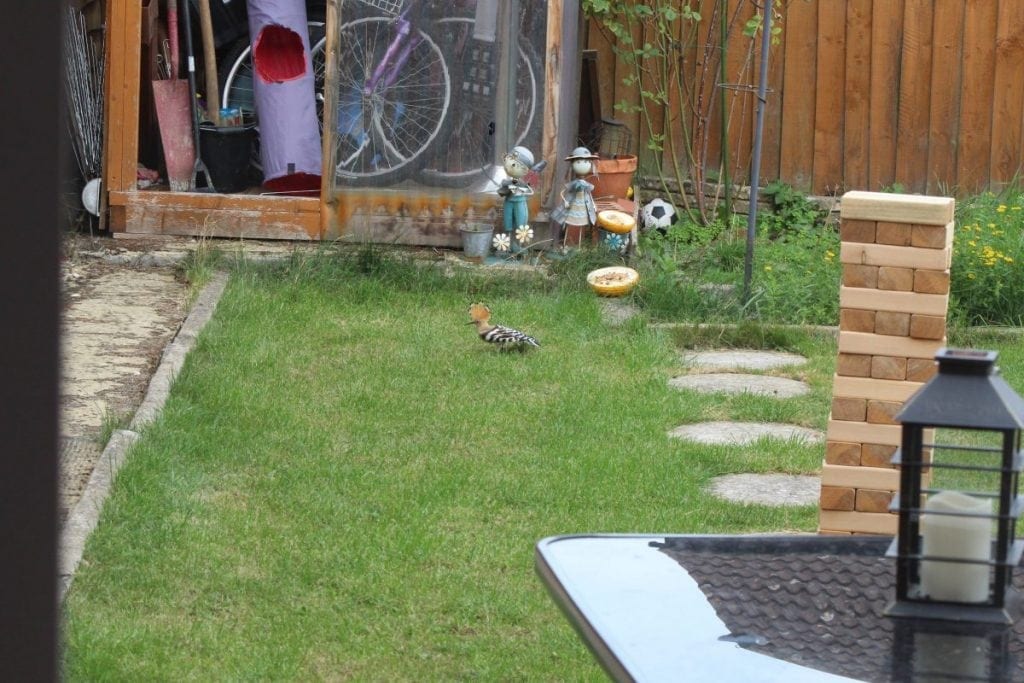 “After taking a picture we searched online for an hour and were amazed to find out it is quite rare.

“The bird first arrived at Friday tea time and flew off as soon as someone went outside – but then came back on Saturday.” 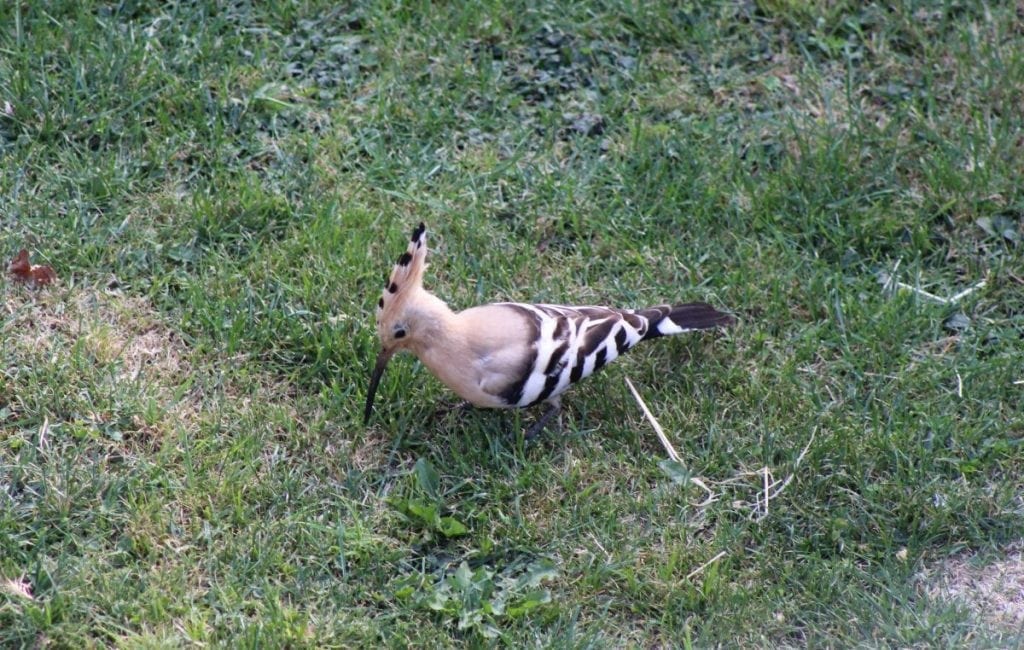 Up to 100 hoopoes arrive in Europe each year and have been spotted on the south coast, according to @Hoopoesuk Twitter.