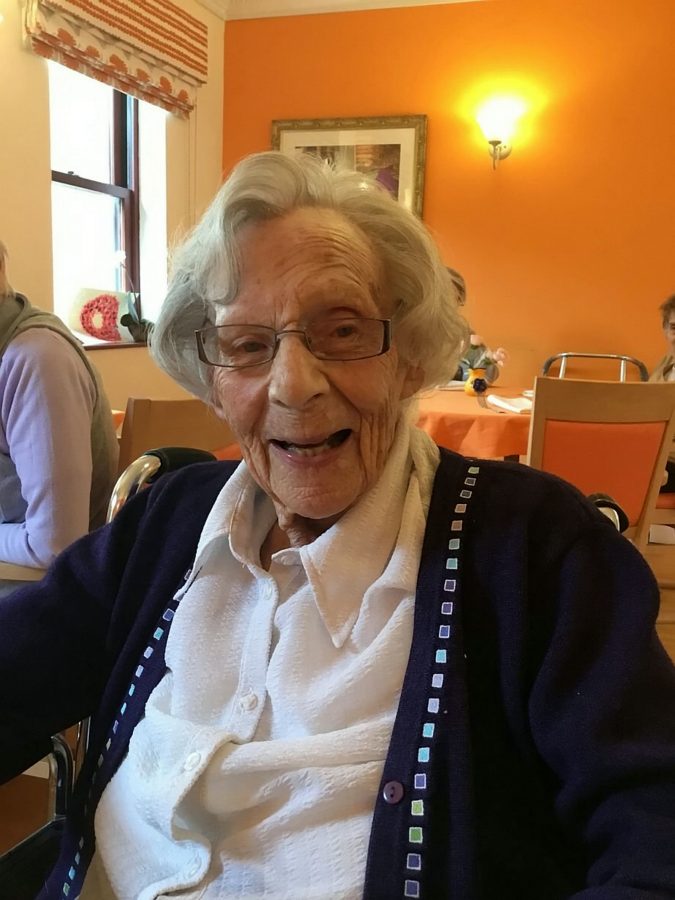 A 104-year-old woman has revealed her wish to be ARRESTED because she’s never committed a crime – and police are set to oblige.

Anne Brokenbrow suffers from dementia and stunned care home staff who asked residents to fill in a form asking for their ‘wishes’.

Mrs Brokenbrow’s read: “My wish is… to be arrested. I am 104 and I have never been on the wrong side of the law.”

Local policing teams in Stoke Bishop were very happy to grant Mrs Brokenbrow’s wish and she is due to be taken into custody for the first time ever next week.

Mrs Brokenbrow, is a resident at Stokeleigh Care Home in Stoke Bishop, Bristol,

The home is one of five in the north of the city that is participating in the Wishing Washing Line initiative, run by elderly people’s charity Alive Activities.

Mrs Brokenbrow is a former secretary who worked at James Roberts & Son Manufacturers in Bristol.

Other resident’s wishes include riding in a Rolls Royce, visiting a motorcycle club, a hand massage and a chat, and a cuddle with a poodle. 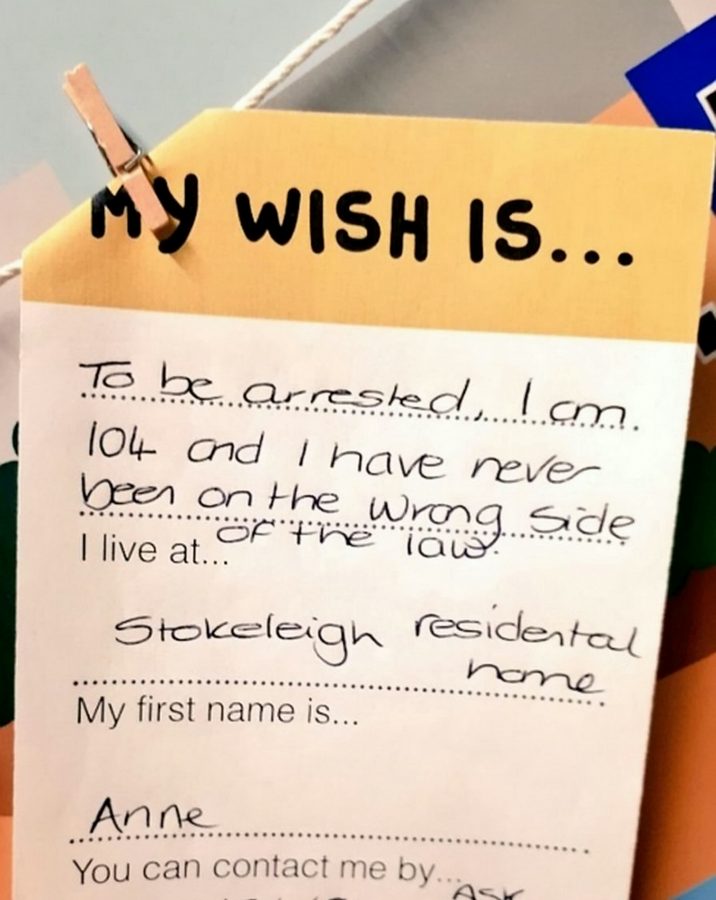 The paper slips are then attached to a ‘washing line’ at nearby Coop stores, Anne’s wish was among the first to be pegged to the line at the Co-op in Bishopston, in Bristol.

The idea is that shoppers will stop to look at the wishes and if they think they can grant one then they can contact the elderly person behind it.

The Wishing Washing Line project launched in Bristol on March 1 having helped thousands of elderly people in Essex.