A jogger was left with blood pouring down his face after a huge bird of prey swooped down on him – and tried to rip his head off. Andy Llewellyn, 44, thought he was being attacked by a mugger when the bird raked its razor-sharp talons down his skull. The Boots training manager was knocked […] 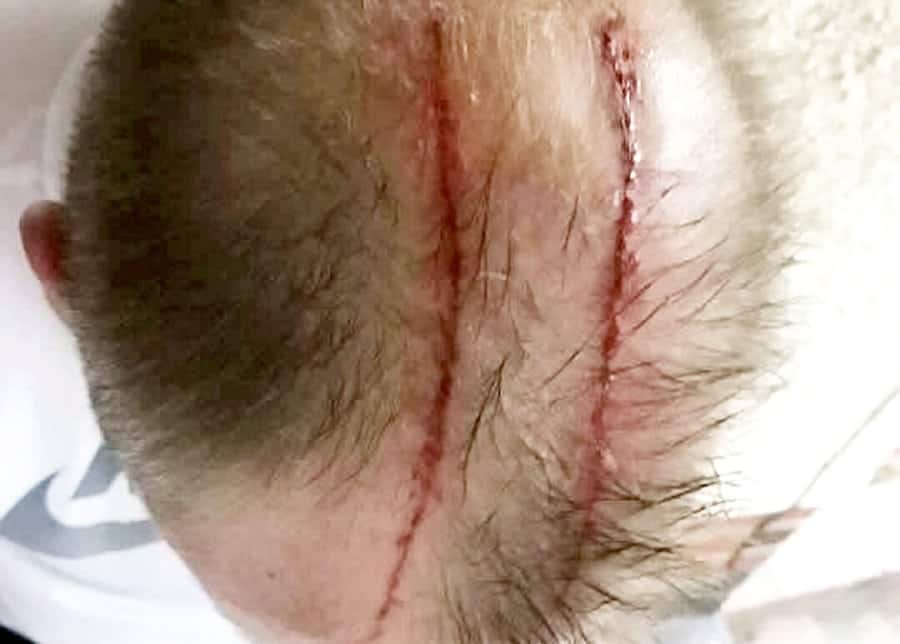 A jogger was left with blood pouring down his face after a huge bird of prey swooped down on him – and tried to rip his head off.

Andy Llewellyn, 44, thought he was being attacked by a mugger when the bird raked its razor-sharp talons down his skull.

The Boots training manager was knocked to the ground and was left with two six-inch long gouges running from the crown of his head to above his eyebrows.

Dad-of-four Andy was jogging near his home in Chellaston, Derbys., when the crazed bird dive-bombed him on Tuesday (1/8) night.

He said: “I was half way through a 5km run and was trying to beat my fastest time when I suddenly heard a flap of wings around my shoulder and felt something crack my head and drag me forward.

“At first I thought it was a mugger who whacked me with a baseball bat or had thrown a stone at me but then I just fell to the ground with blood pouring down my face.

“I felt my head and there were too large gouges like tramlines running from my crown to my forehead.

“I managed to finish my run and staggered home but then went to the walk-in medical centre where the nurse said she’d never seen anything like it in all her years of A&E.

“The inuries suggest the bird was probably either a hawk or a buzzard which weigh around one-and-a-half pounds.

“They can have a 4ft wingspan so it was obviously either trying to pick me up or land on me.

“I was given a week’s worth of anti-biotics and sent on my way. It hasn’t put me off jogging but I think I’ll have to wear a hat or even a helmet next time.”

Andy, who lives with partner Zoe Burnett, 35, a learning and education worker, was swooped on as he ran along Infinity Way in the village.

Bird of prey expert Nick Brown, from the Derbyshire Wildlife Trust, said he believed the animal was likely to have been a Harris’s hawk which had escaped from its falconer.

He said: “This was not a wild bird of prey. They virtually never attack humans – even the peregrines on Derby Cathedral don’t attack people.

“Also, August isn’t the nesting season for birds of prey.

“The time when they would be most likely to defend their young would be April, May and June.

“My hunch is that it might be a falconer’s bird that is used to human beings but has escaped and is living wild.

“Maybe it was trying to land back on its falconer.”

Mr Brown said there were rumours that escaped Harris’s hawks, American and South American birds which are popular in falconry, were now breeding in Derbyshire.

He said: “There are Harris’s hawks living in Derbyshire and they may be starting to breed.

“It has not been proved yet but Harris’s hawks could be establishing themselves in the wild.”