Paranormal investigators have recorded chilling ghostly voices saying “let me out” at an infamous haunted former church. Eerie voices, hammering sounds and unexplained “orb” lights were caught on camera as temperatures plunged to -8C at Cold Christmas Church near Ware, Herts. Cambridge Ghost Hunters took the video at the Grade II-listed ruins, which have been […] 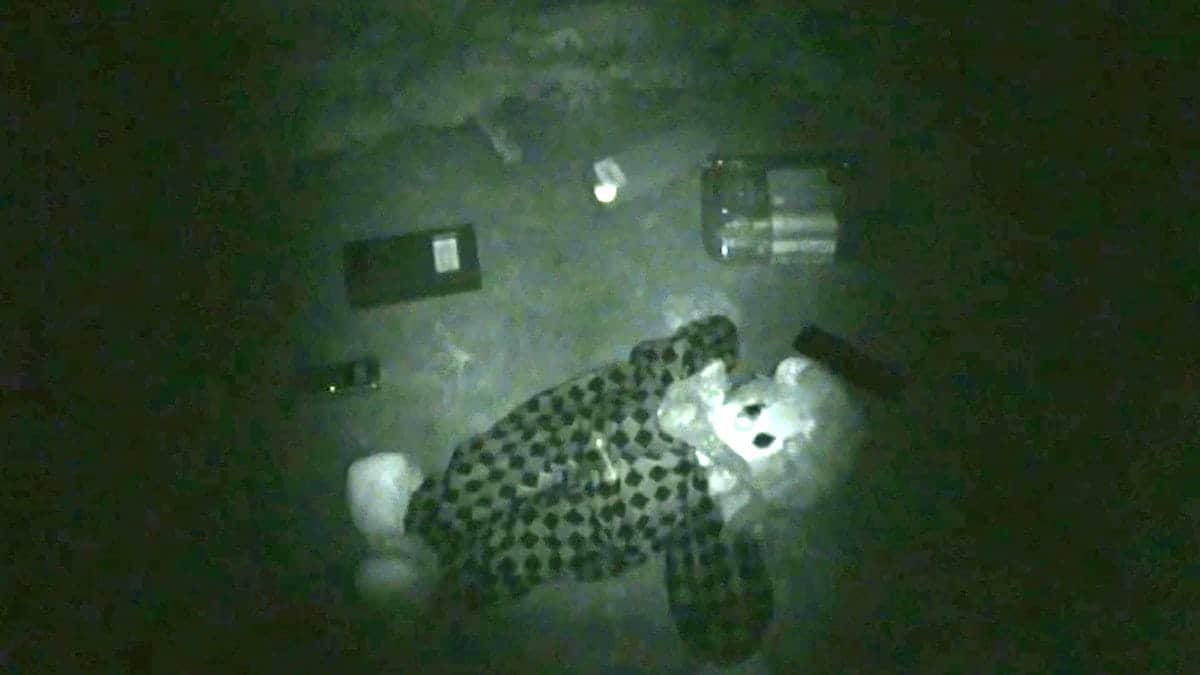 Cambridge Ghost Hunters took the video at the Grade II-listed ruins, which have been a hotspot of ghost sightings for decades.

Craig Jones, 27, the Lead paranormal Investigator, said: “The story behind the church is around Christmas – a lot of children died because of the freezing temperatures.

“It has also been known to have people doing witchcraft and devil worship at the church.

“It was extremely cold hitting temperatures of under -8C. In this video you will find some finding of what happened on the night.”

The footage starts with a K2 meter – a popular ghosthunting device used to detect electromagnetic fluctuations – going off in the grounds of the 15th century church tower.

Strange hammering sounds are heard before an eerie growl is recorded saying “let me out”.

Mr Jones, from Cambridge, claims a rock was then thrown at them.

“There wasn’t anyone around and it couldn’t have been debris because it was too big,” he said.

“It as half a size of a football but it was a rock, they just heard a massive thud.”

The ruined church tower is the remains of Old Church of St Mary and All Saints in Old Church Lane, Ware, Herts.

It was demolished in 1853 with only the three-stage tower remaining substantially above ground.

Numerous sightings of ghosts have been made there including growling coming from within the tower, breathing sounds near its graveyard and even apparitions of a marching army.

Ghosthunters also believe the grounds were commonly used for satanic rituals by witches and the church was built over unmarked children’s graves.

Mr Jones added: “When there was lots of children there, there was a lot that died because of the cold weather.

“We looked at all the graves and there was quite a few graves of just children and they died around November and December. They backdate to the 1700s.”