A cheeky fox jumped on a tourist bus and went on a sightseeing tour of London – sitting on the upper deck. The curious animal hopped on the bus and went up to the top deck to get the best view of the capital’s sights. A worker from Big Bus Tours discovered the fox sitting […] 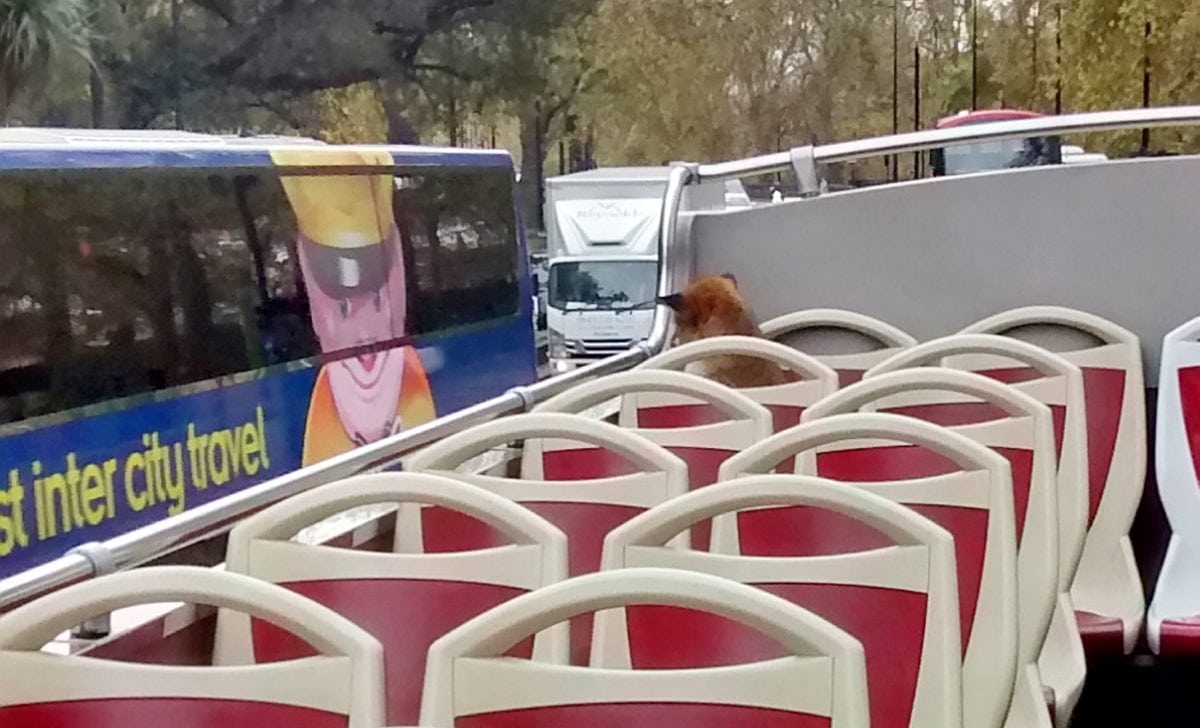 A cheeky fox jumped on a tourist bus and went on a sightseeing tour of London – sitting on the upper deck.

The curious animal hopped on the bus and went up to the top deck to get the best view of the capital’s sights.

A worker from Big Bus Tours discovered the fox sitting on the back row upstairs in the open-top double-decker last Tuesday morning as the the vehicle passed Park Lane in central London.

Passengers were taken off the bus and the vehicle was shut and locked so the RSPCA could collect the four-legged sightseer.

Hazel McGuire, head of marketing for Big Bus in London, said: “Like many of our guests, Mr Fox headed to the top deck for the best views of London but mindful of how far from home he may have come, we felt it was better to call in the experts at the RSPCA to help return him there.

“We hope he enjoyed his Big Bus experience and thank him for introducing our London visitors to the wilder side of life in the city; however inadvertently.” 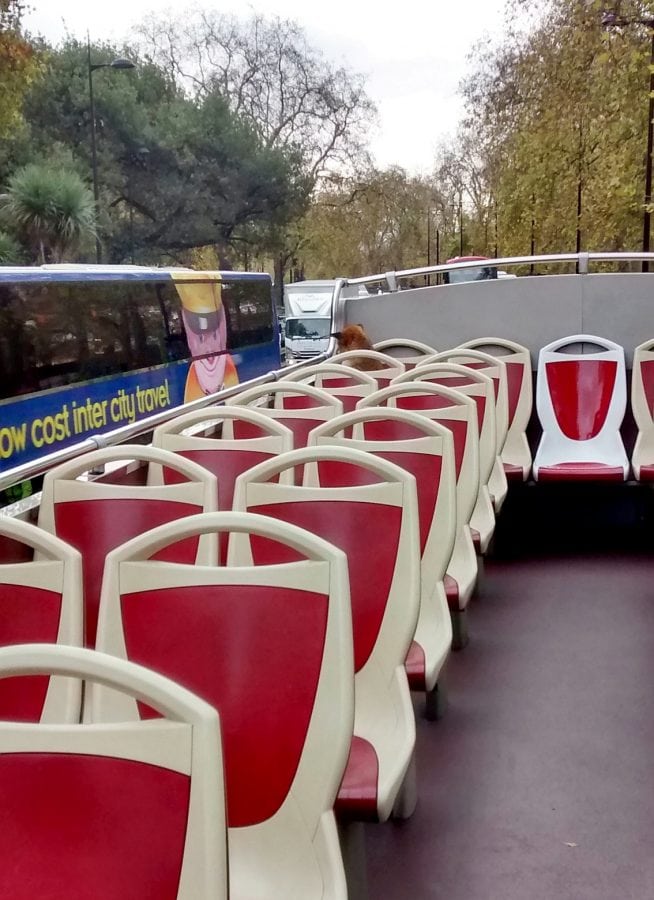 Jill Sanders, RSPCA animal collection officer (ACO), who went to Park Lane to catch the fox said the fox was cowering on the top deck behind a seat.

She added: “Nowhere does it say that a fox can’t travel. But understandably staff were a little concerned about the welfare of the fox – and that their customers may not appreciate sharing the top deck with Mr Fox.

“The man who called in said he thought the fox had boarded the bus at the depot before he was found cowering under a seat on the top level of the bus during a tour.

“I managed to carefully and safely catch the fox and contain him so the bus – and the tourists – could continue on their fun day out.

“After checking him over for any injuries, I took Mr Fox back to the bus depot and released him into some nearby undergrowth.”

The RSPCA urges people to take care around wild animals, to keep a safe distance and to report any concerns to the charity’s 24-hour emergency line.