Stacielea Doran, 30, posed for pictures in her Beauty and the Beast onesie after her festive mishap 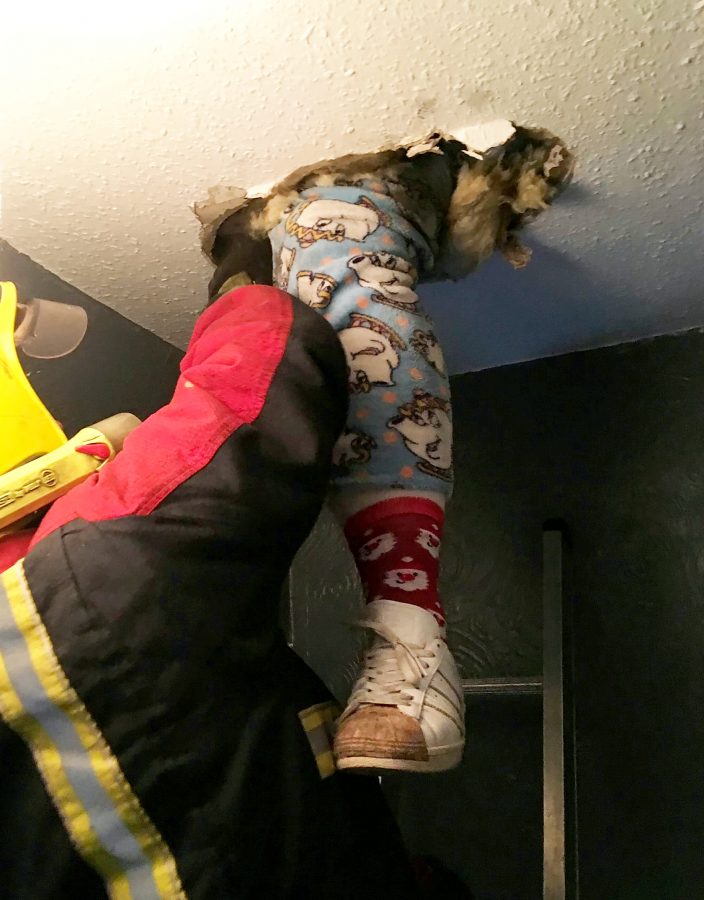 It’s everybody’s worst nightmare looking for the Christmas decorations in the loft at this time of year.

This poor woman suffered an epic Christmas fail when she misjudged her step and stepped right through the ceiling.

Stacielea Doran, 30, was wearing a Beauty and the Beast onesie when she got wedged in the hole with her legs dangling down.

After realising she was trapped, her partner Nicki Ball, 34, dialled 999 on Friday morning. 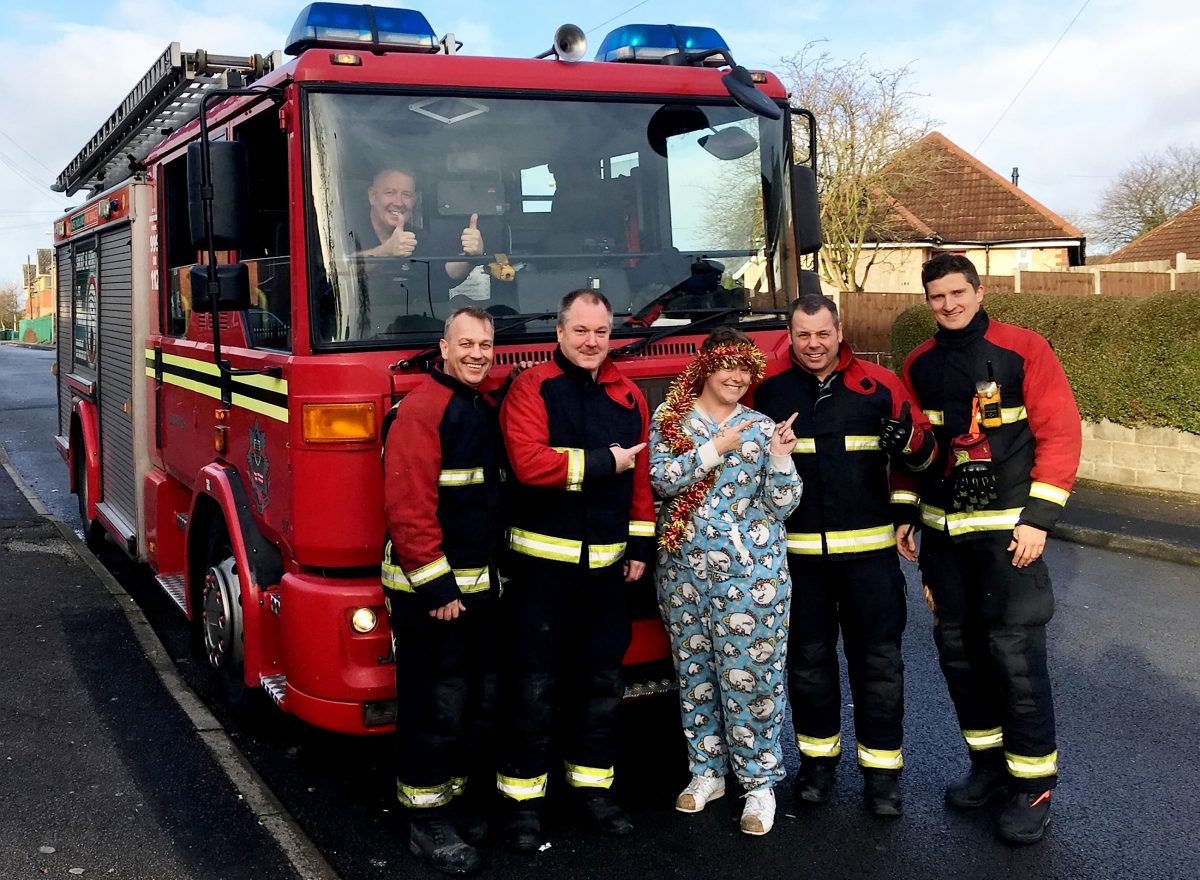 Firefighters dashed to her home in Bloxwich, West Midlands, and lifted Ms Doran down before posing for pictures by the fire engine.

Ms Doran said she and her partner Nicki Ball, 34, had returned from holiday when they decided to put up their festive decorations.

Ms Doran said: “When she came out and saw me she just laughed.

“Rather than helping me she took pictures.

Crew Commander Adam Lovatt added: “We received the call at 10:30am on December 7.

“On the way we were obviously thinking it could be quite a serious incident and there might be someone quite badly injured.

“Fortunately, I think it was embarrassment more than injury.

“I don’t think any of us have ever been called out to something like that before.”

Tweeting pictures of the bizarre incident, West Midlands Fire and Rescue Service said: “On the first day of Christmas, my true love gave to me: A person in a onesie.

“White Watch crews have responded to a lady who had fallen through the ceiling from the loft whilst retrieving Christmas decorations. Luckily no injuries were sustained.”