Dad-of-one Marek Chapanionek, 44, was defrosting his freezer at around 11.30pm on Monday (15/5) night when the woodland critter entered his house. The animal then “terrorised” the account manager’s property, eating a Nutri-Grain bar from the handbag of wife Caroline, 47, and terrifying two-year-old cat Dotty. Marek even called daughter Katherine, 19, who is a […] 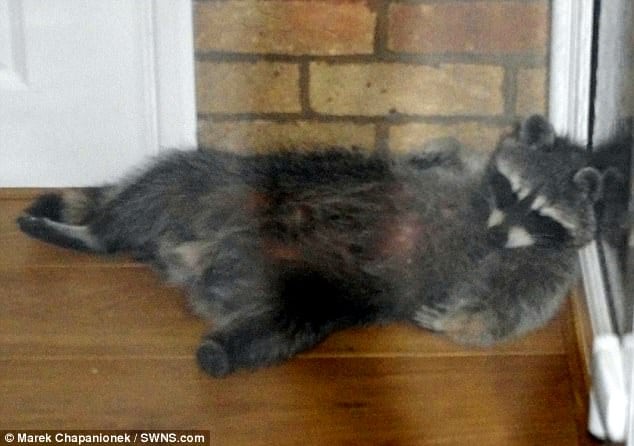 Dad-of-one Marek Chapanionek, 44, was defrosting his freezer at around 11.30pm on Monday (15/5) night when the woodland critter entered his house. The animal then “terrorised” the account manager’s property, eating a Nutri-Grain bar from the handbag of wife Caroline, 47, and terrifying two-year-old cat Dotty.

Marek even called daughter Katherine, 19, who is a second-year politics student at the University of Reading, as the creature rummaged through her bedroom drawers. Eventually the unwelcome guest settled down in Dotty’s cage, allowing Caroline, a midwife at Northampton General Hospital, to get some sleep.

Mr Chapanionek said: ‘He was looking through my wife’s bag, which she’d left out there. It was very frightening. He had these big eyes, and was looking straight at me.

‘Eventually he took out a Nutri-Grain bar, and rushed into my daughter’s bedroom.

‘Then he started rummaging around in the drawers, pulling out clothes and making a mess.

‘I tried to shoo him away, but he just hissed back at me every time. He was very aggressive. 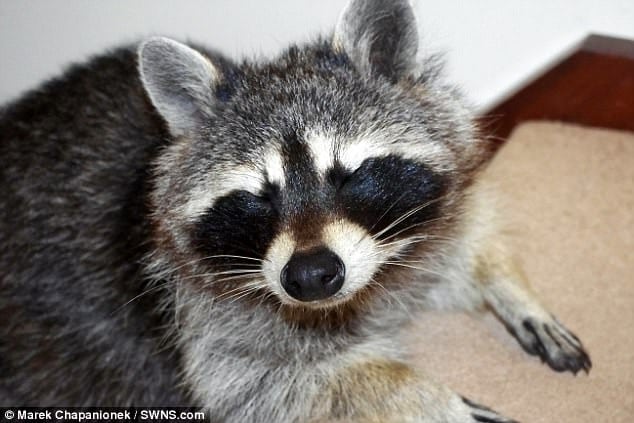 ‘He was very hyperactive, jumping on door handles and making a lot of noise.

‘It was terrifying, because he moved so slowly. You could never tell whether he was about to attack, or if he was just scared.

‘We thought he must have been someone’s pet because he seemed to know how to open doors.

Mr Chapanionek described the creature as ‘hyperactive’ and ‘aggressive’, hissing at him whenever it was shooed away

‘He was an incredibly inquisitive creature, and kept on following me. 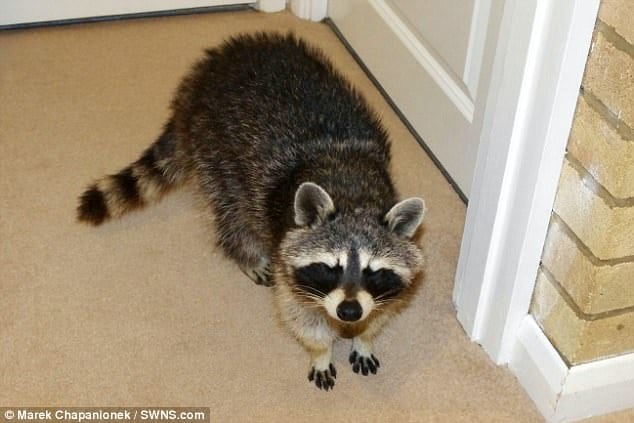 ‘I decided to lead him downstairs and into Dotty’s cat-bed, where he settled in. I threw a washing basket over his head, but he quickly got it off and wasn’t too happy.

‘I tempted him into the cat box, and locked the cage door, so that he couldn’t get out this time.

‘The RSPCA weren’t available when I phoned, and when I dialled 101 they told me I could let him out – but I know that they can damage other wildlife, so I didn’t want to do that. 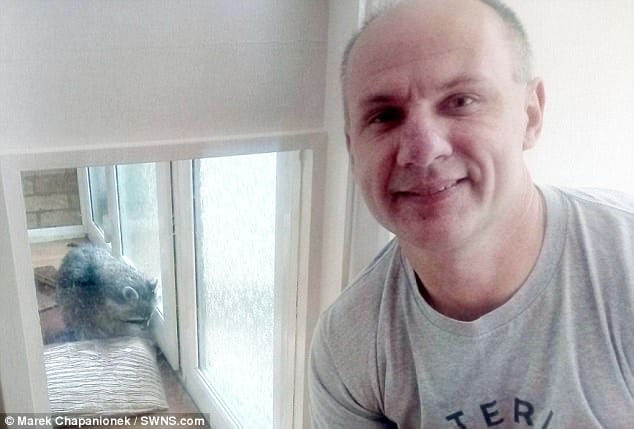 ‘I tried to go to sleep, but he kept on crying out and making a racket. It was a difficult night, and one that I certainly won’t forget.’

It is not known where the creature came from, but Mr Chapanionek believes it could only have entered the house through the cat-flap.

He added: ‘I had to work from home – I think my boss was quite confused when I explained it all to him.

‘The man from the RSPCA said in his 29 years working there he had never seen a raccoon in someone’s house before.

‘It was scary, and he caused a mess, but I miss him now that he’s gone.

‘He was a wonderfully curious creature, but I don’t think we could have a raccoon and a cat at the same time.’

Read “Hunt or Hug? Photographer Forms Friendship With Wild Fox Who Even Lets Her Hug Her” Click Here