The wife of a renowned lighting engineer for U2 and Pink Floyd admitted biting her six year old daughter and hitting her five year old son in the face, a court heard. Wealthy grandmother Susan Wynne-Willson, 69, is alleged to have abused three of her children, Poppy, Rosa and Daniel over 14 years from the […] 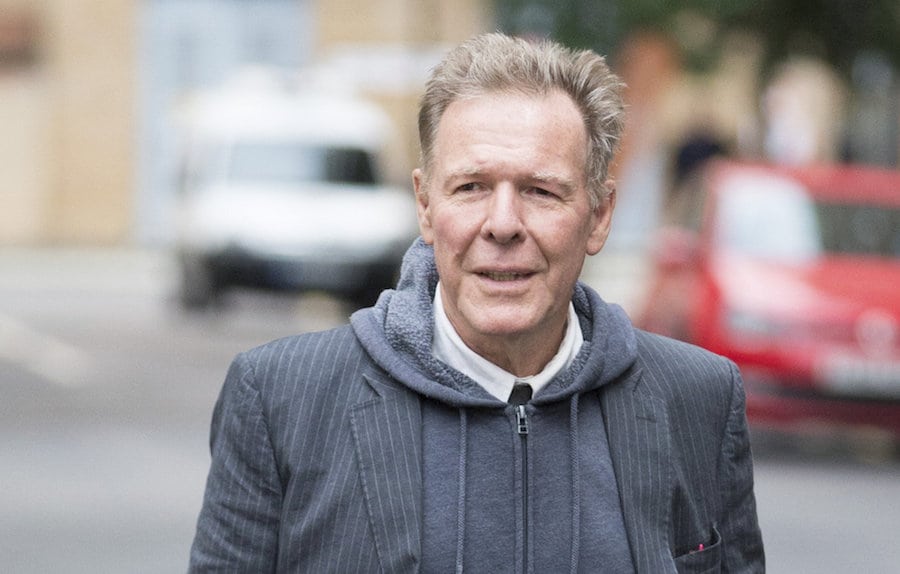 The wife of a renowned lighting engineer for U2 and Pink Floyd admitted biting her six year old daughter and hitting her five year old son in the face, a court heard.

Wealthy grandmother Susan Wynne-Willson, 69, is alleged to have abused three of her children, Poppy, Rosa and Daniel over 14 years from the age of four.

It is alleged daily abuse included, wrapping them in urine soaked bedding, hitting them and stuffing soiled underwear into their mouths to stop them from screaming.

Her adopted son Daniel Wynne-Willson, 40, was later pushed into taking an overdose of Nurofen tablets at university.

Daniel, who now works as an assistant headteacher and child protection officer, felt like a slave in his own home from the age of five until 18 when his mother treated him as inferior to his little brother Billy.

The wealthy grandmother accepts that she “at times” fell below being a perfect mother and accepted that there were issues within the family that were stressful, Blackfriars Crown Court heard.

She admits “lashing out” at her son, then aged five, and an incident where she bit her daughter Poppy then aged six.

The three children and their mother initially moved to a Covent Garden squat when she split from husband Peter Wynne-Willson but the couple, who are now divorced, got back together.

But when they all moved into a £700,000 north London mansion, Peter was often away working on lighting shows for Pink Floyd, U2 and later worked with bands including the Red Hot Chili Peppers, Radiohead and Coldplay.

Emma Goodall, defending, said: “Your mum accepts that there were occasions when things escalated and got out of control and one particular occasion she did lash out and hit you on the face.

“You would have been quite young, it was around the time when Billy was a young baby.

“Within the household at that time the stresses were at their greatest.

“There was one issue with trying to get the children out to school and there was an argument with you in your doorway and it escalated and she lashed out at you.

“It is not accepted that she ever punched you or that there was ever a black eye.”

She added: “In another incident your mum accepts all of the children were in the hallway, it could often be chaotic in the mornings, lots of shouting both by your mum and at your mum.

“It was a situation where the children were not doing what they were told.

“There was a very shocking incident where things escalated in a frantic situation, she nipped out at Poppy and there was a small bite.”

Before Peter and Susan Wynne-Willson’s marriage deteriorated the family had lived an idyllic life in North Yorkshire where they owned two horses, the children had music lessons and they all regularly visited National Trust properties.

Peter and Susan temporarily broke up for several years before getting back together and he was present occasionally when the family moved out of the squat previously shared by Peter and Pink Floyd singer Syd Barrett.

Daniel alleges he was forced to paint, strip wall paper, prepare meals and care for his baby brother Billy whilst also enduring daily beatings as a young boy.

Years later when Daniel proposed to his first wife he called up his mother to explain she would not be invited to the wedding.

He confronted her about the abuse and she denied it and said: “Well if that did happen, I’m sorry.”

Daniel, now dad to a 20-year-old daughter. said: “That phone call hurt me.”

He added: “I felt like a slave in the house, I was painting, decorating, stripping wall paper.

“It was pure hell what she put me through and I was completely different from my brother.

“The first time she attacked my brother he fought back and she ended up on the floor, he kicked her and I ended up being attacked by her because of his actions.

“This was a daily verbal abuse that I was a victim to and this is why I am here.

“This was abuse that went on so long that it led to the breakdown of my first marriage. It led to me trying to kill myself at university.

“It still affects me now, this is being told from the earliest age that you are not loved by your mum and that you are ugly, this happened non stop.

“I was doing duties that you would never expect any child to do, I was the one stripping the wood chip wallpaper off a five bedroom flat.

“I was cleaning the car, I was the one preparing the meals.

“My brother was allowed to sit and watch TV and have his friends round and have a nice time.

“The majority of chores felt like they fell on me.

“It was physical abuse up until the age of 11 then it became verbal abuse, it destroyed me.

“I lived my whole childhood in a state of complete stress, it always baffled me why she was stressed.

“We had more money than lots of people at school, the only person who created stress was my mother. She could create an argument out of anything.

“I was living in absolute fear.”