A father has vowed to withdraw his son from school until teachers stop giving him a daily detention – for wearing the wrong SHOES. Noah Stott, 12, has been given a detention three days in a row for wearing what teachers at Treviglas College said were trainers. His father Phil insists the black pair of […] 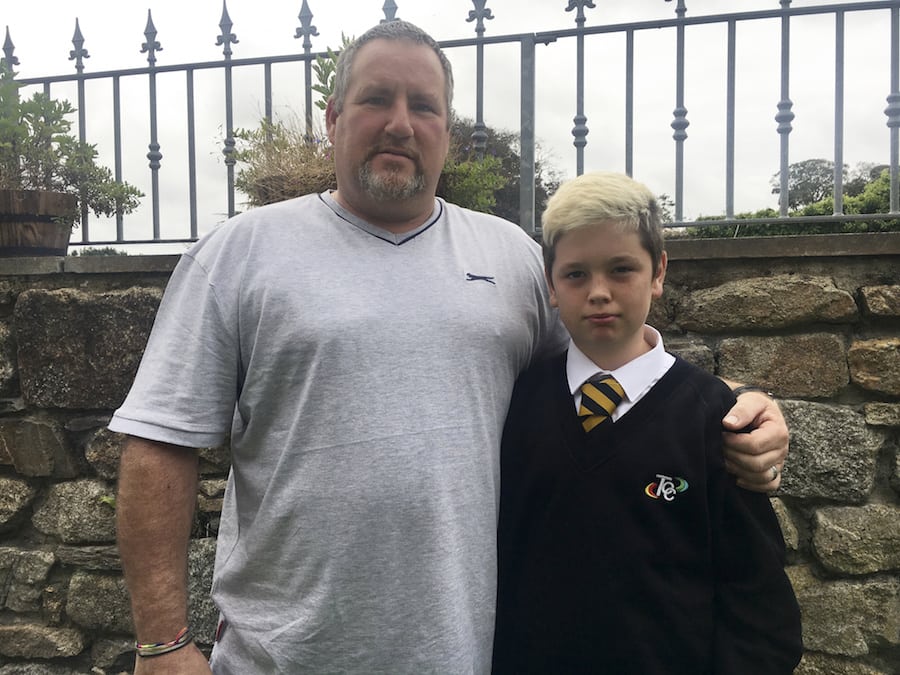 A father has vowed to withdraw his son from school until teachers stop giving him a daily detention – for wearing the wrong SHOES.

Noah Stott, 12, has been given a detention three days in a row for wearing what teachers at Treviglas College said were trainers.

His father Phil insists the black pair of Nike Air Force 1s, which retail at £74.95, were shoes as described on the brand’s website.

But the school said otherwise, and Noah has been told he will have to go to detention every day until he changes his footwear.

Mr Stott, who has two other children of primary school age, said: “We bought a pair of shoes on the Nike website, which are clearly classed as men’s shoes. They wouldn’t advertise something that wasn’t meant to be.

“As soon as he went in on Tuesday wearing the shoes, he was given a detention. So I phoned the school and told them that I’d pick him up and withdraw him.

“I had a little ten-minute meeting with one of the teachers, and they basically told me that if I don’t like the uniform rules, I should put him in another school.

“They also told me that if I commit to buying different shoes for next term [January], then he won’t be given another detention.

“He was given another detention on Wednesday and again on Thursday, so I’ve taken him out again.

“I’ll keep on withdrawing him until it’s sorted out, or at least until I go back to work on September 18. I’ll teach him at home if I have to. A few parents are taking their children out of school.”

Mr Stott, who lives in St Columb Major, Cornwall, said the shoes matched a pair which were included in the ‘acceptable shoes’ section of the school’s official uniform guide.

He said: “They are perfectly acceptable as school shoes and look very smart with his uniform. They are completely black, polishable and very good quality and most importantly comfortable, giving good support.

“As for brands, there are clearly branded shoes on the school website, including Deakins.”

Mr Stott also believed that if children were made to wear uniforms, teachers should too.

“School is difficult enough for the kids without being presented with these hurdles all the time. It’s a big scary place for the younger ones with a lot of peer pressure. To do this to Year 7s and 8s is disgusting, I think.”

Treviglas head teacher Michelle Dunleavy said that parents were told in June not to buy trainers for their children.

Mrs Dunleavy said: “In June we recognised that some of our students had started to wear trainers to college when our uniform policy requires that normal school shoes are worn.

“Uniform brings a feeling of equality amongst our students and so it is important that they all wear it correctly.

“All parents were notified in June that by the start of the new school year students must return to school wearing shoes rather than trainers.

“Most of our young people have returned to school looking incredibly smart and ready to learn.”