'Was there an element of it being in the police’s interests for her death to be self-inflicted, rather than the result of the abuse the police had failed to address when she was alive?" 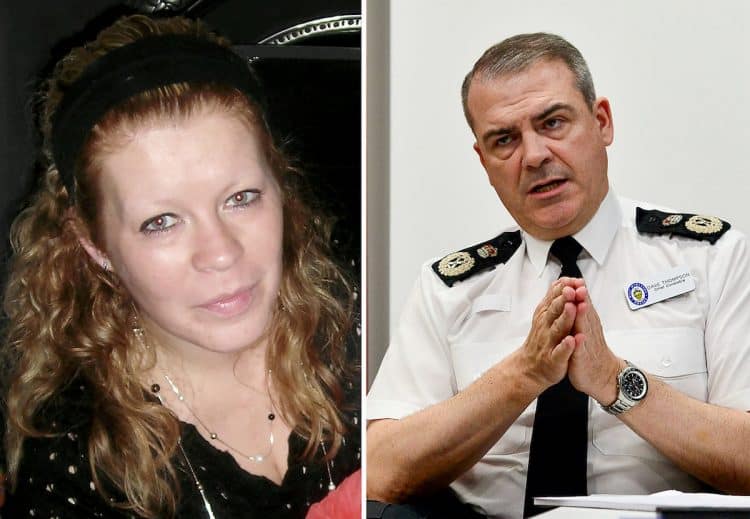 Police have paid “substantial” damages to the family of a mum who was choked to death by her violent partner – after initially claiming she died in a drug-fuelled sex game.

The bodies of Suzanne Van Hagen, 34, and her partner John Worton, 37, were found by her nine-year-old daughter on February 8, 2013.

The brave youngster dialled 999 and paramedics dashed to their home in Frankley, Worcs., where they found Suzanne lying dead in bed while Worton was on the sofa.

West Midlands Police initially told Suzanne’s devastated family she had been murdered by the fitness instructor who had then killed himself.

But the force later changed its view and issued a statement saying she died from a suspected drug overdose after alcohol and stimulant BZP were found in her system.

Detectives said that bruising around her neck was the result of a sex game and ruled the cause of death was an accidental drug overdose.

Suzanne’s family refused to believe the police’s version of events and lodged an official complaint against West Midlands Police.

The family claimed that before she died, Suzanne had reported Worton to police on eight occasions but no action was taken.

When her younger sister said Suzanne had been the victim of domestic abuse, a female police liaison officer replied: “Your sister had two legs and she should have used them.”

A police review in 2017 found that the Senior Investigating Officer in the case failed to make proper enquiries about marks to Suzanne’s neck.

Finally, after eight years, police have now apologised to Suzanne’s family and agreed to pay them substantial damages.

Suzanne’s mother, Ann Van Hagen, said: “My beautiful daughter Suzanne deserves to be remembered as she was, not as this person who the police tried to portray her as.

“Suzanne was one of the kindest, most thoughtful people you could ever meet.

“She loved spending time with her family and kept a very wide and long-standing network of friends.

“She worked hard to build a career for herself in insurance so that she could enjoy a good life with her daughter.

“Her love for her was immeasurable. Suzanne lived for the weekend so she could spend quality time with her, our family and her friends.

“Sometimes I think she is still with us which makes it easier to cope. We miss her every single day.”

Suzanne’s dad Les, who suffered a heart attack brought on by the stress of clearing his daughter’s name, said: “I don’t know if the police can imagine what it’s like to discover that the authorities knew your child was in danger but did nothing.

“It is an absolute betrayal of the trust we place in them. We tried to tell them our
concerns, but they didn’t listen.

“It is a wicked and cruel thing to let down a family in this way.

“It makes the pain we have suffered so much more difficult to bear, because we are left with the terrible knowledge that Suzanne’s death was avoidable.

“When we were finally given access to the property where Suzanne died there was clear evidence that Suzanne had tried to escape Worton’s control.

“Her suitcase was in the hallway, her clothes were missing from the wardrobe, a letter she’d written detailing the abusive relationship was in her handbag and her passport was found by her car.

“The police ignored it all. To us, this all demonstrates that Suzanne was at her most vulnerable just before she was killed.

“Then, having failed to protect her while she was alive, the police added insult to injury by failing to investigate her death properly.

“She was written off in death as she had been in life. We wonder if this was a case of guilty conscience, even if that was unconscious?

“Was there an element of it being in the police’s interests for her death to be self-inflicted, rather than the result of the abuse the police had failed to address when she was alive?

“We have had to fight every step of the way for justice for Suzanne and have had to do the police’s job for them.

“Had we not pursued this, at great personal cost, Suzanne would have been branded a drug addict and what happened to her would have been regarded by the public as her own fault.

“We simply could not let that happen.”

“On behalf of West Midlands Police, I wish to apologise for a number of failings by the force in the handling of Suzanne’s case, both before and after her death, and to acknowledge the immense, additional distress that this has caused to Suzanne’s family.

“We deeply regret a number of missed opportunities to investigate Suzanne’s circumstances more widely and to engage with her.

“We could and should have done more to protect Suzanne and her daughter from the abuse they were suffering.

“To compound the family’s pain, they were let down by a failure to properly investigate Suzanne’s death.

“I am deeply sorry for the many failings identified in 2017 when the Force conducted a full review of the investigation.

“I particularly recognise how hurtful and distressing the inaccurate press release issued in March 2013 must have been for the family.

“This influenced the subsequent press coverage and an incorrect narrative was created about Suzanne’s death that was difficult to shift.

“Suzanne’s family have had to engage in a long and arduous fight to understand the full truth about what happened to Suzanne.

“We deeply regret this.

“I can only hope that these words provide some reassurance to Suzanne’s family that the force has reflected on, and learnt from, its serious shortcomings.”

An inquest in 2014 revealed Worton was diagnosed with schizophrenia and suffered paranoia and auditory hallucinations and had a history of being abusive to former partners.

A post mortem found he had taken a lethal dose of paramethoxyamphetamine (PMA), also known as Dr Death or Pink Ecstasy.

Suzanne’s family finally proved she was killed by Worton after successfully appealed for a Domestic Homicide Review with the help of the charity Advocacy After Fatal Domestic Abuse (AAFDA).