by Guest Contributor
in Good News, Must Reads, Weird News 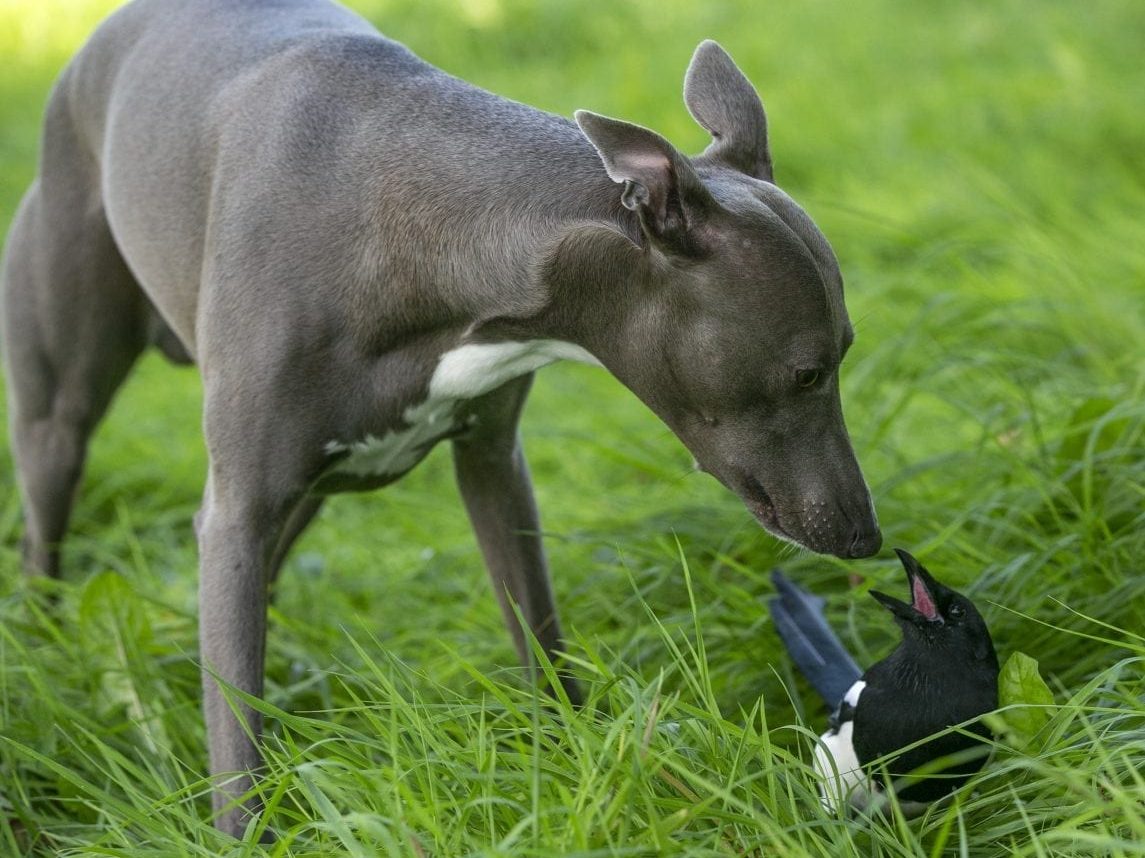 A magpie and a whippet have formed an unlikely friendship which sees them do everything together – from going on daily walks to sharing food and even a bed.

Mike the magpie and Boo Radley the whippet’s unusual friendship first blossomed after distressed Mike was found four months ago floundering on his own at just two weeks old. 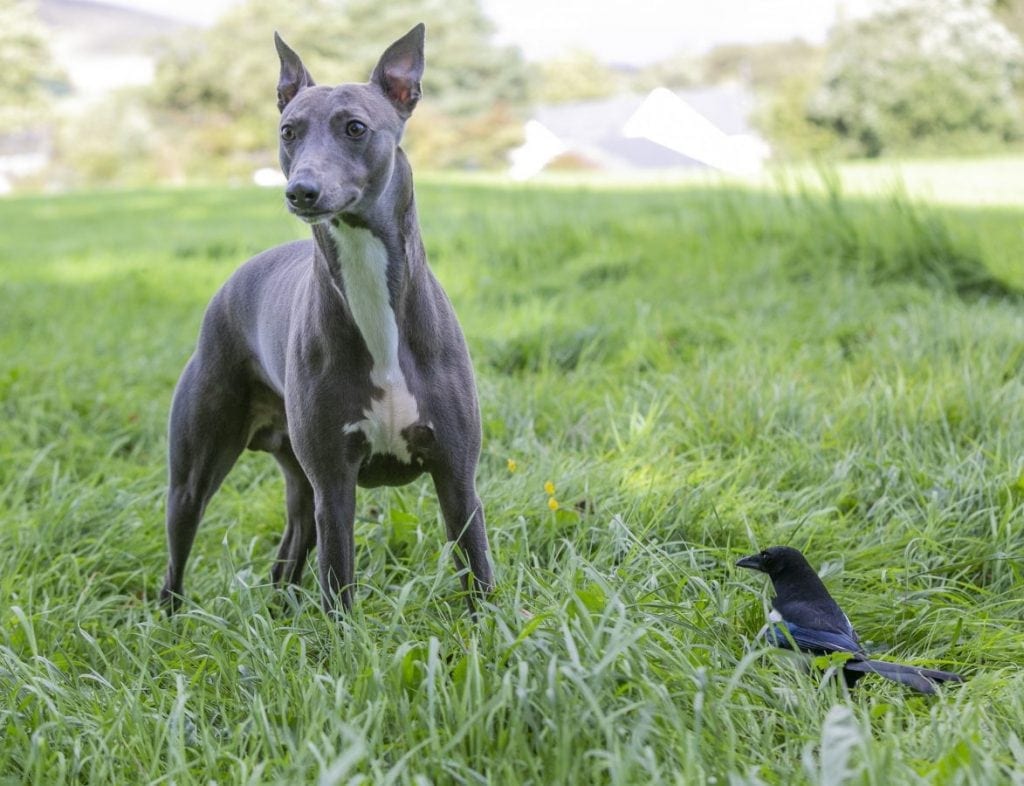 Boo’s owner Steve Rostron was out on an evening walk when the inquisitive pup sniffed out tiny Mike behind a telephone junction box.

Artist Steve, 44, believed poorly Mike may have fallen out of his nest from a tree above and was worried he might not survive.

So he and five-year-old Boo took the bird home and, along with Steve’s partner, Janine MacLean, the trio nursed Mike back to health.

However, when it came letting Mike back into the wild he refused to fly the nest – and decided he wanted to stay friends with Boo instead.

Mike and Boo’s friendship has gone from strength to strength and the pair often nestling up on the sofa to watch their favourite TV shows together. 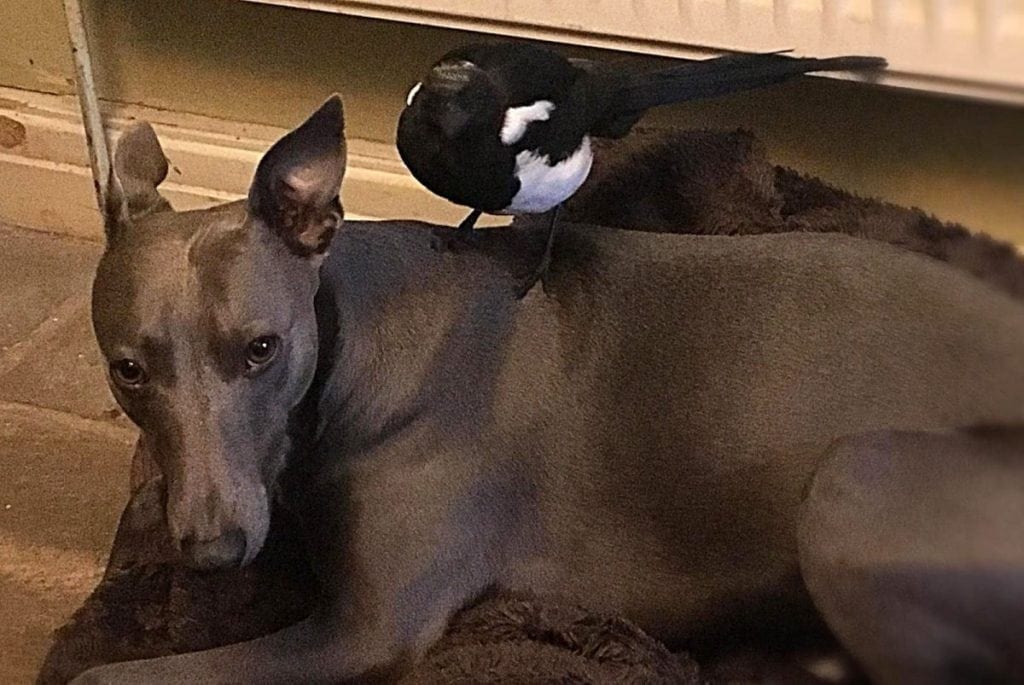 During daily walks for Boo, Mike often joins, flying ahead and waiting for Boo to catch up with him in thelocal park.

“When Steve first brought Mike home I didn’t think he’d make it through the night he was so tiny.

“He was really struggling I think he must have fallen out of a tree as he couldn’t have been older than two weeks old, he had virtually no feathers.

“We syringed fed him for weeks and weeks until he started to regain strength and bond with us and Boo, once he realised that Boo was a big friendly giant.”

It wasn’t long before the unlikely pair became firm friends and now Mike is a permanent member of the family.

Janine, who works as a teacher, said: “It was heartbreaking but also amazing when he had regained enough strength to go back into the wild.

“Me, Steve and especially Boo had formed such a weird but wonderful bond with him but we knew he had the right to be free as he was a wild bird.

“However, he refused to leave and now even when he does go for a fly wherever he wants, he always returns to the house.”

The wild magpie has proved himself to be quite the showman, catching the hearts of locals when he goes out for his solo travels by stealing sips out of their pints and flying into shops.

The social bird is not only famous in his village Sabden, Lancs., but he is proving to be quite the star online – and even has his own Wikipedia page. 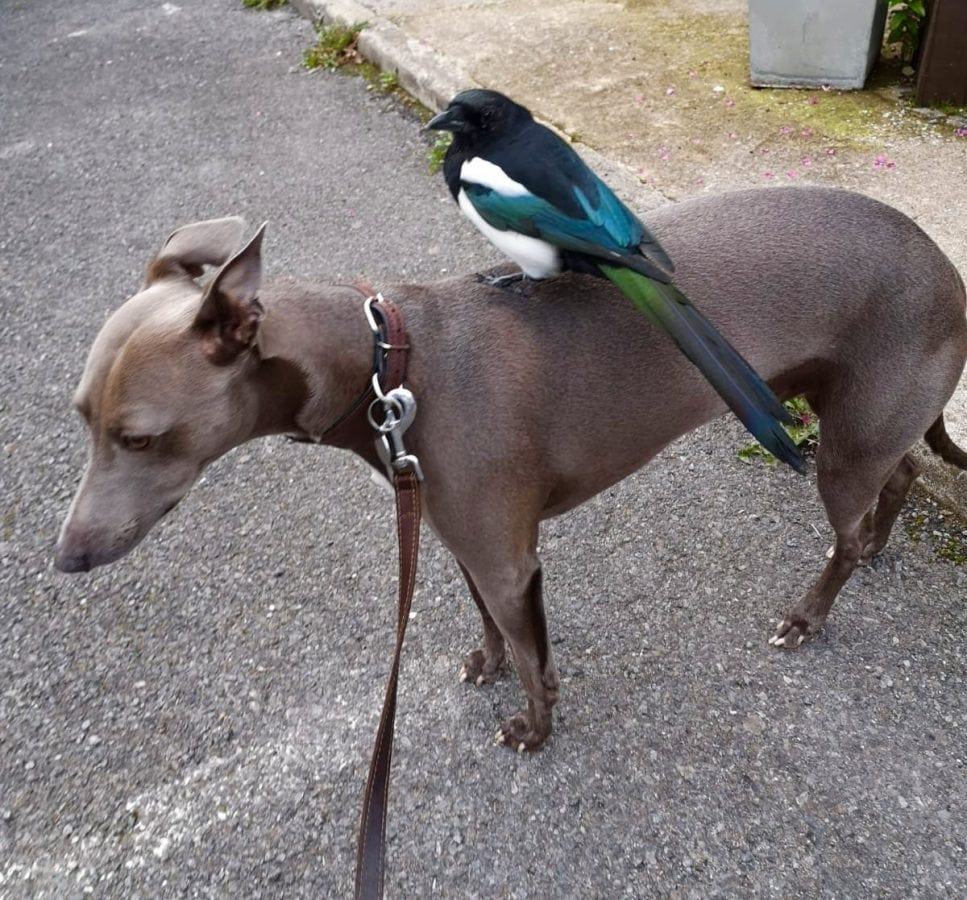 Speaking of Mike’s social antics, Janine said: “He loves people, he is always flying to the pub and stealing pints.

“He is such a social little man he is drawn to anywhere with a crowd, he goes to the park on Boo’s back to see the kids – everyone in the village knows and adores him.

“We have bought him a cage but he tends to prefer to sleep with Boo and through the day he is always free to go out and do what he wants. 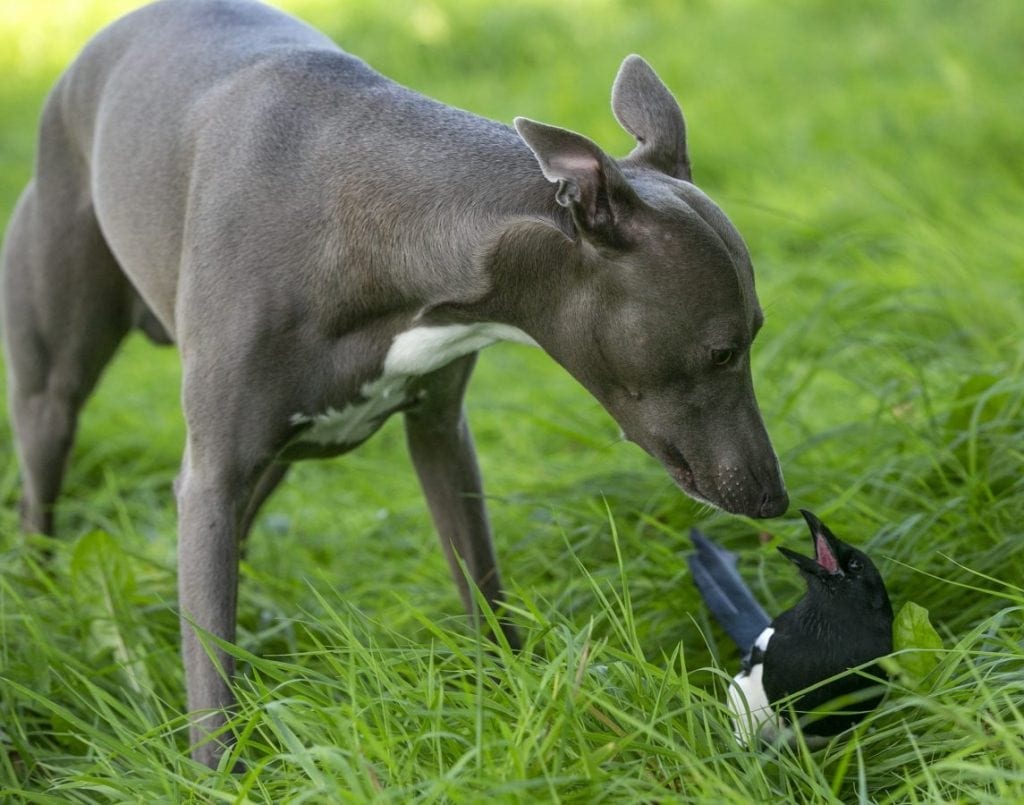 “He is a little superstar and his relationship with Boo is just magical. I couldn’t imagine our lives without him.”