The video was captured by Dave Perry near Sennen, Cornwall 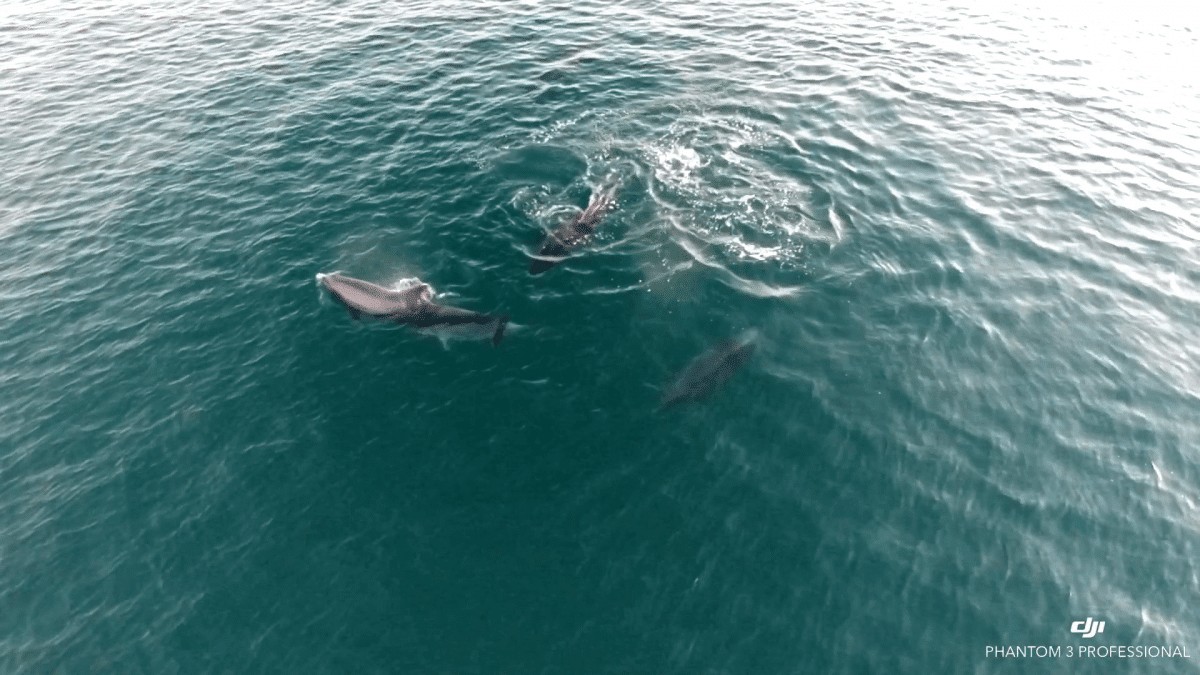 This drone footage shows the moment a pod of dolphins were filmed DANCING off the British coast.

Dave Perry, 32, was on holiday with his wife, Shelley, when they spotted three separate pods heading in the same direction.

He put up his drone and managed to capture the moment the three pods joined and started dancing in the waters off Hayle, Cornwall. 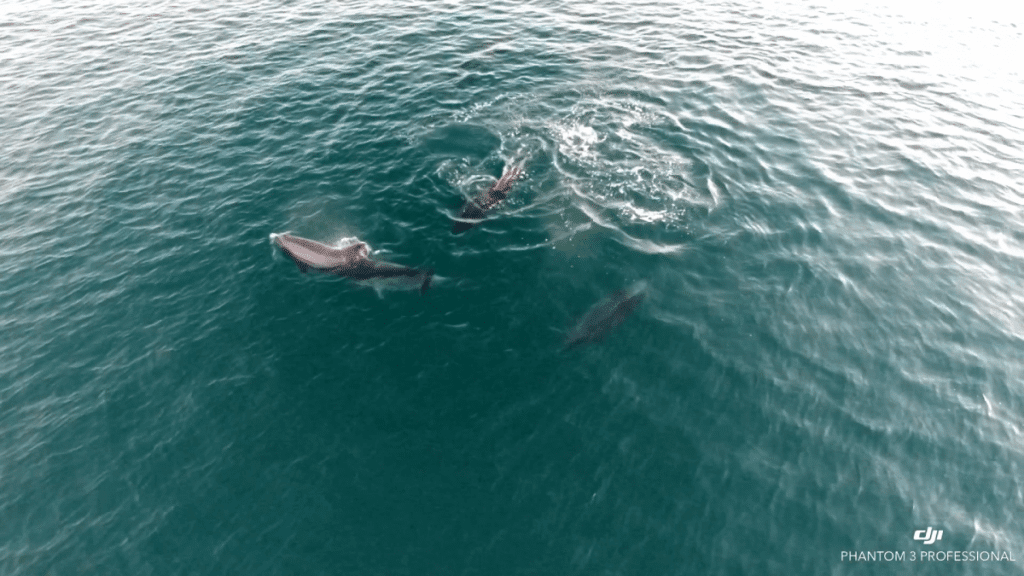 “We saw them on Hayle beach, we just happened to catch them out the corner of our eye.

“I flew my drone over and caught up with them, there was about 10 or 15 dolphins.

“There was a little baby calf under the mother, it was awesome.

“I’ve seen them before, last September there was hundreds of them, but this time I managed to get quite low over them.

“I filmed them for about 20 minutes but my battery was running low so I had to bring it back.”