A D-Day hero yesterday became the world’s oldest tandem skydiver – aged 101 and 37 days. Daredevil Verdun Hayes leapt from a plane at 15,000ft to glide into the record books. The great-granddad jumped with ten other people, including three generations of his family and the doctor who signed him off. He stole the world […] 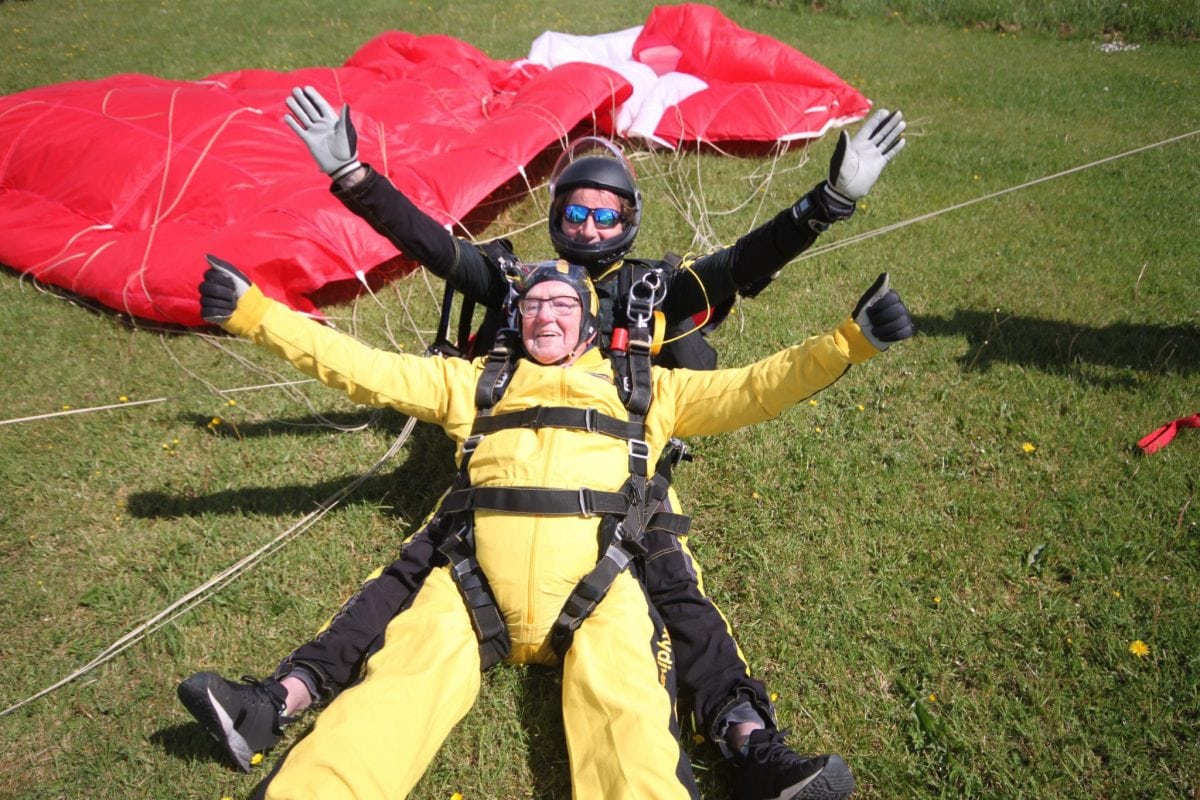 Daredevil Verdun Hayes leapt from a plane at 15,000ft to glide into the record books.

The great-granddad jumped with ten other people, including three generations of his family and the doctor who signed him off.

He stole the world title after knocking Canadian Armand Gendreau, who was 101 and three days when he jumped in 2013, off the top spot.

The sprightly centenarian, of Croyde, north Devon, jumped yesterday in Honiton, Devon, after the dive was postponed on Saturday due to the weather. It comes a year after the Second World War vet, who served during the D-Day invasion of Gold Beach, became the oldest Brit to complete the feat aged 100.

Verdun was named after the 1916 Battle of Verdun on the request of his dad Joseph Hayes, who served in the First World War as a Sapper with the Royal Engineers.

The soldier, who fought during the Battle of the Somme, wrote to his pregnant wife Mary from the front line suggesting the moniker. Verdun also served in the Army, as a Lance Corporal during the Second World War, and was a signaller and wireless operator for the Royal Signals.

While in the Forces he was caught up in an explosion that killed his friend, Sgt Edgar Robertson, and sustained shrapnel injuries to his ribs and hands.

The pair had been digging trenches together in Choux, France, when a German shell exploded nearby.

Verdun, who is a widow, said: “How I came home from WW2 I do not know. I was so near to the edge of everything.

“I lost any amount of friends in no time at all really. I just didn’t think I would ever return home. Surviving an explosion when others didn’t… I was just lucky I guess.”

Verdun was later awarded the Legion d’Honneur, the highest decoration in France.

After the war he worked in his family’s building business before becoming the secretary of the Somerton branch of The Royal British Legion in Somerset.

His jump was in aid of the charity, which provides support to the UK Armed Forces. Verdun said he’s “absolutely over the moon” about breaking the world record.

Before the skydive the centenarian was asked if he was excited and replied: “Absolutely, I can’t wait for it.”

Nail-biting footage then shows Verdun – kitted out in a jumpsuit and helmet – ascending in the plane and leaning out of the door at 15,000ft before making his exit.

Video of the 90-second flight captures him soaring through the air, grinning and giving the cameraman a thumbs up, before landing in a field.