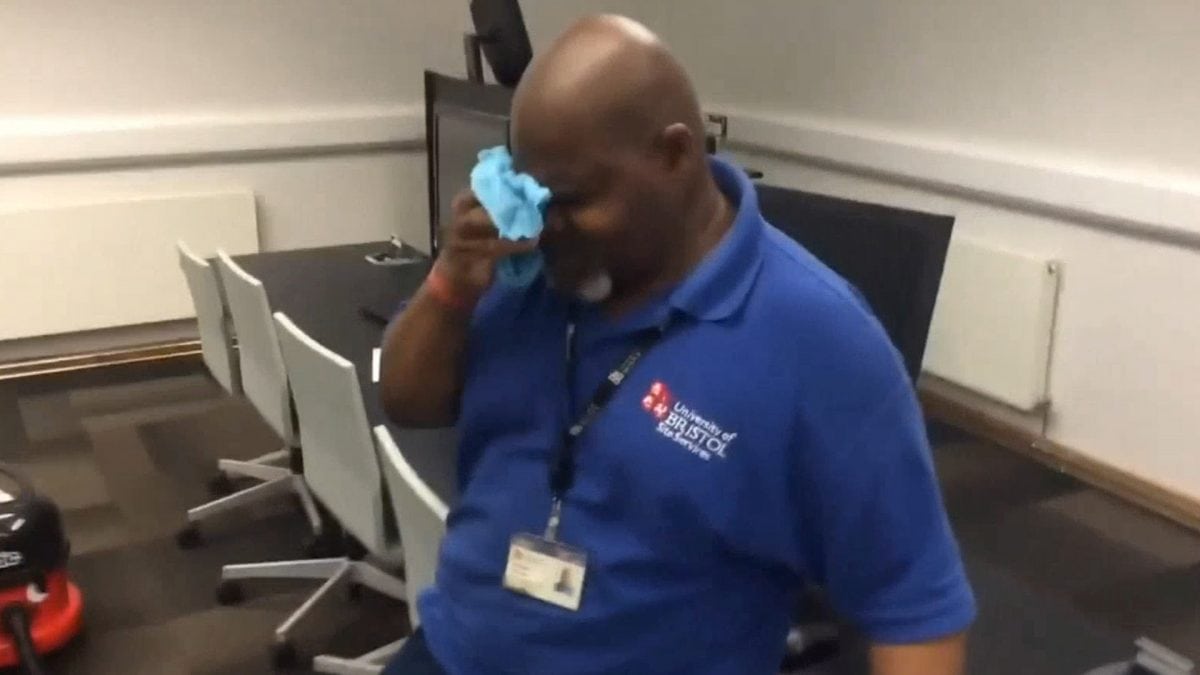 This is the moment a university cleaner broke down in tears after students raised £1,577 to send him and his wife to Jamaica on holiday to see family.

Herman Gordan, who has worked at Bristol University for more than a decade, is described as “one of the most loved” members of its cleaning staff.

A video shows a student hand an envelope of cash to a surprised Herman who immediately begins to tear up. 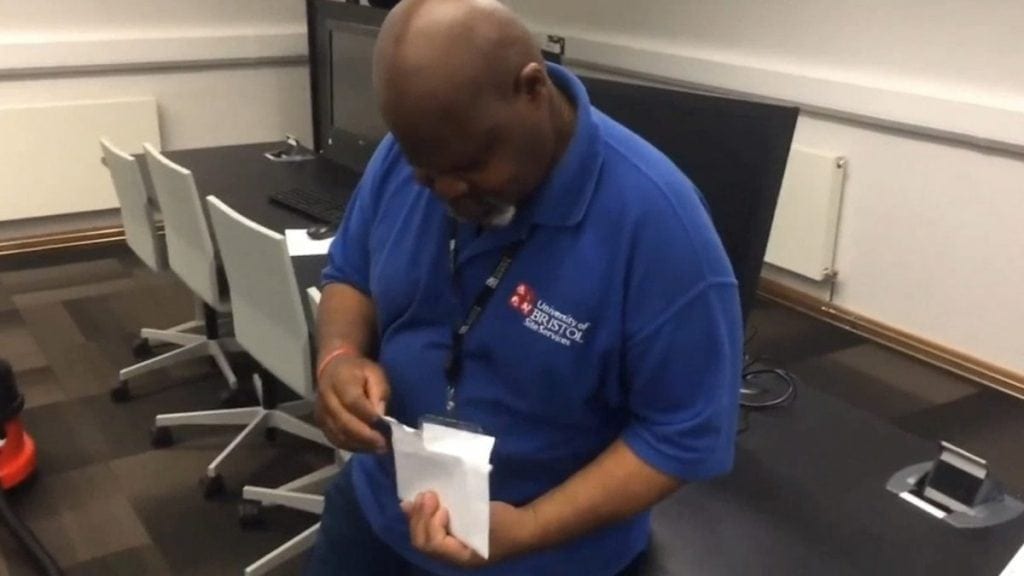 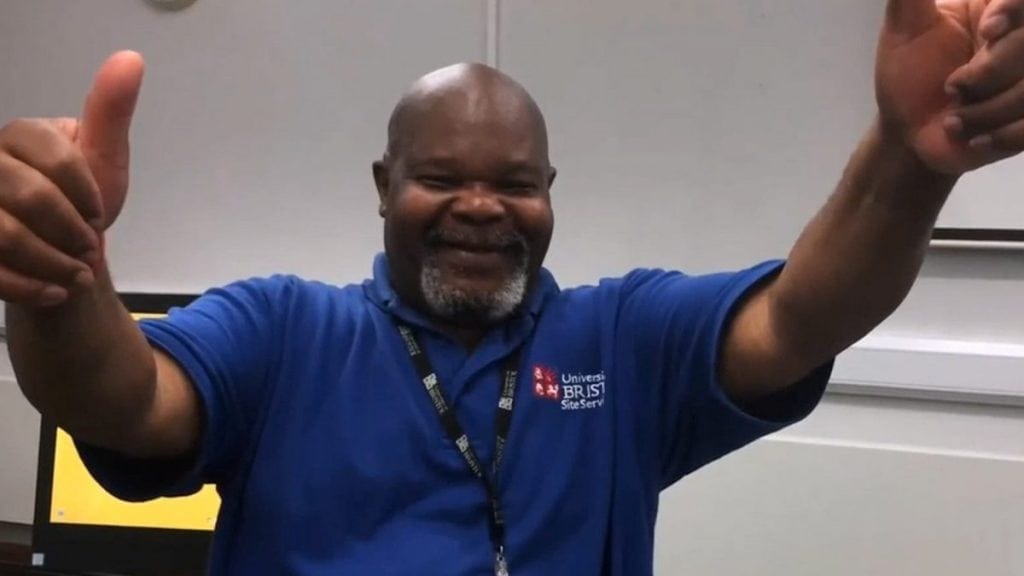 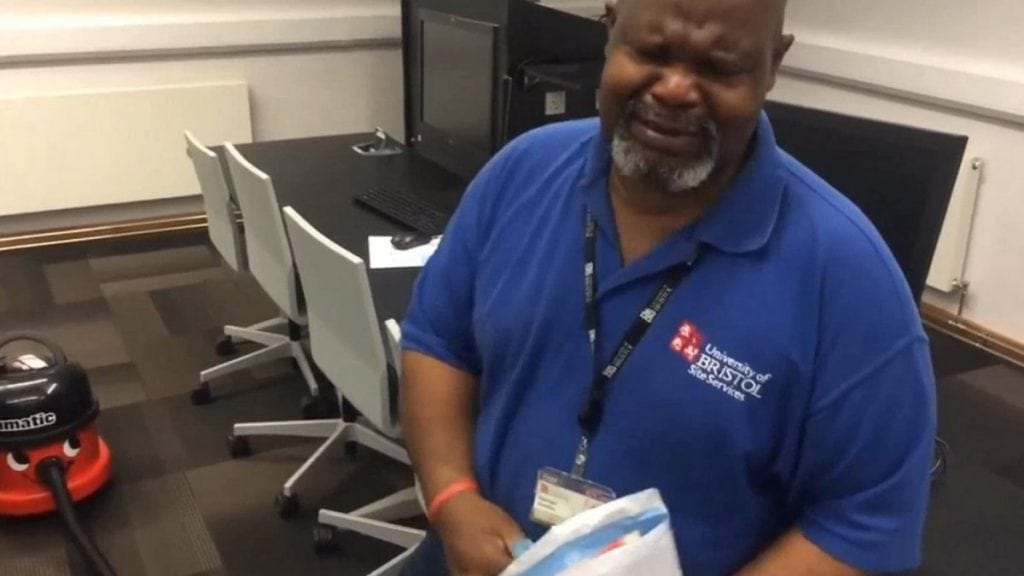 The creators of the JustGiving page thanked everyone for contributing to the incredible gesture.