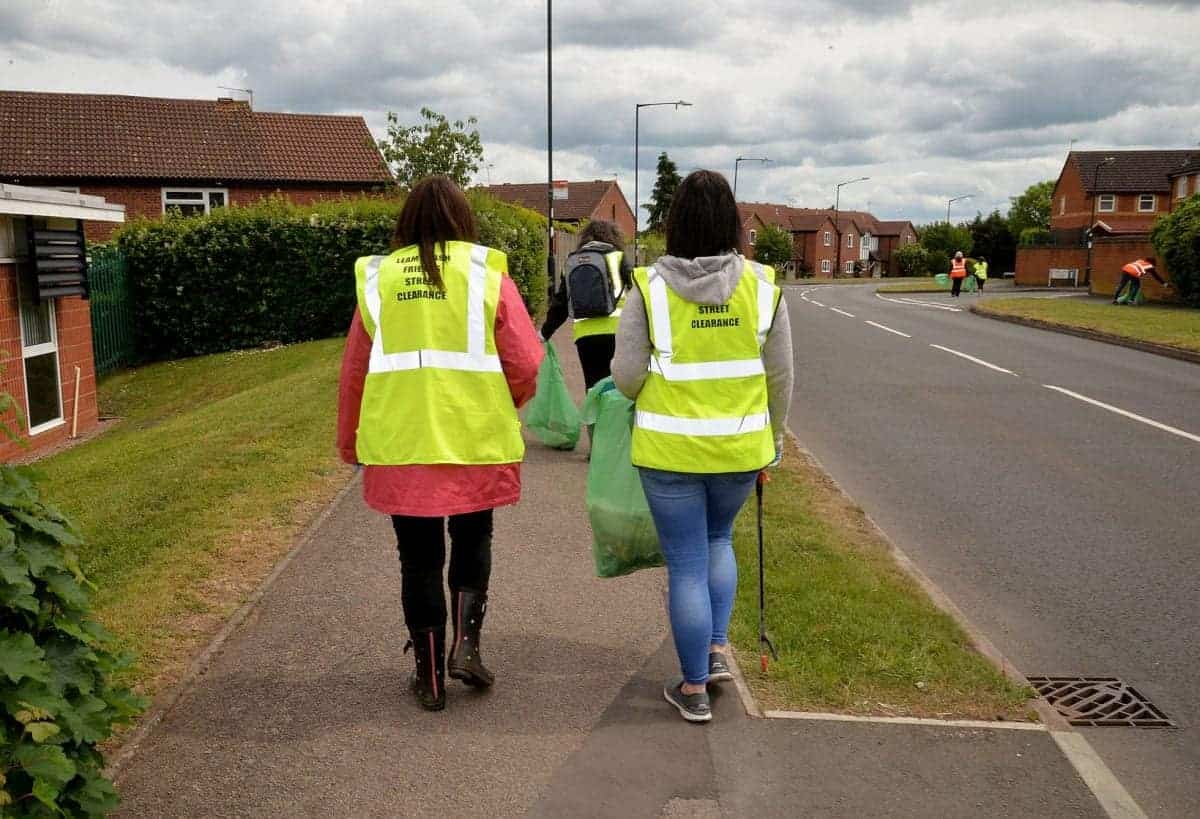 Litter-picking volunteers in a posh regency spa town were verbally abused by council contractors who accused them of stealing their jobs.

A team of volunteers under the name Leam Trash Friends clear rubbish including used drug needles from parks and grass verges.

Over the last six months around 30 volunteers have cleared tonnes of waste from around Leamington Spa, Warks.

But the group say they were abused by council contractors who confronted them during a litter-pick on World Environment Day on June 5.

A spokesperson for the volunteers said: “The contractors were swearing and said: ‘It’s people like you doing us out of work.’

“I’m very disheartened and upset to say the least.

“The contractors had been walking back and forth staring continuously at some of the volunteers and being aggressive.

“They were demanding our risk assessment and repeatedly refusing to remove the waste saying the council had told them not to.

“The council had agreed for them to collect the waste, even going to the extent of agreeing what would and wouldn’t be collected. I’m still in shock at their behaviour.

“It is not acceptable in any way shape or form.

“When people volunteer for us we must ensure we provide a safe, pleasant working environment for them to undertake work.

“Under no circumstances do we condone or accept the behaviour displayed.”
Warwick District Council confirmed it was launching an investigation into the incident.

A spokesperson said: “Warwick District Council have been made aware of a complaint and an investigation with our contractors Veolia is currently under way.”