The deer are believed to have come from nearby Dagnam Park which is just across the road from the estate in Harold Hill. 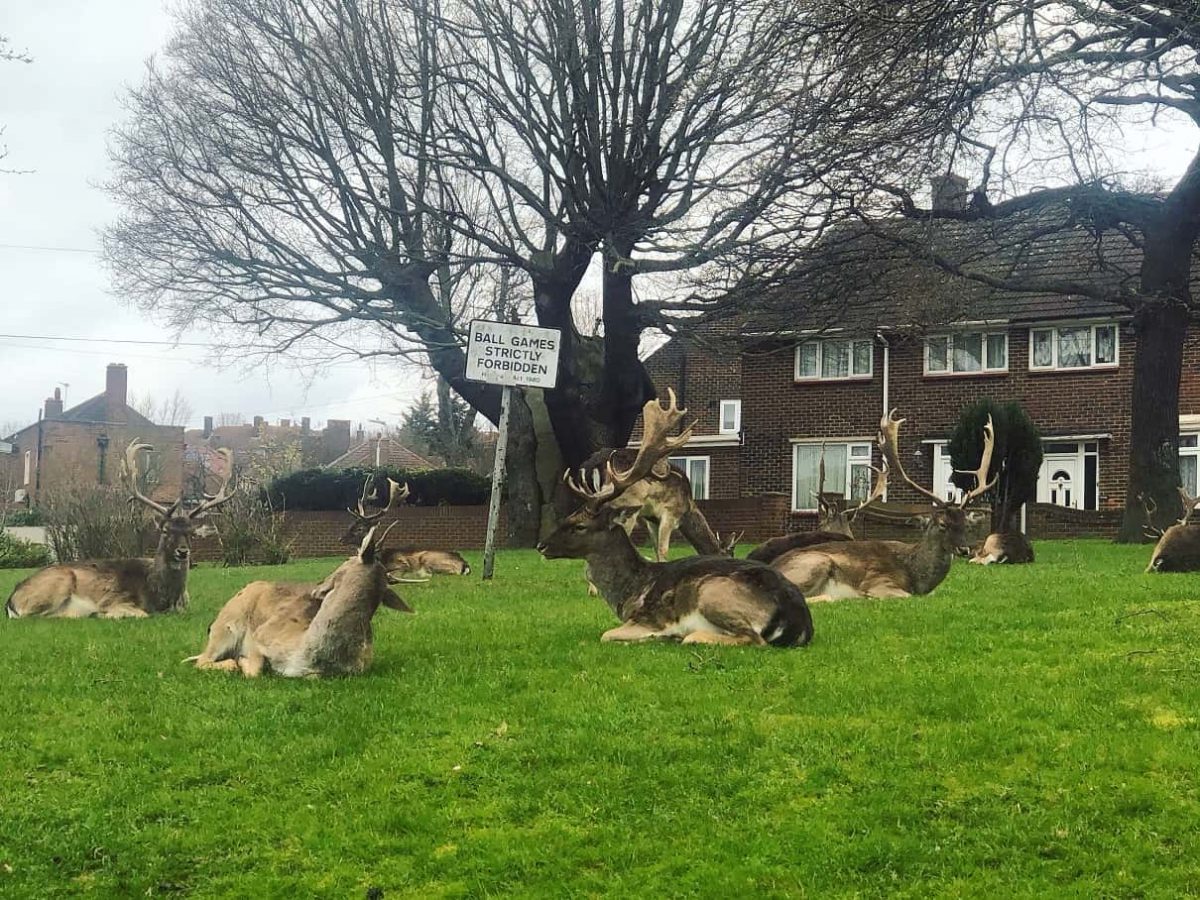 Nature has reclaimed the streets amid lockdown – including a herd of deer making their home on a housing estate in east London.

The deer are believed to have come from nearby Dagnam Park which is just across the road from the estate in Harold Hill.

But locals said there are now more than ever, since the streets have become more traffic and people-free.

The herd has grown, and photos show dozens more than usual lounging on lawns.

Dean Zetter, 50, was working in the area when he was surprised to see around 20 sitting on the grass.

The council street works inspector said: “I came across them just lying around.

“Residents, some with their dogs, just left them alone, and the dogs didn’t bark or startle them. It was a beautiful start to the day.

“This was the first time I had seen them, but seen them twice now.

“Apparently they are quite common – but there were around fifteen to twenty.

“They just continued lying there chewing the grass.

“I think it’s because it’s quieter.”