Police officer Dennis Turner was fired shortly after the arrest. 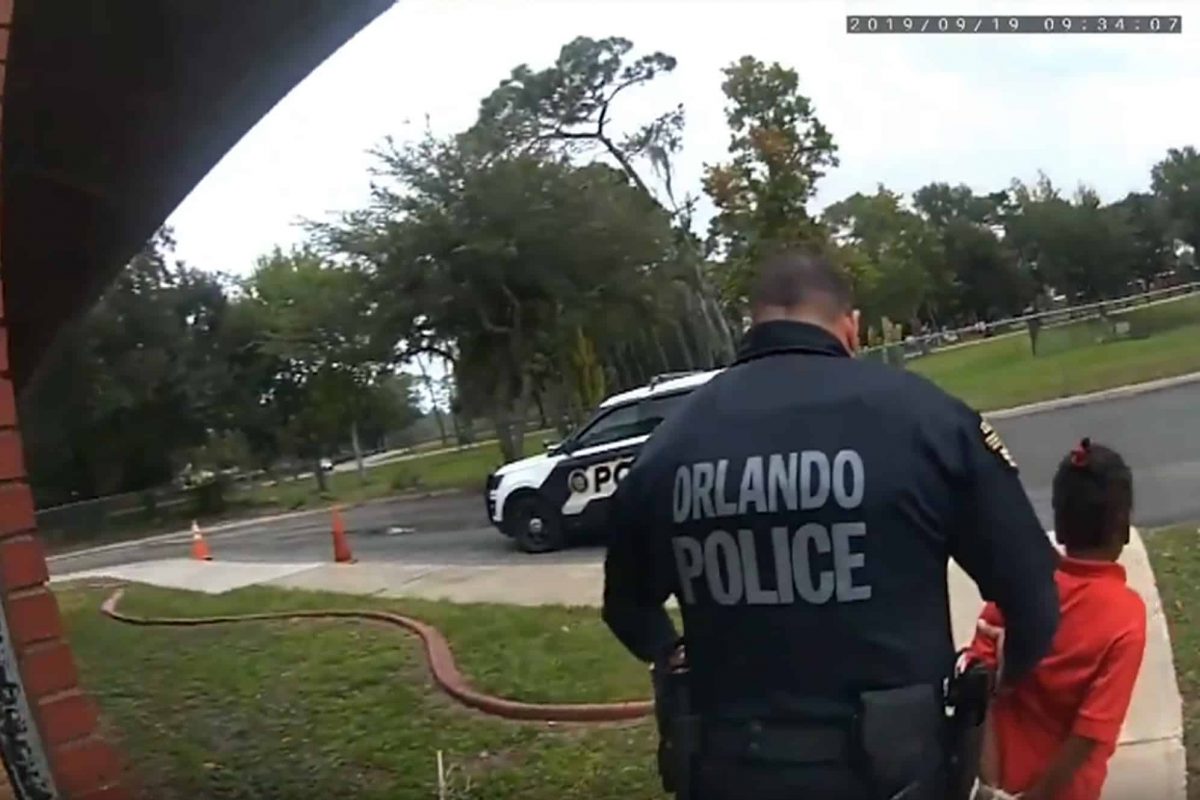 A US police officer’s body camera showed a six-year-old girl crying and begging officers not to arrest her, as one fastened zip ties around her wrists at school.

The video Kaia Rolle’s family shared with media outlets shows the girl being arrested in September for kicking and punching staff members at her school in Orlando, Florida.

“What are those for?” Kaia asks about the zip ties in the video.

“They’re for you,” police officer Dennis Turner says, before another officer tightens them around her wrists and Kaia begins weeping.

Turner was fired shortly after the arrest. Orlando police chief Orlando Rolon said at the time that Turner did not follow department policy of getting the approval of a watch commander to arrest someone younger than 12.

“Help me. Help me, please!” Kaia pleads through tears.

As she is being walked to the vehicle, she cries, “I don’t want to go in a police car.”

The second officer, who has not been identified, responds: “You don’t want to? You have to.”

“Please, give me a second chance,” Kaia says.

The video shows the officer lifting the sobbing girl into the back seat of the police vehicle and putting a seat belt around her.

A short time later, Turner returns to the office to talk to school administrators, who appear dismayed by what they have witnessed in the school office.

The officer tells them that the juvenile detention centre where Kaia was headed is “not like you think”. Turner tells the administrators he has made 6,000 arrests, including a seven-year-old.

When school employees tell the officer that Kaia is six, not eight like he thought, he replies: “Now she has broken the record.”