A nationwide clap will be held at 5pm on Sunday July 5, the 72nd anniversary of the service. 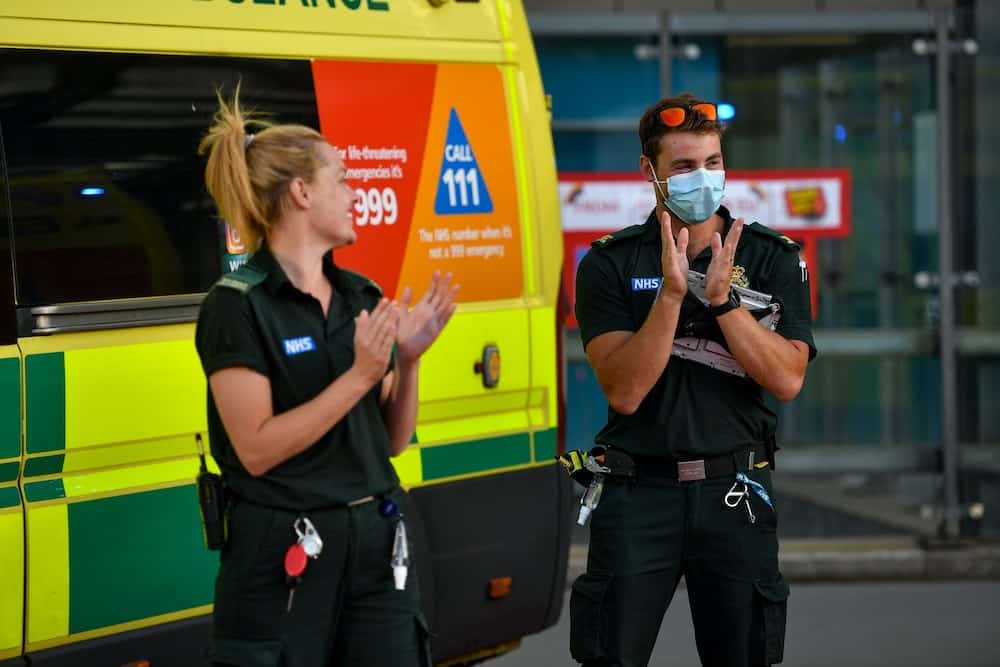 A nationwide clap to thank the NHS will take place next Sunday, which is hoped to become an annual tradition.

Following the success of the weekly Clap for Carers, people will be encouraged to reflect on the heroes of the pandemic with family and friends at 5pm on July 5 – the 72nd anniversary of the NHS.

Broadcasters will also suspend transmissions for a moment as a mark of respect.

On July 4, the evening before, people will also be asked to put a light in their windows in remembrance of those lost to the pandemic.

Public buildings will also be lit up in blue for the NHS including the Royal Albert Hall, Blackpool Tower, the Shard and the Wembley Arch.

NHS chief executive Sir Simon Stevens said he hopes the public will use the anniversary as an opportunity to “say a heartfelt thank you” to hospital staff.

Sir Simon said: “This year has been the most challenging in NHS history, with staff displaying extraordinary dedication, skill and compassion to care for the 100,000 patients with Covid-19 who needed specialist hospital treatment and many others besides.

“During this testing time our nurses, doctors, physios, pharmacists and countless more colleagues were sustained by the support of the public, not least through the weekly applause for key workers.

“No health service, not even the NHS, could have coped alone with this coronavirus pandemic.

“From bus drivers and teachers to care staff and food retailers and, of course, the public who took action to stay at home to stop infection spreading, everyone played their part.”

Chief executive for NHS Wales Dr Andrew Goodall said Clap for Carers was “very much embraced” in Wales and he is “delighted” to support the clap on July 5.

“I know communities across Wales will want to pay tribute and thank everyone who has played their part in supporting our nation through this pandemic,” he said.

The nationwide clap has been organised following a letter from the Together coalition, in which influential figures including Sir Simon and the Archbishop of Canterbury the Most Rev Justin Welby voiced their support for making July 5 an official day of commemoration.