The vehicles were attacked in a series of incidents in Bristol on Monday night – hours after Boris Johnson told people to stay at home. 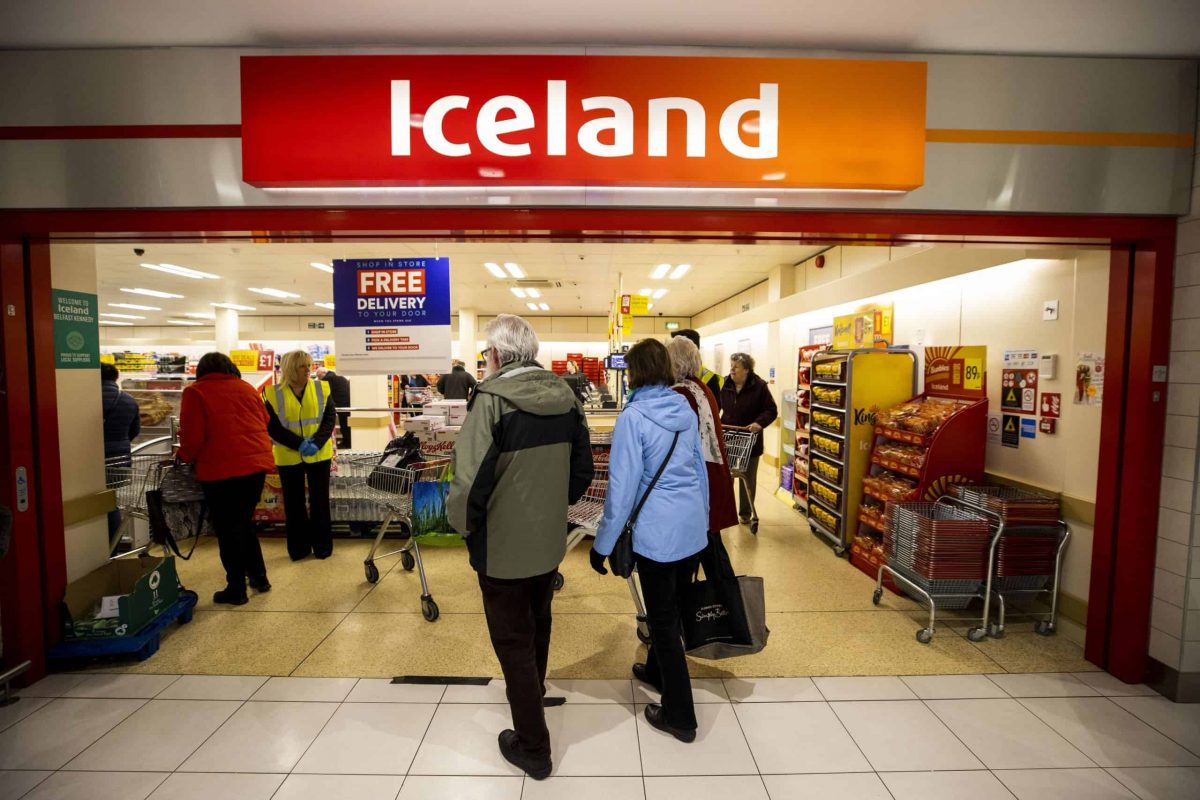 The delivery vans were destroyed in the attack outside an Iceland store in Arnside Road, Southmead, Bristol, on Monday night.

Richard Walker, managing director of the retailer, said: “At a time when home delivery is literally a lifeline for some vulnerable people, this is sickening.”

In a statement, Iceland said the disturbances began at around 9.30pm.

“Police riot vans were called out and youths threw missiles at the police as they tried to disperse them,” the retailer said.

“Later in the evening the two home delivery vans parked outside our Southmead store were set alight and the fire brigade attended to put out the fire.

“The vans will both have to be written off. We believe this to be an act of mindless vandalism rather than a targeted attack on Iceland.”

It added: “While we can and will bring in replacement vans to maintain our home delivery service in Southmead, our entire van fleet is running at absolutely full capacity at the moment, and it is shocking and distressing that anyone would act so callously to put vehicles out of service at precisely the time when they are most needed to deliver food to the most vulnerable people in our society.”

Avon and Somerset Police were also investigating other incidents that took place in Henbury and Southmead, including criminal damage and a car being set on fire.

The force said several incidents took place between 10pm on Monday and 12.30am on Tuesday, including:

– Someone having a brick through their window in Tranmere Avenue.

– Cars being smashed up in Ullswater Road and Strathearn Drive.

– A car set on fire in Charlton Lane so close to a house that the family had to evacuate to the back garden until it was made safe.

Patrolling officers came across the Iceland van fire and called it in while officers were flagged down by a member of the public over the car damage in Strathearn Drive.

Chief Inspector Mark Runacres said: “Just hours after the Prime Minister announced that everyone in the country should stay home to save lives, it is beyond belief that anyone would be so reckless and thoughtless.

“Officers were already patrolling the area following recent instances of anti-social behaviour and we’ll continue to do so.

“We put an order in place last night to give officers extra powers to disperse groups and will continue to use our existing powers to tackle this problem.

“We are working with our communities and partners to identify and take appropriate action against those responsible. If you have any information which could help, get in touch.

“We believe that a group of teenagers were involved in these disturbances. I have one message for them, their parents and carers. Stay at home. Save lives.”