Two beggars have been kicked out of a posh city suburb – but locals have launched a campaign to bring them back. Homeless Glen Holland, 45, and Daniel Hirst, 46, have been turfed out of Clifton Village and banned from begging anywhere in Bristol. Bristol City Council obtained a court order which stops them from […] 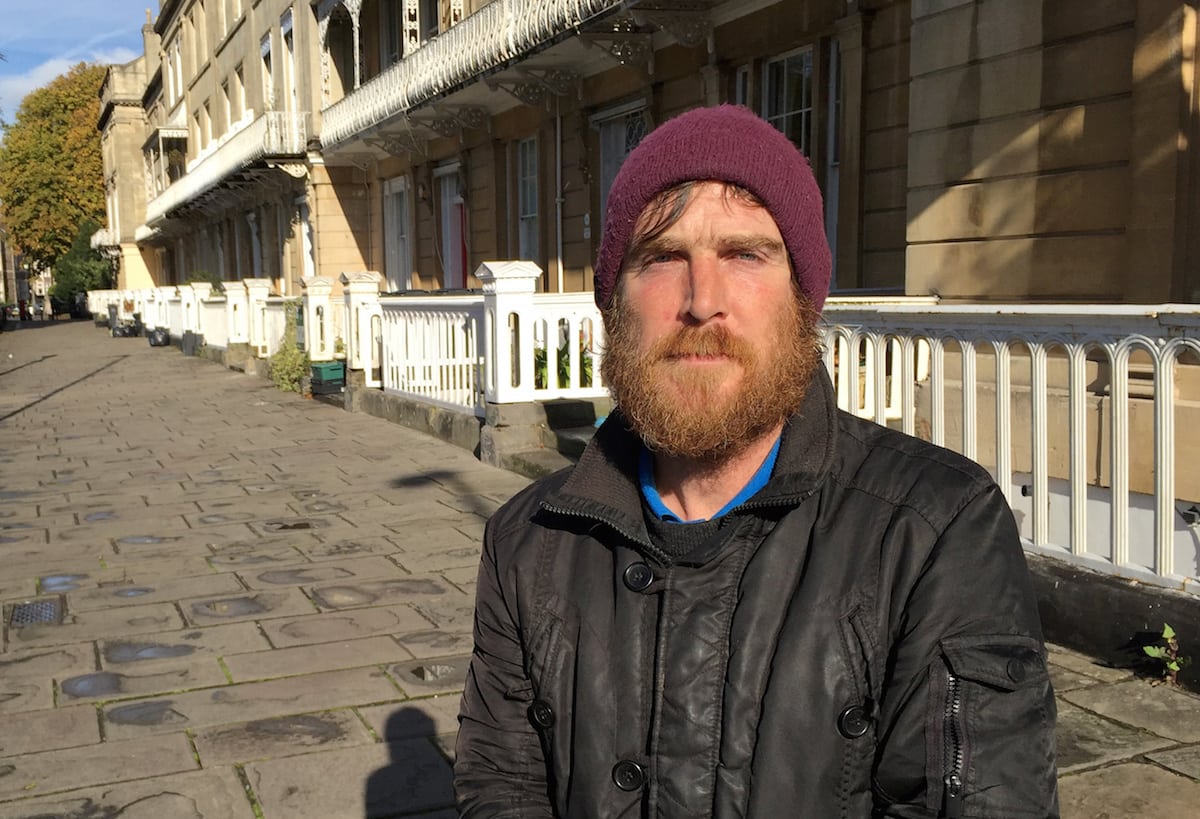 Two beggars have been kicked out of a posh city suburb – but locals have launched a campaign to bring them back.

Homeless Glen Holland, 45, and Daniel Hirst, 46, have been turfed out of Clifton Village and banned from begging anywhere in Bristol.

Bristol City Council obtained a court order which stops them from “loitering or approaching people for the purposes of begging”.

But residents in Clifton Village have started a support campaign – saying they have done nothing wrong and are not aggressive.

Around a dozen businesses in the affluent area have signed a letter asking for the ban to be overturned and residents said they were planning to start a petition.

Both Glenn and Daniel have been forced to sleep in a shed in a graveyard.

Glenn was made homeless about a year ago after his dad and stepdad died.

Family relations became strained and arguments with his landlord meant he was forced out of his home in Exeter and onto the streets of Bristol.

Daniel has been homeless for 15 years and is well-known to residents of Clifton Village.

But the pair said last year the council started “targeting” them, asking them to move on from their usual spots before kicking them out altogether.

“It came as a surprise to us, I was shocked. They came up with some paper work, but I thought it was a joke.

“It was a farce. I don’t trust the homelessness team. They say they’re there to help, but they’re just trying to move us away. We don’t harm anyone, we are not aggressive.”

Danny added: “My family relationships broke down and I just ended up on the streets. I’m mostly in Clifton because people are nice here. I get to keep away from the problems in the city centre.

“I was sitting on the streets when they told me I had to go to court – for begging. I was just shocked, I don’t get it. I have been here for a long time, I don’t really know what to do next.”

One resident, Susie Nott, said: “I’ve known the both of them several months, and they are kind and quiet. They’re not aggressive at all, I’ve never felt threatened when I’m with them.

“A lot of people in Clifton Village know them. They always say hi, and sometimes we stop to have a chat. I know it’s not just me who feels this way, but a lot of people as well.”

A spokesman for the council said: “Begging is a form of anti-social behaviour and is a criminal offence. Begging has a negative effect on both the individual and the local community.”

“As well as preventing the anti-social behaviour and protecting the local community, the injunction will also put positive requirements in place to support the individual.”