The reptile, 18, was found by a zoo attendant on their way to work 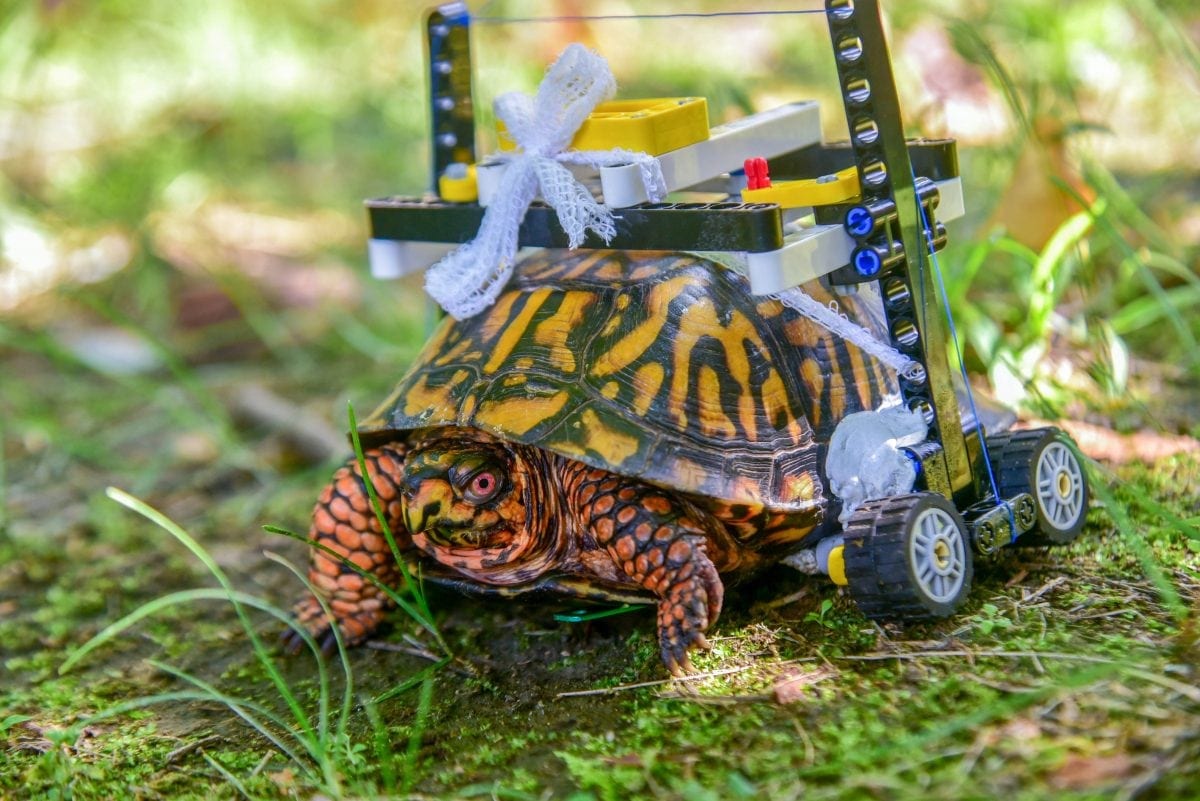 A turtle injured in a hit-and-run is learning to get around again thanks to a custom wheelchair – made entirely from Lego.

The 18-year-old reptile was found fighting for its life in the middle of the road by a zoo attendant travelling to work.

Staff at Maryland Zoo in Baltimore, US, discovered the crash had shattered its shell into seven pieces. 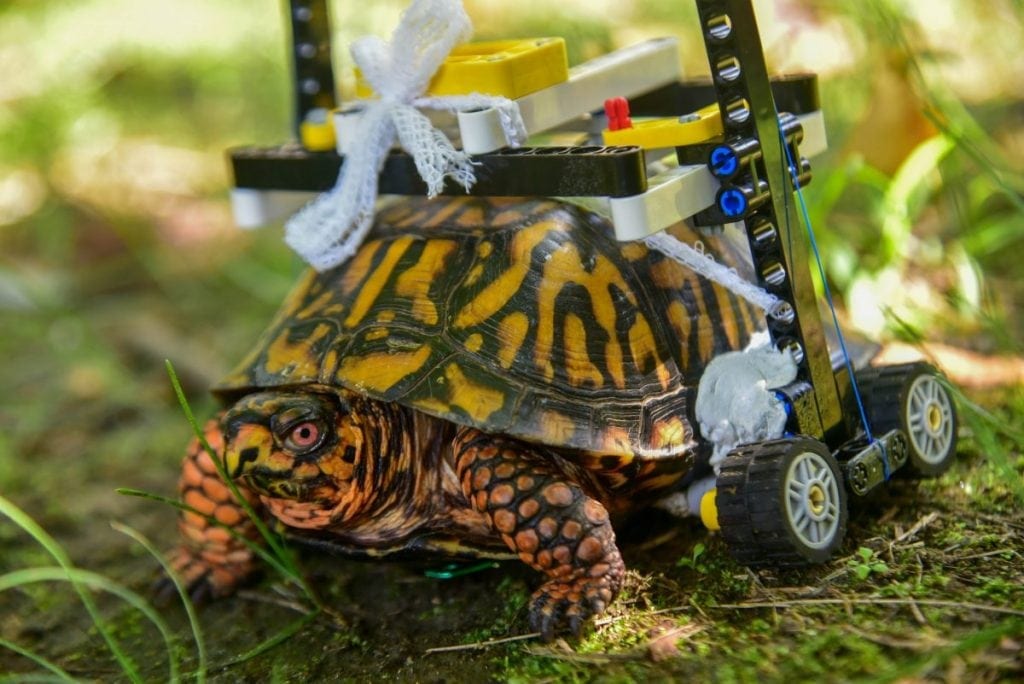 The male Eastern Box Turtle, a breed that is native to the parkland surrounding the zoo, was knocked unconscious to undergo an hour-long surgery to repair its shell.

Rescuers then brainstormed ways to get the turtle back on its feet and had the lightbulb moment to create a mini custom wheelchair out of Lego building blocks. 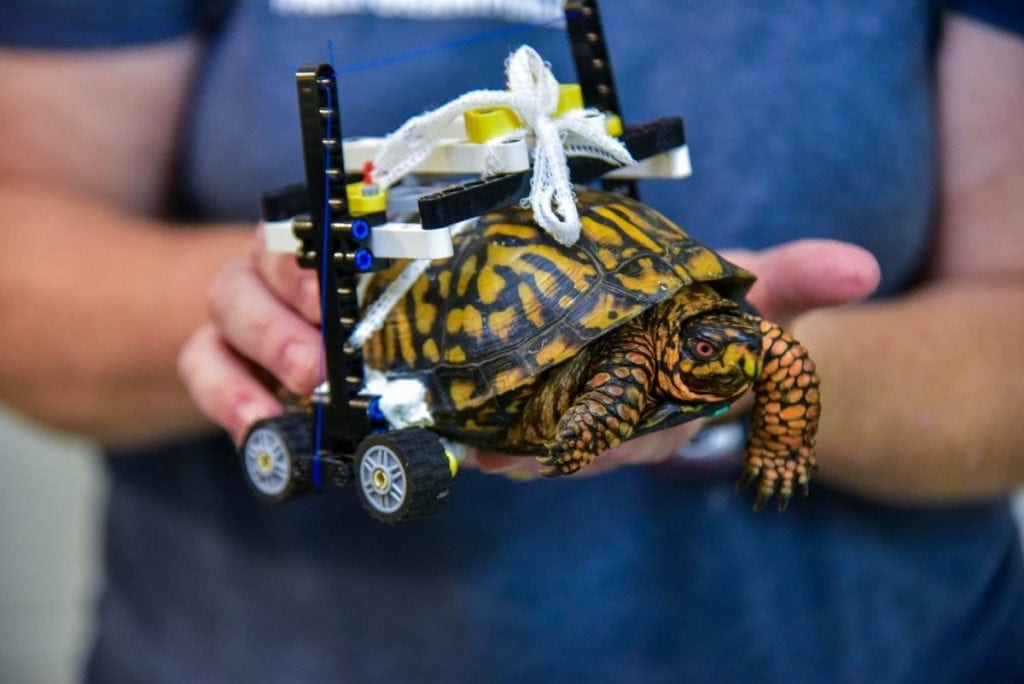 Three months after the July 22 crash, the turtle is warming hearts as it roams around using its colourful new wheels.

“He had multiple fractures on his plastron, the bottom part of his shell.

“He was very quiet and meditative. He lost his appetite.

“Now, he’s so sweet and outgoing.

“He’s enjoying being centre of attention.” 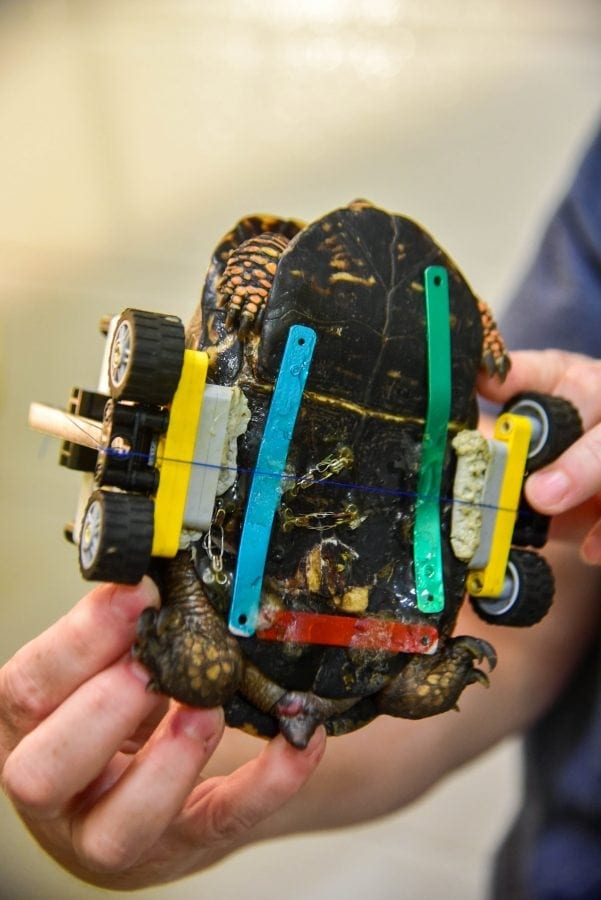 Metal bone plates, sewing clasps and surgical wire were used to hold the turtle’s fragmented shell together – though it ought to take a year to heal completely.

Dr. Bronson, who has worked with the zoo for 12 years, said: “Because of the placement of the fractures, we faced a challenge with maintaining the turtle’s mobility while allowing him to heal properly.

“We tried to think outside-the-box for a creative way to keep his cumbersome shell off the ground so he could move around.”

“Lego was perfect because it could adapt to the size and shape of his shell.

“We drew up sketches for a wheelchair and sent them over to a friend in Denmark, who is a fan of Lego, to make it for us.

“This is the first time we’ve used Lego for something like this, that’s for sure!” 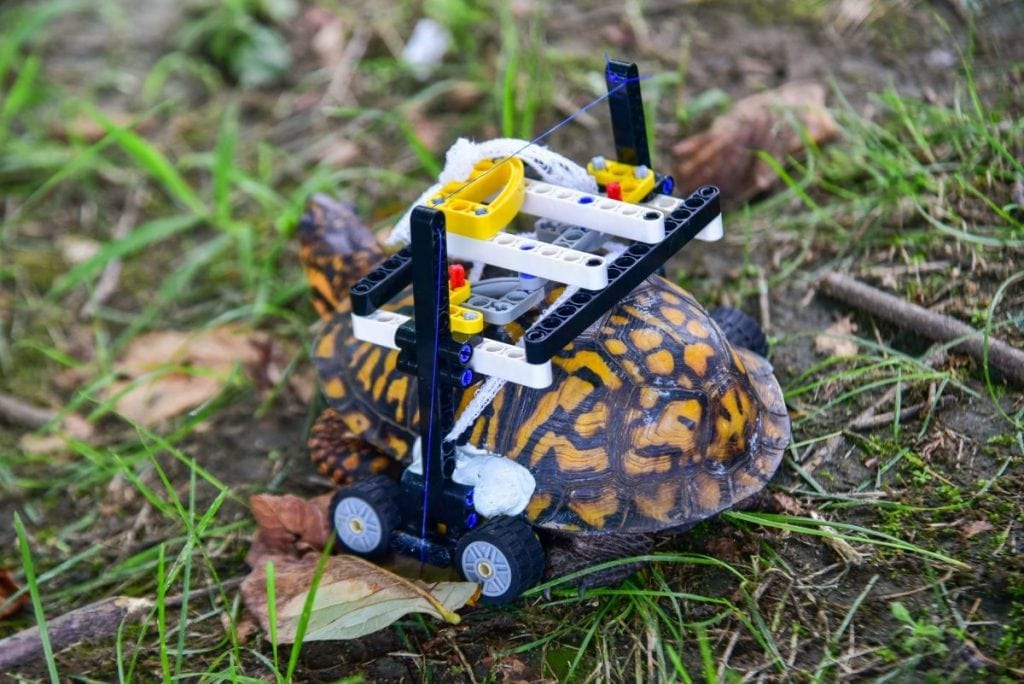 Now the turtle spends his days happily roaming around his pen and snacking on his favourites treats – berries, worms and crickets.

“Turtles heal much slower than mammals and birds, since their metabolism is slower.

“So, this turtle will likely use his Lego wheelchair through the winter and into the spring until all of the fragments have fused together and the shell has completely healed. 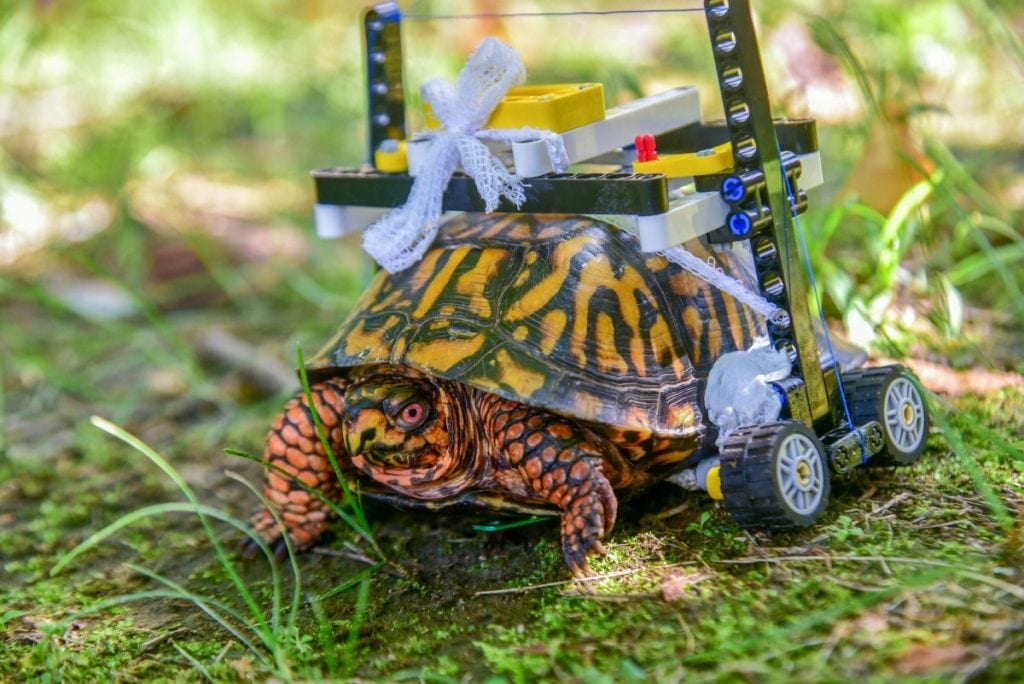 “We are excited for him to return to the wild because that means that his recovery was successful.”