Kieran Herlihy, 23, has a string of convictions for violence including assaulting a police officer 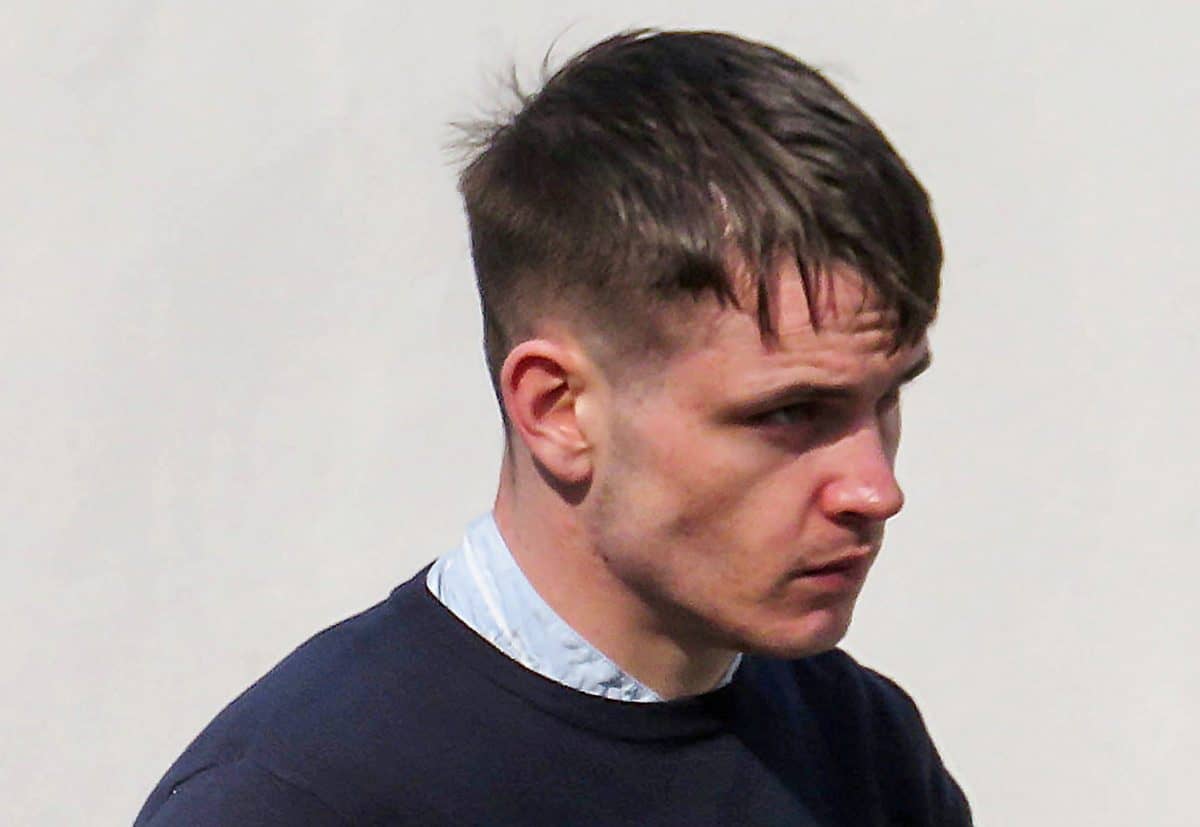 A drunk thug who smashed a man’s cheekbone while showing off to two women in a kebab shop was spared jail after a judge heard he had just become a new father.

Kieran Herlihy, 23, threatened to stab Alexander Abbott before punching him twice with such force witnesses heard the impact.

Herlihy, who has a string of convictions including assaulting a police officer, admitted inflicting grievous bodily harm at Warwick Crown Court on Tuesday (7/5).

He was sentenced to two years in prison, suspended for two years and ordered to do 100 hours of unpaid work.

The court heard Herlihy, of Leamington Spa, Warks., had recently qualified to be a builder and had become a father for the first time.

Judge Sarah Buckingham said: “It is inexplicable why it has taken so long for you to be charged.

“That may have helped you, but it will not have helped the complainant who will have wondered what has happened to the man who caused him such a serious injury.

“Witnesses have described hearing the sound of the punches, and you had to be held back.

“Your explanation was that you were drunk, and that you were showing off to those two females, but in that drunken state you have assaulted Mr Abbott most severely.

“Your justification was to suggest that your experience of having been injured in a previous incident led you to act aggressively – but you started this incident, not Mr Abbott, and it is clear you struck him with some significant force.

“There is no question that your offending is so serious that a custodial sentence is justified, and a sentence of some length.

“The question is whether the sentence is one that is capable of suspension.”

The court heard Herlihy had been drinking in Leamington Spa when he attacked Mr Abbott in a kebab shop.

Herlihy became increasingly loud and boisterous, and when Mr Abbott made a comment, he threatened: “If you don’t shut up, I’ll stab you.”

Herlihy, who was talking to two young women, lunged forward and punched Mr Abbott twice to the side of his face as he was standing by the counter.

One witness recalled the sound of the punches when they impacted with Mr Abbott’s cheek.

Mr Abbott was rushed to hospital with a fractured cheekbone, and he had to undergo an operation under general anaesthetic to repair the damage.

He had to undergo a further two more operations and needed three months off work.

Nick Devine, defending, said: “While he has convictions for disorder and the like, there’s
no history of serious violence, and this is the first time he’s found himself in the crown court.

“He has kept out of trouble for the past 16 months, has gained his CSCS card to enable him to work in the construction industry, and the recent birth of his child has given him adult responsibilities.”