One hundred travellers who reportedly bought the football pitch-sized plot in Little Hadham, in Herts., for £3,000 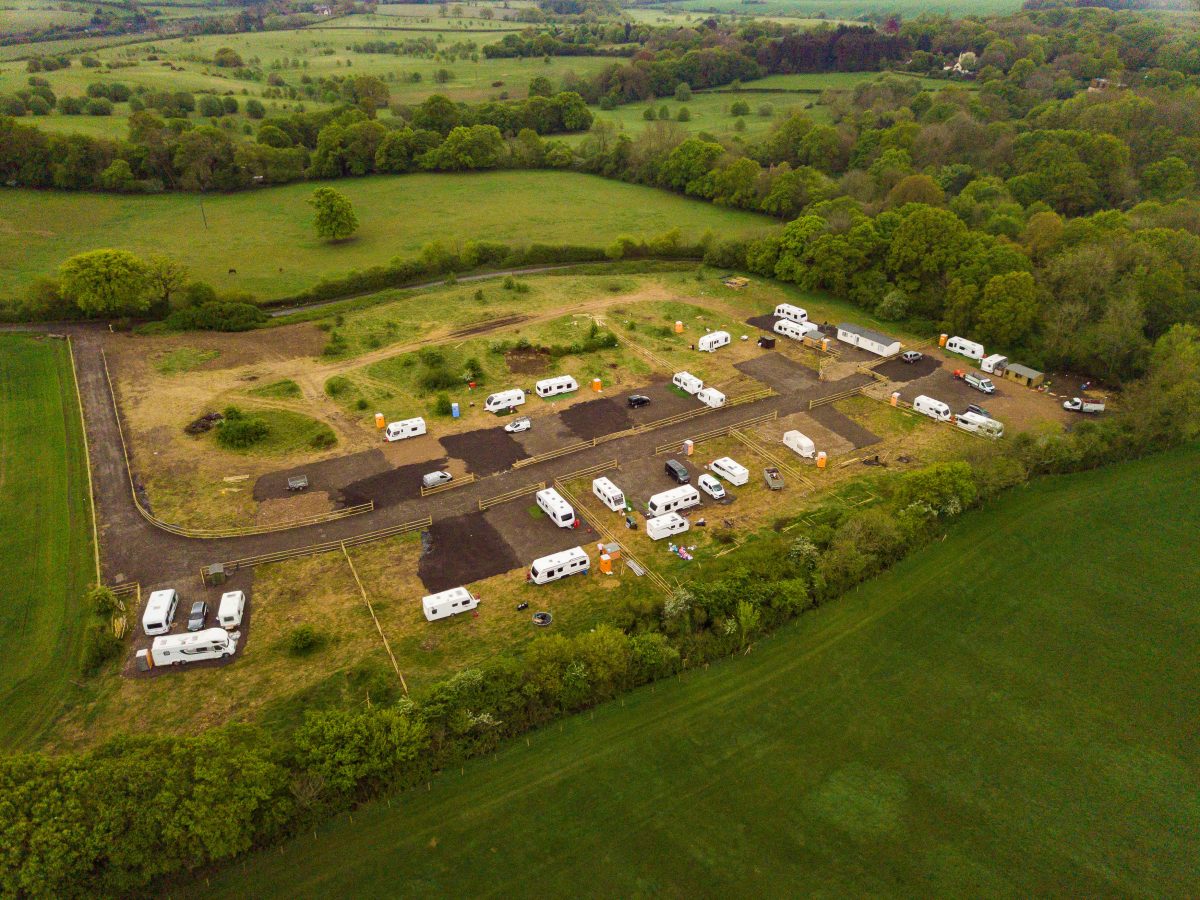 This aerial footage shows the pretty greenfield site which wealthy villagers fear is being built on by travellers without planning permission.

The football pitch-sized plot lies on the outskirts of the picturesque village of Little Hadham, Herts, which features 53 homes worth more than £1m each.

The well-heeled residents fear that the travellers – who payed £3,000 for their plot – are now building permanent homes on the site.

More than 200 residents have complained about the building and of rubbish and constant noise from the site.

The local council has issued an injunction banning development of the site which locals could be worth £3m if homes were allowed to be built there.

Video footage taken from a drone this week show how parts of the site have had gravel roads laid, fences have been erected and 20 caravans are parked.

And despite the injunction building materials continued to arrive.

The East Herts council say they were made aware of “unauthorised” working taking place near Little Hadham on Good Friday.

Their website stated: “Our officers went down to the site on the same day and issued a stop notice to prevent any further work from taking place.

“On Saturday (20/4) we instructed a barrister to obtain a high court mandatory injunction because the unauthorised work had not stopped.

“The injunction was granted and served on site the same day.

“Unfortunately, the defendants have not complied with the terms of the injunction.

“The council is doing everything it can, through the correct legal procedures, to try and stop unauthorised works taking place.

“We will continue work to get the situation resolved.”

The council said the police cannot deal with the matter but say their council officers have worked over the Bank Holiday weekend to try and deal with it.

East Herts spokesperson added: “The police have been working with the council to ensure the safety of everyone affected.”