The Green Party is launching its European Parliament election campaign today and their co-leader Sian Berry told The London Economic the party is on a high after unprecedented results at the local elections last week which heralded a “Green Wave.” The Green Party will argue today that with a history of Green MEPs working with […]

by Ben Gelblum
in Environment, Politics 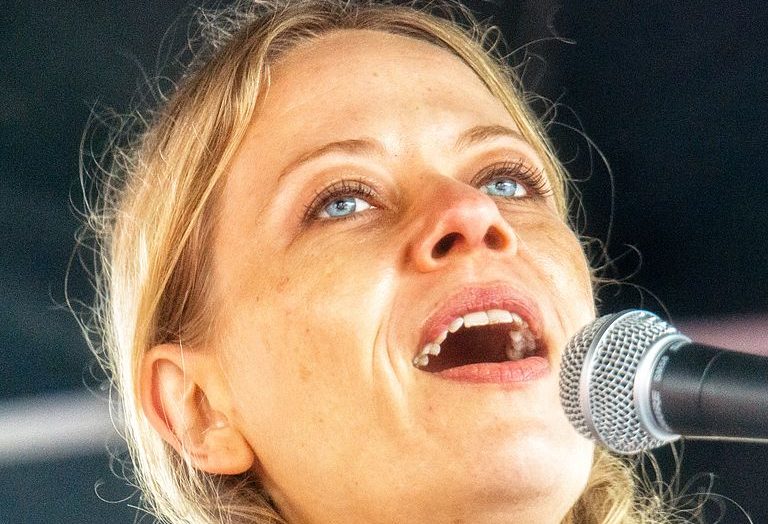 The Green Party is launching its European Parliament election campaign today and their co-leader Sian Berry told The London Economic the party is on a high after unprecedented results at the local elections last week which heralded a “Green Wave.”

The Green Party will argue today that with a history of Green MEPs working with the EU on climate targets, they are best placed to tackle a “climate emergency” working with other EU countries.

Sian Berry insists that The Green Party are “the cure” to the “darkest elements” unleashed by Nigel Farage and the forces of the Far-Right.

And Sian Berry insisted that the best deal achievable with the EU is the current membership the UK has of the EU, a relationship the Green Party is committed to defending.

“It is clear that we are the strongest vote to express opposition to Brexit,” she told The London Economic.

“We speak loudest and clearest on defending the best possible “deal” we could have on our relationship with our neighbours, which is remaining part of the European Union.

“That means being able to defend environmental and workers’ rights standards, and work with our neighbours to make multinational companies pay their taxes.

“With the Greens you know what you get: consistent, reliable, principled politics not just on Brexit, but also on tackling the enormous threats of climate change and extinction, while creating a secure, stable world in which everyone can be confident of food on the table and a roof over their head.

“And you’ve got the best possible chance of your vote counting, with polls already showing us winning new seats and the party riding hide with more than 1,500 new members over the weekend after the local elections.”

With MPs from all major parties supporting a historic vote in parliament to declare a “climate emergency” that needs to be dealt with, environmental concerns are gaining momentum in mainstream news and politics, reflecting the strength of the Green Party vote.

The party has not only made gains in cities which have recently expressed strong feelings about a People’s Vote for final say on Brexit, as well as frustration at a lack of progress towards climate targets.

The Greens in fact won more seats than ever in Shire Councils, Metropolitan and Unitary Councils.

Sian Berry added: “We today are formally launching our European election campaign and manifesto with the Green Party on a high.
“Our results in the local elections last week were spectacular, in fact historic. No other party in modern political history has doubled its number of seats in a single day.

“We’ve had to dig up the word ‘octupled’ to talk about what happened on Warwick council with the number of Greens going from one to eight. In Folkestone we went from no representatives to six, and overall we increased our representation by 273%.

“That’s a great Green Wave for us to be riding into the European poll, looking to increase our representation from the three great MEPs we had in the last parliament.”

At the Party’s campaign launch today Sian Berry warned of the dangerous forces unleashed by Brexit and Nigel Farage. She insisted: “The Brexit project led by Nigel Farage has capitalised on the neglect of our communities and unleashed the darkest elements onto our nation, bringing them dangerously close to the mainstream.

“The Far-Right are now a sickness in our politics. But the Greens, full of hope, and with a vision of the future that has faith in people’s best instincts – we are the cure.”

Green Party Co-Leader Sian Berry says the Greens are the cure for the "sickness in our politics" unleashed by "the #Brexit project", launching party's European election campaignhttps://t.co/809lcmOOmo pic.twitter.com/dYV8ntzcEl