The Met Police officer was captured in full police uniform wearing a white bicycle helmet looking like a character from Game of Thrones as he waved the long silver sword to demonstrate its length. 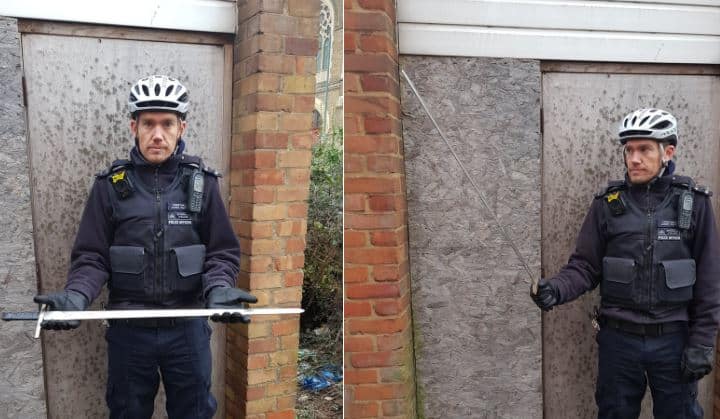 A police officer confiscated this massive sword from a car in south London.

The weapon was discovered in Slade Green in south east London on Friday afternoon and an investigation has been launched.

Not before posting a photo online of a Metropolitan Police officer in full police uniform wearing his white bicycle helmet brandishing the huge weapon like a character from Game of Thrones to demonstrate its length.

Slade Green and North End Police force posted the photos on Twitter with the hashtags ‘knifecrime’ and ‘stopandsearch.’ 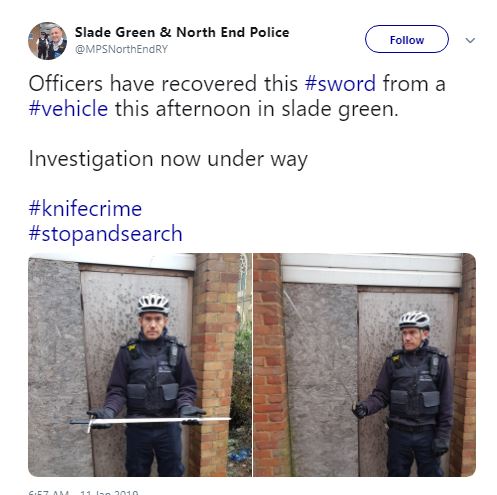 The force tweeted: “Officers have recovered this sword from a vehicle this afternoon in Slade Green.

But the copper was mocked by local Twitter users, who compared him to a character from Game of Thrones. 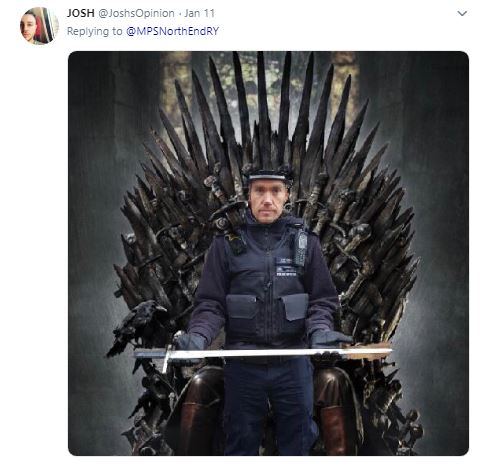 One wrote: “Never hold a sword up like that again.

“It means you are ready for battle.”

Another web user joked: “Lads, they were only filming the new Game of Thrones season.” 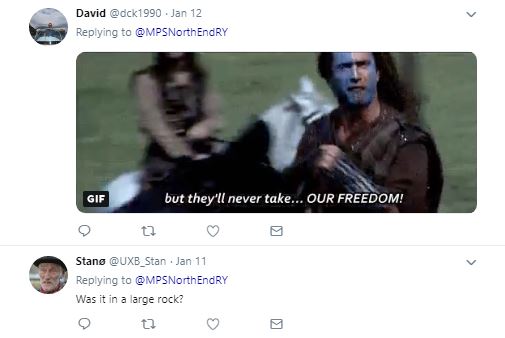 Even fellow Met Police officers got in on the jokes.

The Met Police Taskforce replied: “By the power of Greyskull, good job!”