A teenage yob has been spared jail for a series of drug-fuelled attacks after a judge said sending him to prison would “ruin his future.” Oliver McKinney, 19, punched his first victim, 21-year-old Thomas Barr, in an unprovoked attack after deliberately barging into him in the street. The teenage thug knocked Mr Barr to the […] 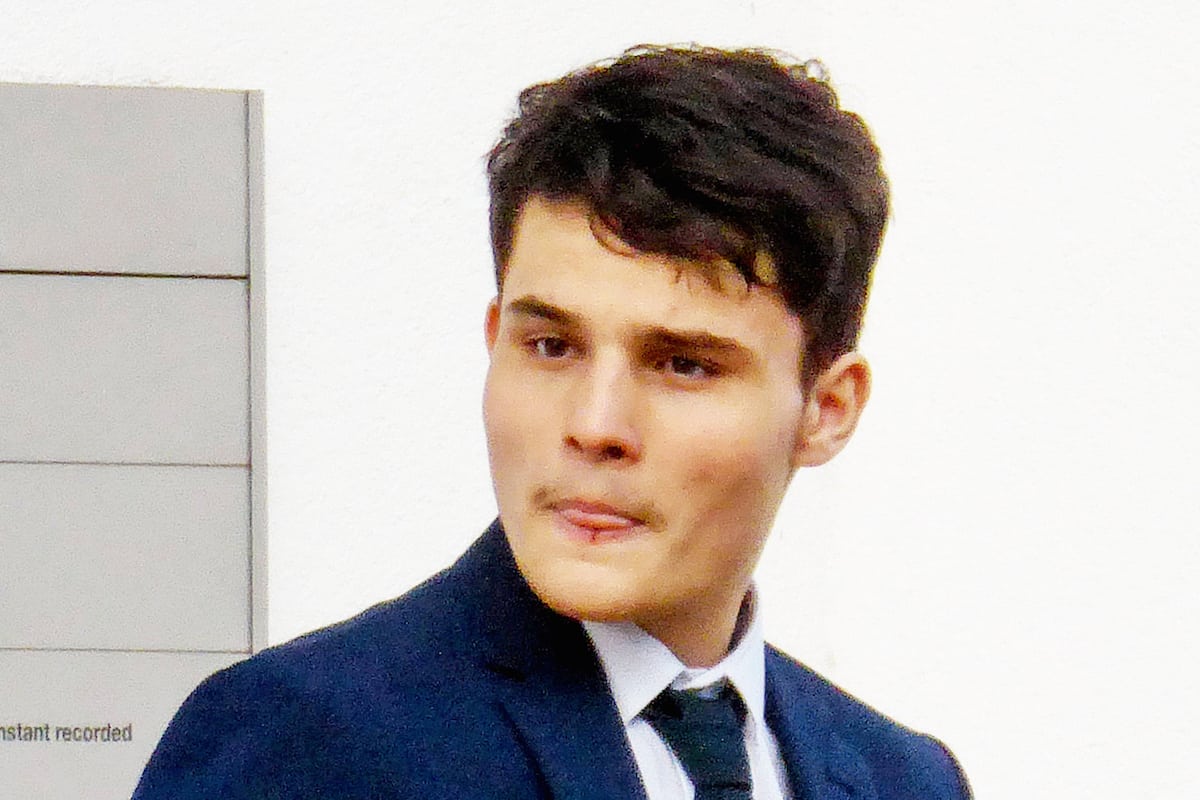 A teenage yob has been spared jail for a series of drug-fuelled attacks after a judge said sending him to prison would “ruin his future.”

Oliver McKinney, 19, punched his first victim, 21-year-old Thomas Barr, in an unprovoked attack after deliberately barging into him in the street.

The teenage thug knocked Mr Barr to the ground and punched his friend before fleeing.

McKinney was arrested following the attack which happened in the early hours of September 2 last year in Statford-upon-Avon, Warks.

He boasted about the attack on Facebook and was arrested and granted bail but two months later he attacked an elderly couple after demanding cash.

McKinney, of Stratford-upon-Avon, admitted two charges of attempted robbery and two of causing damage at Warwick Crown Court on Friday (16/3).

He also admitted unlawful wounding, two offences of common assault, and sending a malicious communication relating to the first attack.

But he was spared jail by Judge Sylvia de Bertodano who said she did not want to “ruin his future” by sending him to prison.

“But I do think it’s a very unusual case, and I don’t want to ruin the future of someone of his very young age – but I have a public duty as well.

“If there is the remotest slippage, he knows the sentence I will give him.

“I am giving you this chance. Please, please take it.”

The court heard he attacked Mr Barr who was walking to a takeaway shop to buy a kebab after a night at a pub.

But as they walked along Meer Street – yards away from Shakespeare’s birthplace – McKinney shoulder-barged Mr Barr before asking him: “Do you want a go?”

He immediately started punching Mr Barr to the face, knocking him to the ground, and then punched his friend.

After being arrested and then bailed, McKinney targeted a 64-year-old man as he walked to his front door on Christmas Eve.

McKinney came up behind the victim and told him: “I want money” before knocking him to the ground and kicking him in the head and body.

The victim’s 67-year-old partner opened the door and saw McKinney.

McKinney tried to force his way inside the house before finally running off, leaving his victim in a pool of blood on his doorstep.

Graeme Simpson, defending, said McKinney had ADHD and autism which caused him to regularly take cocaine and alcohol.

He said: “The use of alcohol and cocaine was self-inflicted.

“But had he not had the behavioural issues he has had all his life, he may not have been taking them.

“At 18 he just decided to stop taking his medication.

“Therein lies the start of his problems, and the trouble began when he decided he wanted to go drinking in pubs with friends.

“Until September it was only at weekends, and he then also started taking significant amounts of cocaine on Friday and Saturday nights.

“That is a dreadful mix with the conditions he suffers from.”