Out of £4 million raised from the 'There But Not There' World War I charity campaign, which sells 10 inch Tommies to the public to support veterans' mental health, a whopping £800,000 is going to the taxman. 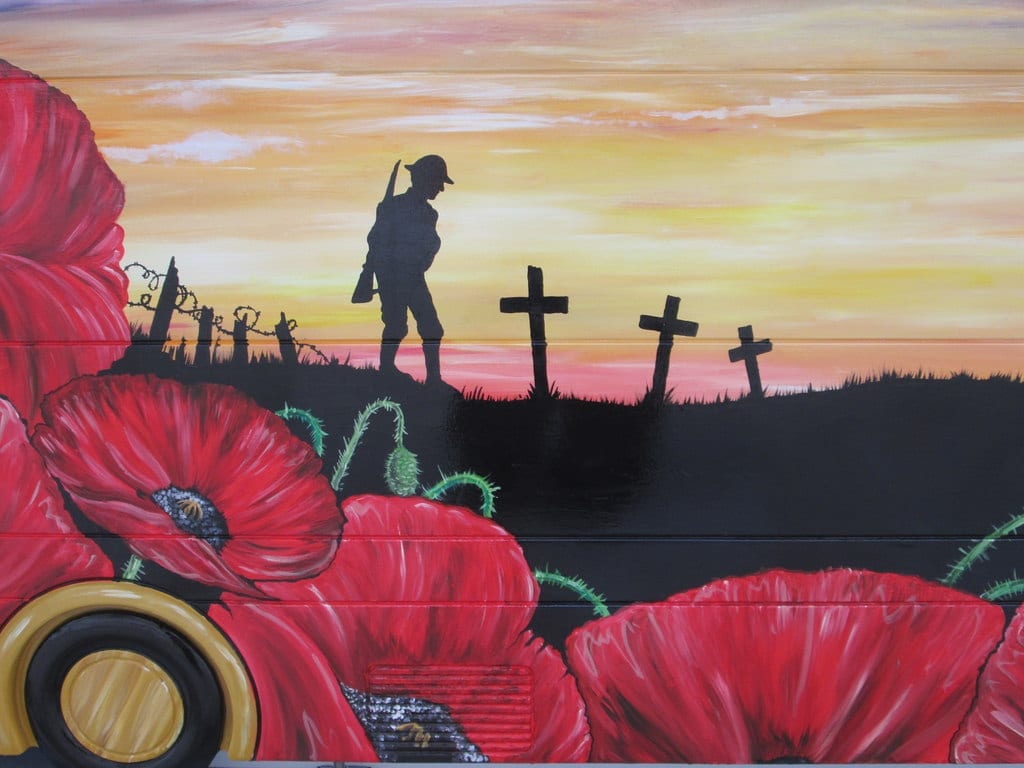 UPDATE: the petition for the Chancellor not to take a large chunk of the millions raised for veterans charities has reached over 125,000.

The taxman is taking almost a million pounds raised to fund help for veterans – because the Armed Forces charity is not allowed to be exempt from VAT.

A whopping £800,000 of the £4million raised by the ‘There But Not There’ World War I charity campaign to support veterans’ mental health is going to the taxman.

Pressure is mounting on Chancellor Phillip Hammond from charity bosses to hand back the funds raised by selling 10-inch Tommies to the public.

A petition demanding he do so reached nearly 8,000 signatures in 72 hours.

But Mr Hammond has yet to respond to a letter from the former head of the army, General the Lord Dannatt, requesting he examine whether the keeping the VAT from the charity campaign was the “right thing to do”.

Defence minister Tobias Elwood took the unusual step of lending his support to the Remembered’s campaign.

In an open statement to the chancellor he said: “I hope you agree given the optics of this and the good causes supported, that there is a strong case for VAT to be exempted.”

As well as selling the Tommies to the public, six foot versions of the ghostly figures have appeared all over the country since the launch, at iconic locations such as the Tower of London, Giant’s Causeway, Westminster Abbey and Hearts of Midlothian Football Club.

Following a request from the Secretary of State, Gavin Williamson, they have also stood guard outside the Ministry of Defence in Whitehall since May last year.

Lord Dannatt said: “The Goverment still has questions to answer over the misappropriation of Libor fines that were pledged to military and blue light charities back in 2012.

“So returning the VAT on the Tommies is the least they could do.”

In 2012 ex-Chancellor George Osborne announced that the £973 million of fines levied on banks for scandals – such as fixing the Libor lending rate – would be distributed to ‘Armed Forces and Emergency Services charities’.

But an investigation found that ministers from the Treasury, MoD and Department for Education had raided a third of the pot promised to cash-strapped charity for their own departments.

Lord Dannatt added: “This Chancellor needs to do more to diffuse the anger felt by many Service charities over the issue and he could start by not skimming from the beneficiaries of this campaign.”

Former British Army Officer and defence select committee member Johnny Mercer MP said: “We know not all the money pledged to military charities from Libor made its way to those who need it most.

“Questions still need to be answered.

“It would go some way to help temper the mood of military charities however, if the Treasury supported the campaign – as it has with others – and pledged to match fund money raised.

“Or at the very least , donate the amount paid in VAT.”

Mel Waters, CEO of Help for Heroes, on of the main charities set to benefit from the funds raised said it was a already a “disgrace” that servicemen and women had to go “cap in hand” to charities to have their basic needs met.

She said: “It’s a disgrace that our brave servicemen and women have had to go cap in hand to the Libor fund to meet their basic needs.

“Now all the Libor money is gone, the very least the Government can do is to listen to the voices of so many veterans in need and get behind the Tommy campaign.”

Ed Parker, CEO of Walking With The Wounded, another beneficiary of the campaign, said: “This is an opportunity for the Goverment and this Chancellor to restore some of the trust lost by the armed forces community and return the VAT on the sale of Tommies – in perpetuity.”