A gym fanatic has hit back at his degenerative lung condition and defied doctors expectations by transforming himself into a real-life THOR. Personal trainer Ben Mudge, 27, was born with cystic fibrosis and was spurred into getting fit when his lung function plummeted as a teenager. Doctors told him he’d never fully recover – so […] 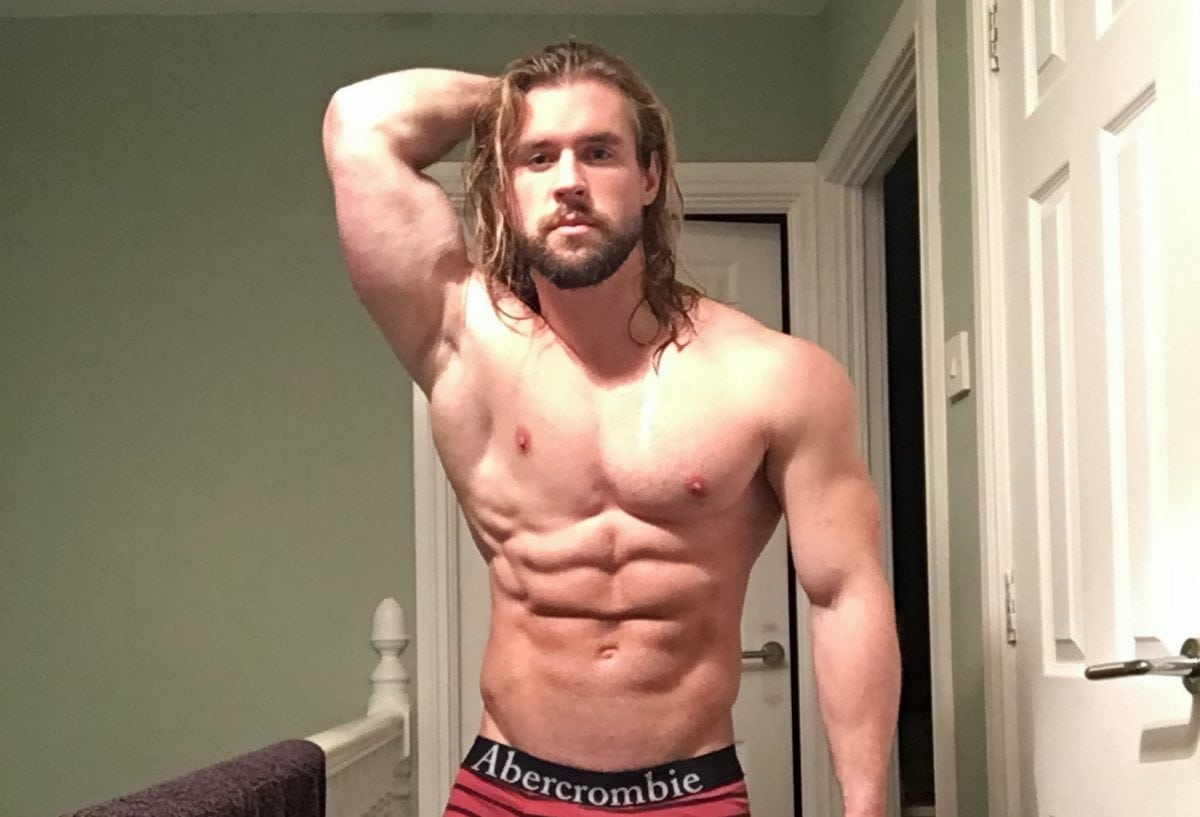 A gym fanatic has hit back at his degenerative lung condition and defied doctors expectations by transforming himself into a real-life THOR.

Personal trainer Ben Mudge, 27, was born with cystic fibrosis and was spurred into getting fit when his lung function plummeted as a teenager.

Doctors told him he’d never fully recover – so he hit the weights to prove them wrong, honed a super-buff physique and improved his health dramatically.

But the self-confessed superhero didn’t stop there – and when friends at the gym told him he looked a bit like Thor, he grew his hair long in tribute to his favourite hero.

Now he’s a double of the Chris Hemsworth movie character and posts weekly ‘Thorsday’ photos online of him dressed as the superhero – complete with hammer.

His likeness is so uncanny, he receives messages from children and parents all over the world, thanking him for helping them face cystic fibrosis.

Ben, from Belfast, said: “Thor is not just a name, it’s a mantle.

“Growing my hair long to look more like Thor is definitely a big part of what keeps me motivated, and encourages me to keep training.

“Everyone at the gym calls me Thor now.

“I’ve had hundreds of messages from people who are affected by cystic fibrosis, saying that me posting these photos has inspired them to be more active, more confident.

“It feels so surreal that I’m having this impact on people all over the world, and especially on young cystic fibrosis kids – all these little Thors.

“It’s amazing to think that now, when these kids see Thor in a comic or a film, they’ll associate Thor with cystic fibrosis. It’s incredible, really.”

Cystic fibrosis is a genetic disorder that affects mostly the lungs – but also the pancreas, liver, kidneys, and intestine.

Long-term issues include difficulty breathing and coughing up mucus as a result of frequent lung infections.

Ben has been sporty all his life, taking part in several organised sports teams at school, and receiving his first all-in-one weights set for Christmas when he was 16.

But it wasn’t until he was hospitalised aged 18 with a chest infection and his lung capacity dropped to 66%, that he realised he needed to get serious with his exercise.

He said: “That was scary. I’d never had any issues with breathing at all before that.

“But then after that it felt like someone was squeezing the bottom of my lungs shut. That’s when I knew I had to get exercising.”

“It was pretty severe at first. Even just having the bar alone on my shoulders when I was going to squat felt like, ‘Woah, this is really tough’.

“It wasn’t like a really smooth transformation. It was quite a severe change.”

But he added: “Training has been massively beneficial to me. It has literally taught me how to breathe properly – figuring out your breathing is such a key part of training.

“And it’s got me back up to 95 per cent lung capacity, ten years after I was in hospital – with a disease that’s degenerative, so should be getting worse as I get older.

“I’m hanging on to those high 90s. It does go up and down by a couple of per cent either way, but I do believe that I can get up to 100 per cent capacity.”

Ben hits the gym five or six days a week, for just an hour each day, focusing on big, ‘compound’ exercises that work all the muscles generally.

He has to take digestive enzymes with every meal, as well as nebulisers once a day to keep his lungs clean and healthy.

And he has also worked as a personal trainer for the past seven years, training people both with and without cystic fibrosis.

“I can’t see clients who have cystic fibrosis in person, because of the risk of cross-infection, so I coach them online,” said Ben.

“But I just see them as normal people. The way I see it, everybody has something wrong with them – whether it be a bad knee or a gluten intolerance.

“Nobody is 100 per cent healthy. So I just treat all my clients the same.”

Ben’s transformation into Thor began around seven months ago, when he began growing his hair long.

“It was something I’d always wanted to try. People always told me I look a bit like Thor, but I definitely look like him now,” he said.

“Someone showed me a photo of the Hemsworths’ dad recently, and I had to do a double take. I thought it was a photo of me, I didn’t know where they’d got it from.”

And speaking of his 50,000-strong online following, Ben said it is “emotional” for him to get sent photographs of his own band of “little Thors”.

He said: “It’s amazing when people tell me that, just by me putting up photos of dealing with cystic fibrosis, showing the scar on my stomach, even taking my nebulisers, has made them more proud of having cystic fibrosis.

“I don’t know how to react, really. I’m stunned. It’s amazing to think I can help, in any small way I can.”