Ian French, 47, filmed the paramedics trying to rationalise with the parking warden who gave them a ticket in a Tesco car park 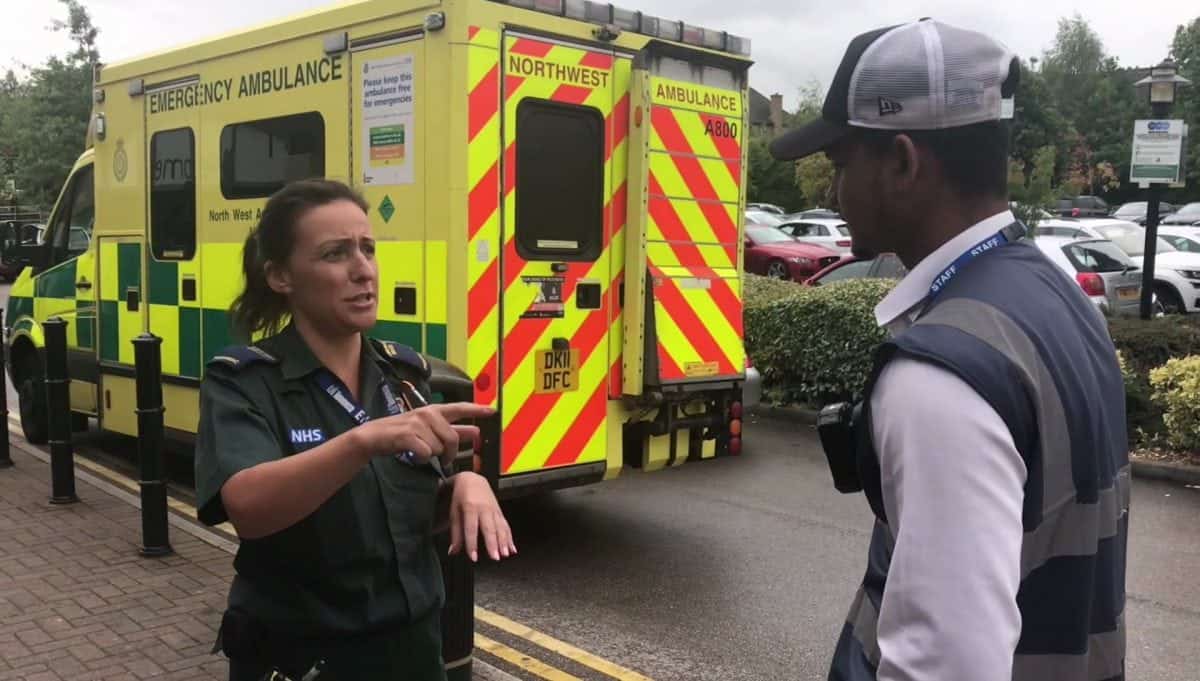 This is the shocking moment a parking warden issued a ticket to an ambulance parked on double yellow lines – while paramedics took their first break in eight hours.

The workers for North West Ambulance Service parked up outside a supermarket while on shift to nip in for some water to drink.

But a video shows the warden issuing a ticket while the emergency worker pleads “I’ve had nothing to drink and nothing to eat”.

The heated exchange was filmed by outraged passerby Ian French, who claims the cap-wearing attendant told him he was “proud” of issuing the ticket. 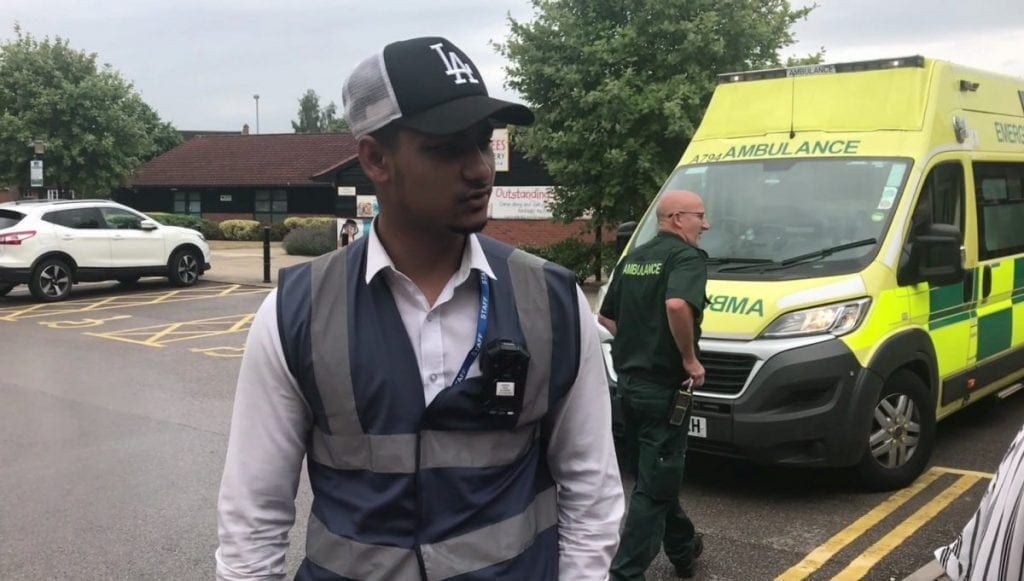 “I believe they were just collecting some food and water eight hours into their shift.

“It is a private parking firm working for the landlord, who I believe owns the car park and the businesses around it.

“The parking enforcement signs were only installed a few weeks ago. The locals are not happy about it, nor are some of the businesses.” 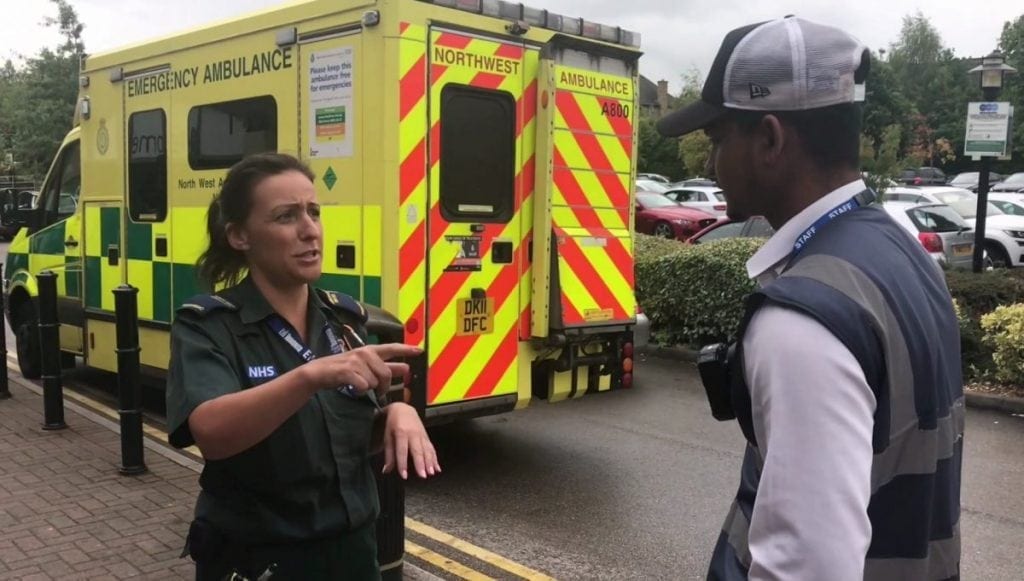 The incident happened at Kingsmead Square, Northwich, Cheshire, at around 3pm on Tuesday.

Ian, a cameraman, was collecting his daughter from her last day at school when he saw the parking warden issuing the ticket.

In the video, he can be heard explaining the paramedics were on call, but the warden answers: “It’s not on call – she was having lunch. Where’s the sirens?

“They are getting some food so they are not on call are they?” 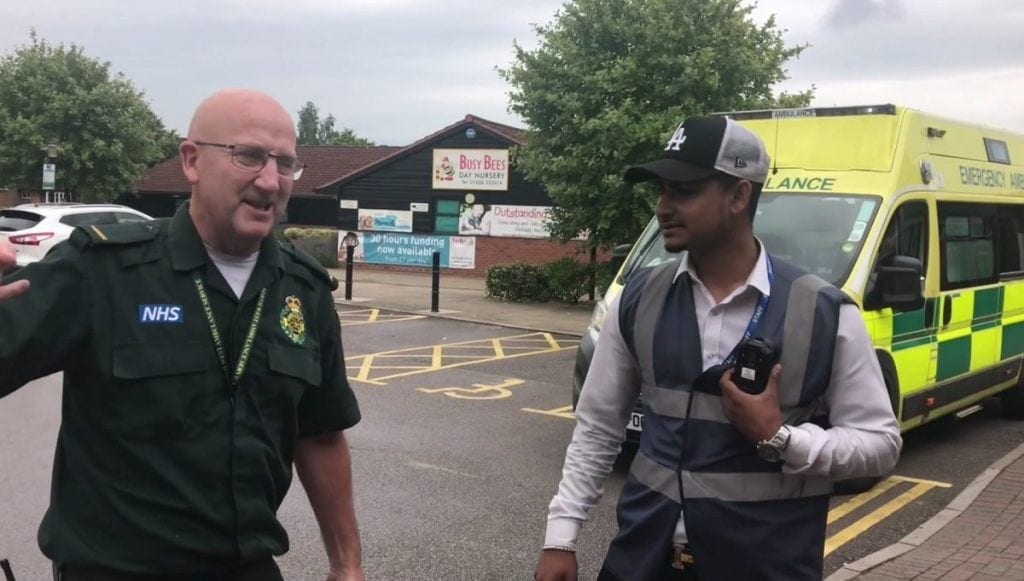 The female paramedic then appears and asks where she should park, because the van doesn’t fit in any of the bays – apart from disabled spots.

She adds: “I’ve been on since quarter to seven this morning. I’ve had nothing to drink and nothing to eat, and now I’d like to go to Tesco to get some water.”

He answers: “I understand, that’s fine, you can do that, but you can’t be parking on a double yellow line, can you?”

It is understood the attendant does not work for Tesco, but works for a private firm.