Logan said that he was willing to lose his job over his support for Black Lives Matter, a movement that gained momentum following the death of George Floyd. 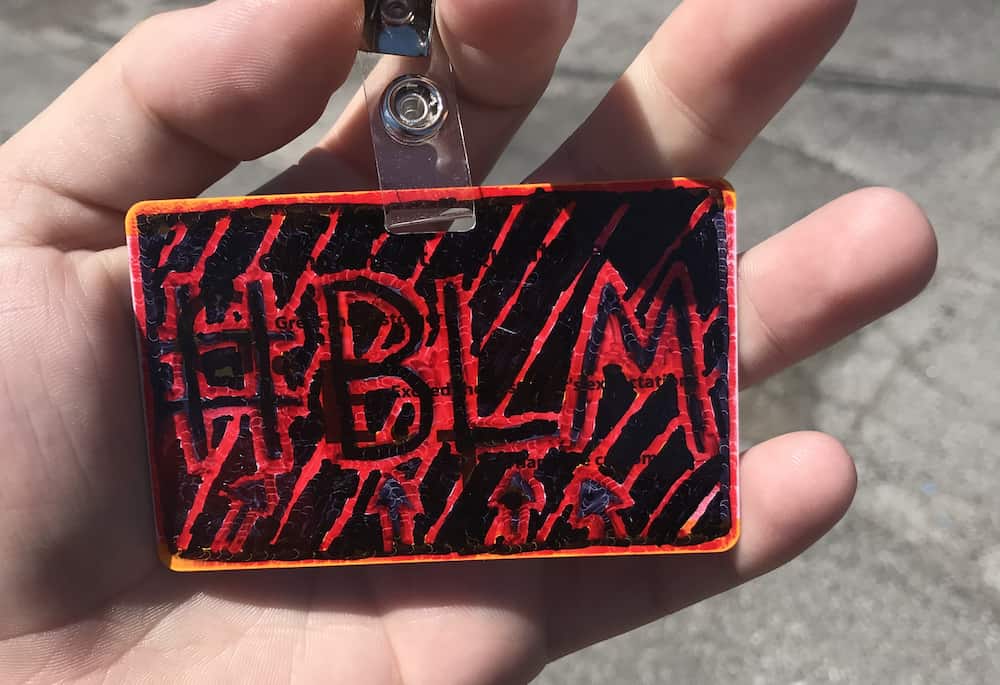 A sales assistant at the discount store Family Dollar claims he was sent home for wearing a Black Lives Matter pin.

Logan Davis, 24, customized his name tag with the initials BLM in support of the movement to end police brutality towards black people.

Logan claims that when his manager at the store in Indianapolis, Indiana, saw the name tag on Thursday [June 11], she asked him to remove it and when he refused, he was sent home for the day.

He said: “I’ve been working at Family Dollar since October 2019.

“The dress code has always been pretty relaxed.

“I’ve never worn a name tag and I’ve never been told off for that.

“I decided to put Black Lives Matter on my name tag and as soon as I walked in the door, my manager said you can either take that off or you can go home.”

Logan chose to go home instead of removing the tag.

“She told me she’d fire me if I wore it again,” added Logan, who described his manager as “white.”

Logan said that he was willing to lose his job over his support for Black Lives Matter, a movement that gained momentum following the death of George Floyd.

“I am 100 per cent a big supporter of the Black Lives Matter movement.

“I’ve been in downtown Indianapolis any chance I can get to protest with the people peacefully.

“So many people in that store see me every day.

“Even if I can just get a few people to see that name tag and open their eyes to the fact that black lives matter and there is racial injustice in this country, that would be huge.

“It is ridiculous that I’m not allowed to wear it.

“I could understand if I had something slanderous on the badge but it just said #BLM.

“I probably won’t go back to Family Dollar if they are going to behave like that.

“It just shows the extent to which people are willing to go to silence people.”