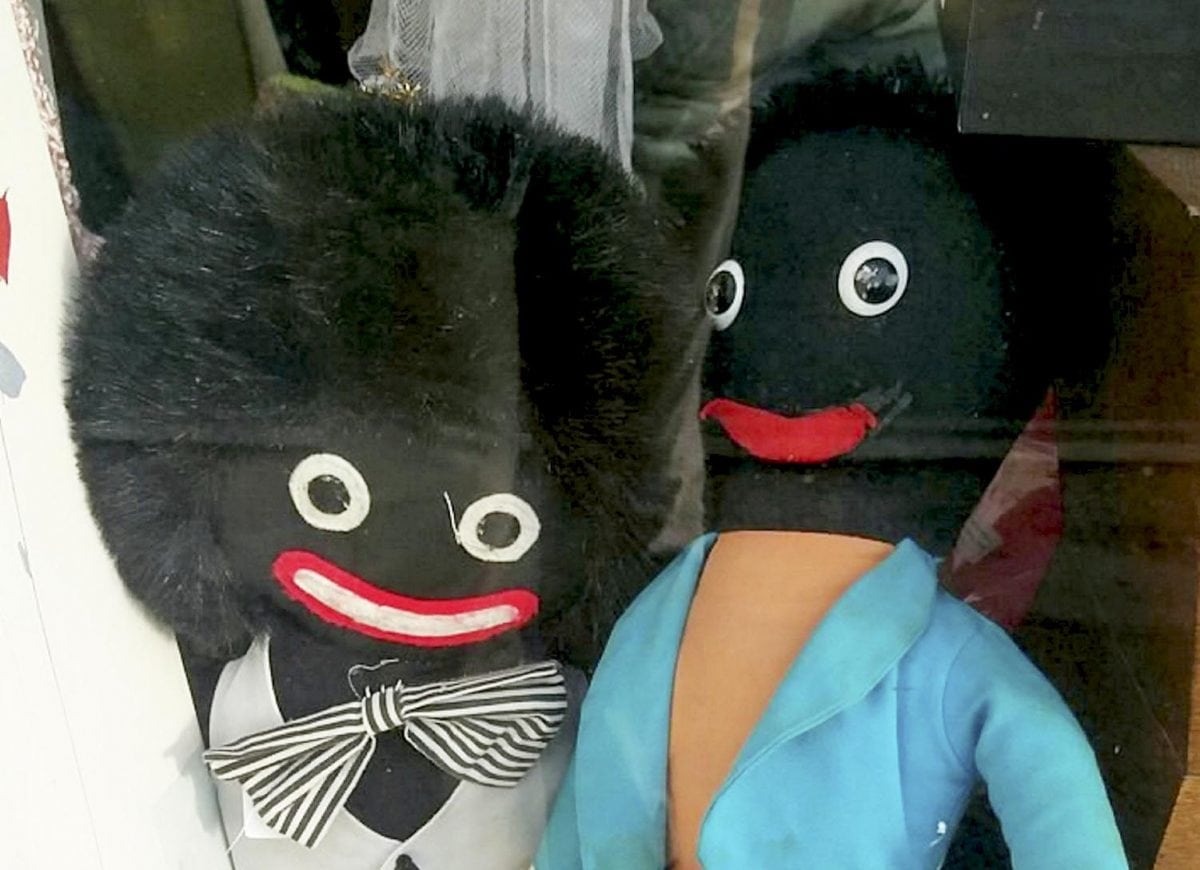 An RSPCA charity shop has come under fire for selling golliwogs – after a member of the public branded them an “outdated and offensive stereotype”.

Cotswolds Dogs & Cats Home stopped selling the dolls after receiving complaints when two were placed in the clothing shop window.

Graham Waller, 45, said he was “taken aback” when he saw the golliwogs while walking past the shop in Cirencester, Glos.

The instructional designer added: “I took a double-take while walking past as I was shocked to see golliwogs on sale in this day and age.

“Seeing an outdated and offensive stereotype in a public place, and especially in a charity shop and at the level of passing children, was concerning.” The knitted rag doll is made from black fabric – and has red lips with white teeth and frizzy hair.

They sell for up to £50 from online retailers and were created by English cartoonist Florence Upton in 1895 – who described them as a “horrid sight”.

The Show Racism the Red Card (SRtRC) charity said it was saddened to hear the “demeaning” items were on sale.

Their spokesman said: “The sale of these dolls perpetuate racism as they hark back to a time when the mockery and stereotyping of black people was considered a social norm.

“SRtRC urges the public to refrain from buying such overtly racist items and we hope the shop selling the dolls would consider taking them out of the store as one cannot profit on the oppression of an entire community.

“In a multicultural and ethnically diverse Britain, such items no longer have a place.” But Cirencester town councillor Jenny Hincks believes the dolls are a matter of “personal preference”.

She said: “If it does offend someone maybe it would be of benefit for them to go into the shop and ask them to remove it from the window.

“It doesn’t mean the shop can’t sell it, as that is their prerogative. Personally it doesn’t offend me.

“I do understand and respect people’s point of view that it is offensive. But it’s not my right to tell a shop they can’t sell something.”

Kirstin Maycock, who manages the charity shop, said: “We would never wish to cause offence when selling a donated item.

“Our team are always reluctant to commit to the rubbish bin items that are in good condition.

“However on this occasion the donation should not have been put out for sale and has now been removed from the shop floor and will not be sold.

“We would like to take this opportunity of thanking our community for their continued support. It makes a huge difference to the wonderful animals we care for.”