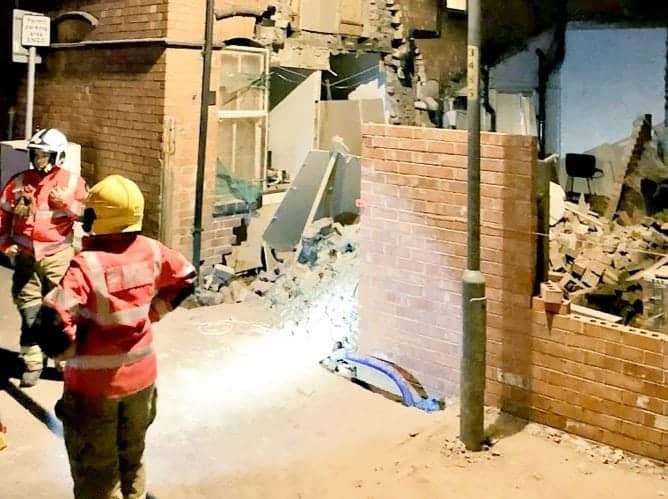 Residents were evacuated after a large part of a house dramatically collapsed without warning in a freak accident.

Fire, police and ambulance crews rushed to the scene on a residential street after a chunk of the terraced property was reduced to rubble.

Mount Pleasant Road, in Redditch, Worcs., was closed throughout Sunday (15/7) following the sudden collapse at around 12,11am. 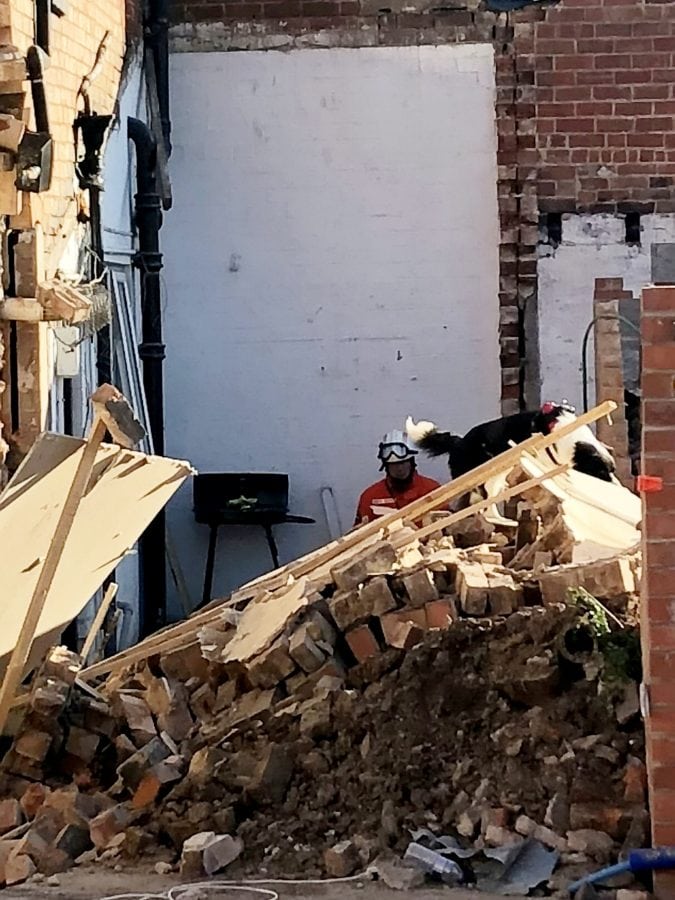 Miraculously, nobody was injured during the accident which resulted in residents being escorted from their homes as well as workers from nearby shops.

The cause of the damage is not yet known but it appears construction work had been taking place at the rear of the property.

A West Midlands Ambulance Service spokesperson said: “We were called at 12.11am. We sent an ambulance , a paramedic officer and the Hazardous Area Response Team (HART).”

“We were called to reports of a building collapsed. On arrival we were told that all the occupants were out of the building. 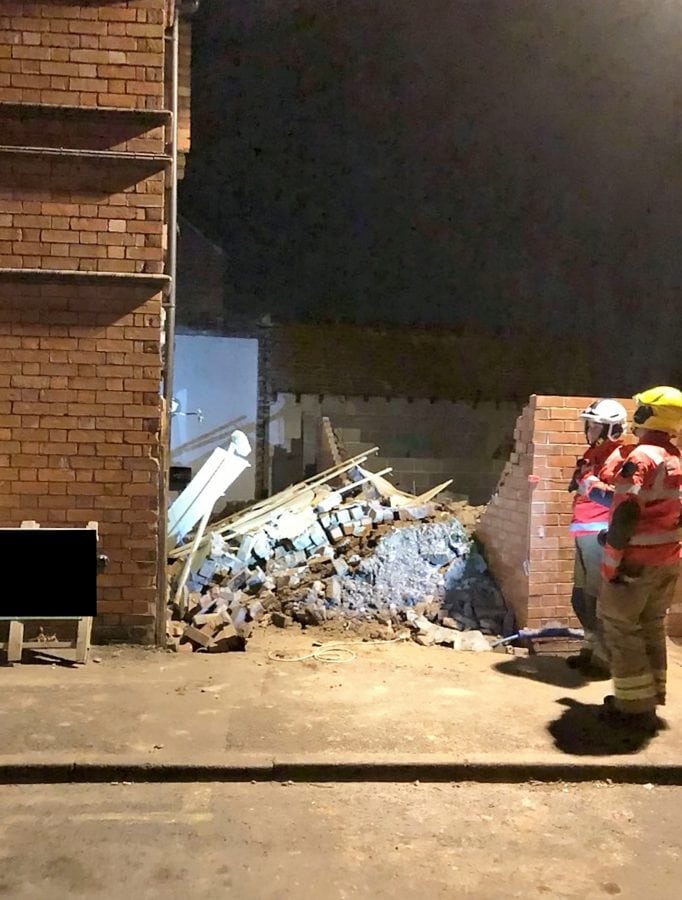 “HART stood by to provide medical cover while the fire service continued their work, checking over the collapsed building to ensure there were no occupants left inside.”

West Midlands Ambulance HART tweeted: “Emergency services and specialist search & rescue teams responded to reports of a partial building collapse during the early hours of the morning in Redditch.

“No injuries were reported however a number of residents were evacuated from their homes whilst the building was made safe.”

The road was closed between Ipsey Street and Salop Road while experts investigated the cause of the collapse to ensure there will be no further damage the building. 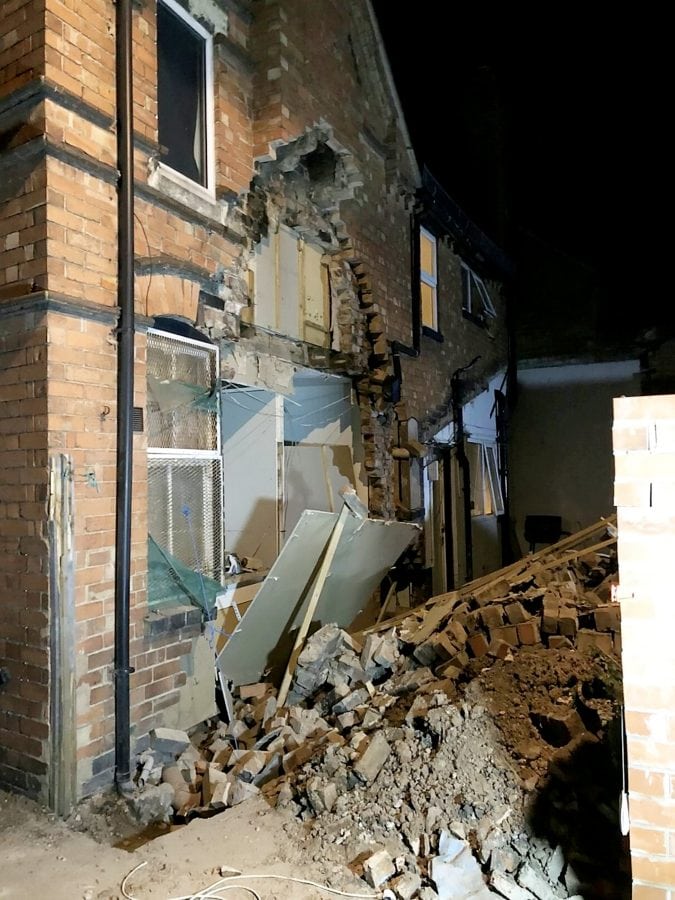 A structural engineer and gas workers also worked to ensure the scene was safe while residents were offered alternative accommodation.

A spokesperson for Hereford and Worcester Fire and Rescue Service said: “We were called at 12.06am on July 15.

“We had two fire engines from Redditch attend, our Urban Search and Rescue (USAR) team and also our USAR dog.

“A building had collapsed and an inner cordon was in place – and the USAR team assessed the condition of the building. 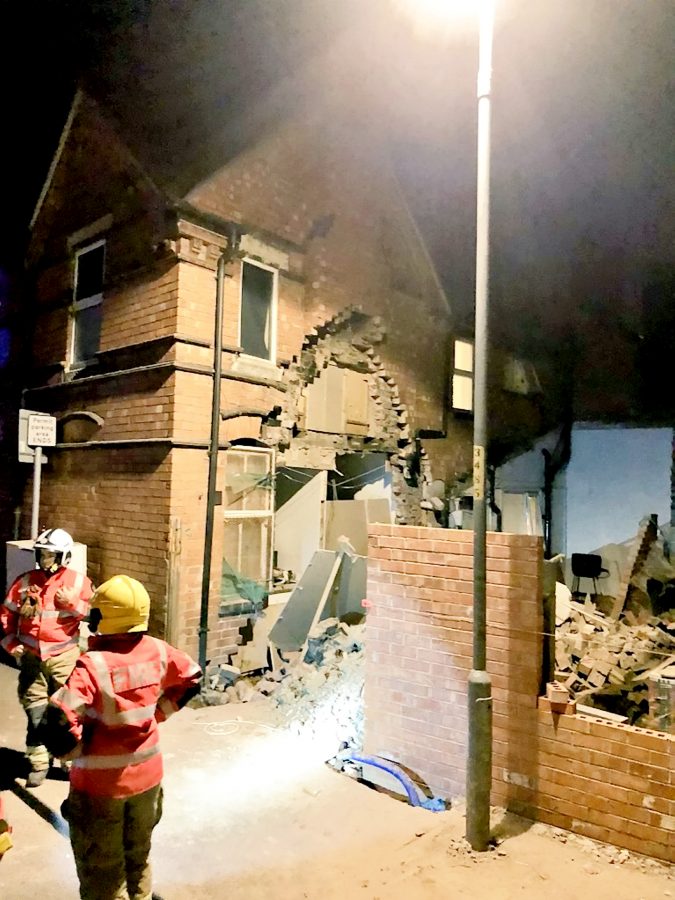 “The USAR dog checked for any people left inside but there was no indication of any persons.

“Other agencies were at the scene. Police and council services were there. Redditch Borough Council are dealing with it moving forward.”