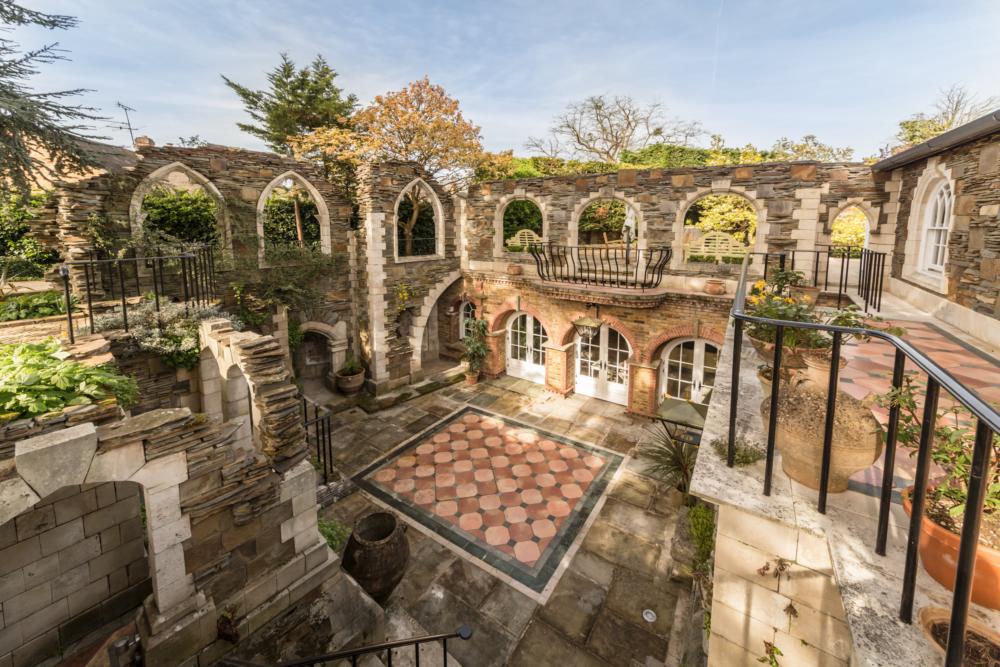 Trevor Wynne-Jones bought a featureless bungalow in 1966 for £13,500 and demolished it, building a new home in its place. 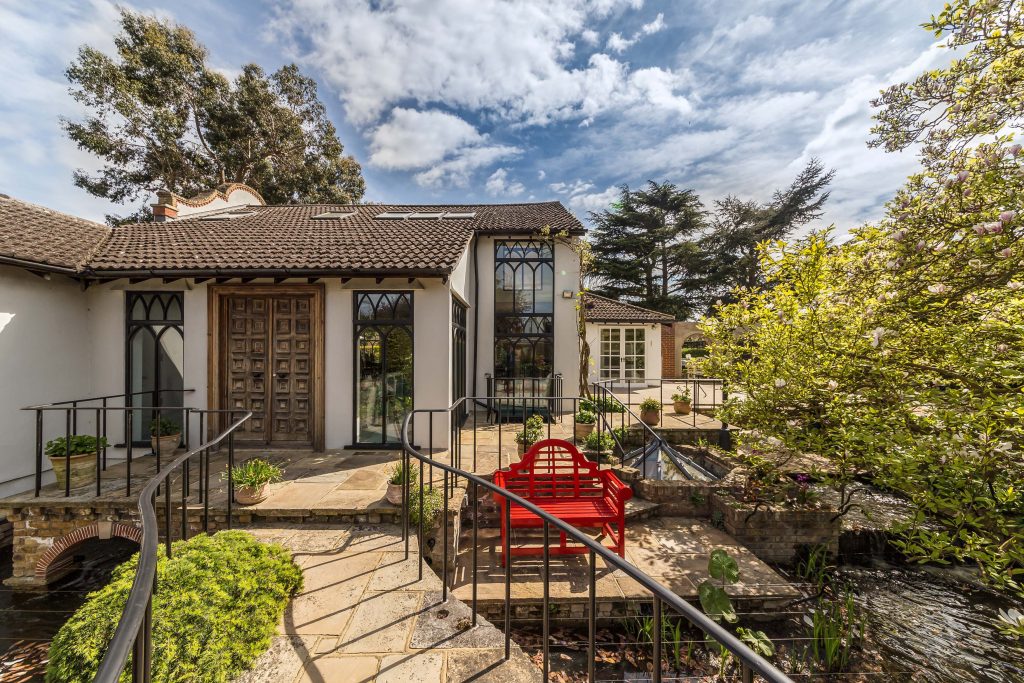 But in the 1980s he embarked on a staggering project which has resulted in a one-off property that has a recreation of the ruins of Tintern Abbey in the grounds.

The overhaul in Wraysbury, near Old Windsor, has been inspired by Venetian art and architecture and boasts a catacombs-themed reception room.

Walls around the home, which has seven bedrooms, six bathrooms and four reception rooms, are covered in Renaissance-style frescoes.

It also has a sanctuary with ceiling and fireplace inspired by Windsor Castle. On either side are two vast thrones. 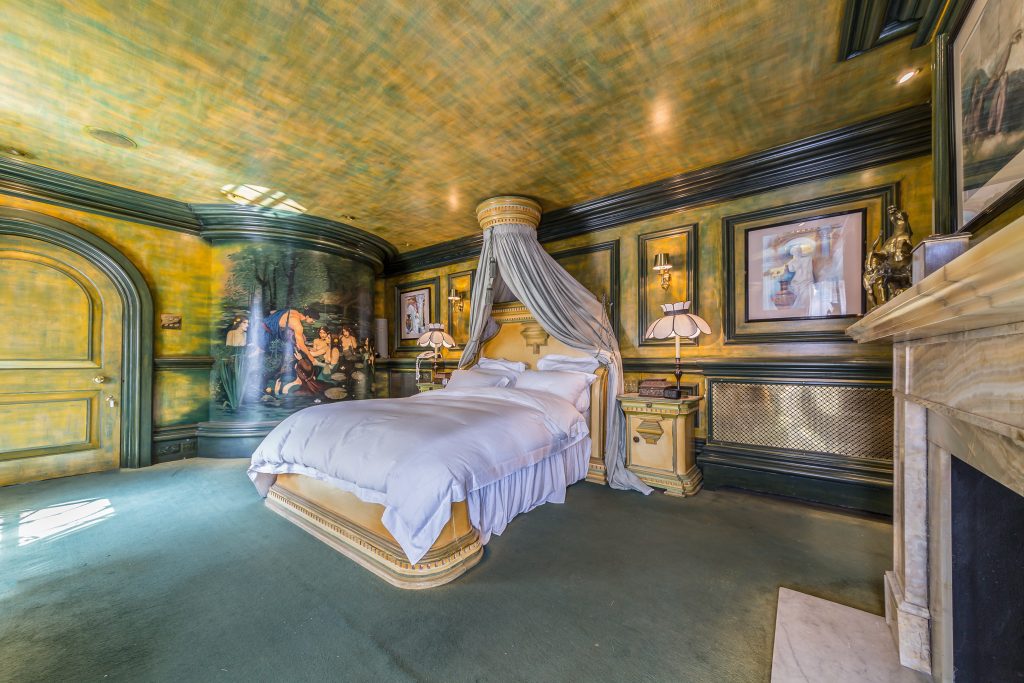 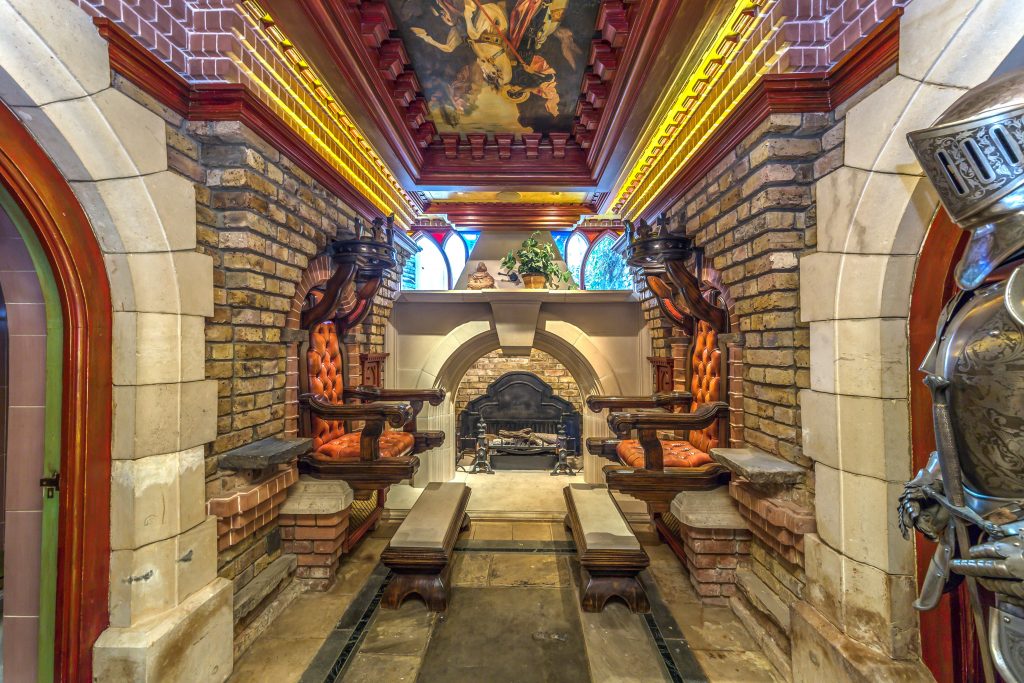 The fairytale master bedroom has a mural which recreates John William Waterhouse’s depiction of the Greek myth of Hylas and the Nymphs.

And the grounds at ‘Dutch Gardens’ are just as enthralling. He has built a replica of Tintern Abbey, the Monmouthshire ruin, and added a folly and series of waterfalls.

Trevor, who now in his eighties but still working in the industry, has decided to downsize and has put Dutch Gardens on the market with Dexters and Waterview agencies for £4 million.