A wheel-chair bound ex-dancer left crippled by bone and joint problems has said her benefits have been axed and she has been told go back to work. Jayde Chambers’ promising dance career dramatically ended after she was diagnosed with multiple debilitating joint problems leaving her unable to move without a wheelchair and high doses of […] 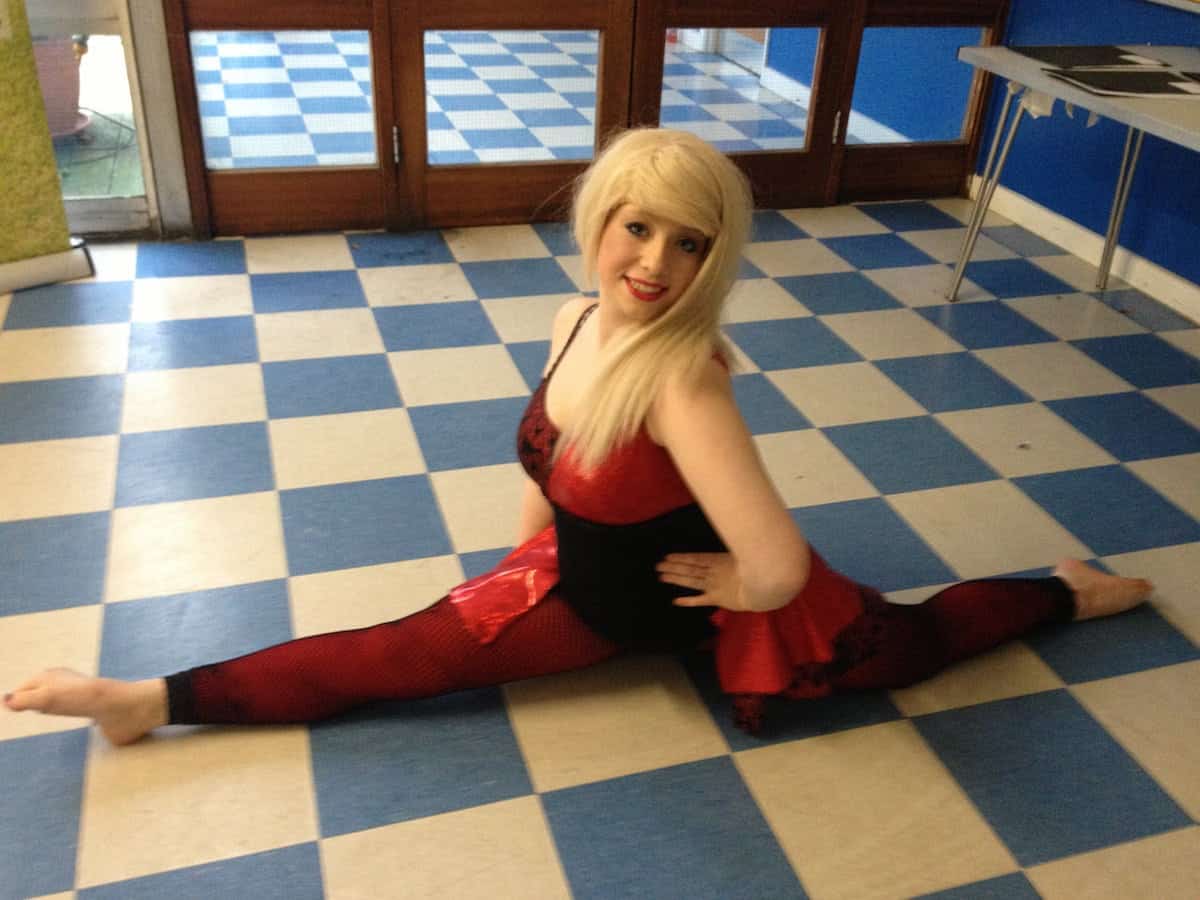 A wheel-chair bound ex-dancer left crippled by bone and joint problems has said her benefits have been axed and she has been told go back to work.

Jayde Chambers’ promising dance career dramatically ended after she was diagnosed with multiple debilitating joint problems leaving her unable to move without a wheelchair and high doses of morphine.

The 21-year-old suffers from multiple debilitating joint problems including hip dysplasia, twisted pelvis and thigh bones, torn cartilage in both of her hips and hyper mobility.

This life-changing condition has meant that Jayde’s lifelong dance career is over and after corrective surgery she would spend years learning to walk again.

She said: “Until this happened I didn’t know anyone could be in so much pain.

“It’s unbearable and I’ve even asked to be knocked out just so I can sleep.

“I really want to work, I would love to have enough money to get out of debt and be comfortable – I just want to live a normal life but I can’t.

“I wouldn’t wish this on my biggest enemy.”

At 16, Jayde first discovered her condition when she came home from dancing crying in pain and until she has surgery her condition gets worse by the day.

“I was dancing everyday Monday to Sunday, going to dance lessons, competing in festivals and shows.

“I’ve never cried from pain in my life but after dancing classes I kept coming home crying.

“It was just so painful so I went to the doctor and was sent to a specialist.

“My doctors don’t know what to do since they haven’t seen someone with such bad hip problems at my age – they usually see it in someone much older age and usually only with one hip but I’ve got problems with both hips.

“I’ve been told that I always had these problems with my hips and this would have happened anyway but dancing so much and pushing my body has sped it up by 10 years.

“But I’ve never regretted it once. If I could go back in time I would do it all over again.

“It was the best experience ever. I have never missed something so much in my life.”

For the past eight years, Jayde has been in and out of Royal National Orthopaedic Hospital for multiple operations to correct her hips and she gets around in a wheelchair.

Jayde is set to have major surgery where the doctors will break her thigh bones, trim down the cartilage and realign her hips.

She said: “I’m due to have an operation to realign my hip but I will have to learn to walk again.

“Also they would have to do it to both of my hips so I’m looking at nine years of physiotherapy, operations and being on strong pain killers.”

Yet Jayde received a letter in the post and a phone call saying her lifeline benefits have been cut as she is considered “fit to work”.

She had been receiving Employment Support Allowance of around £300 per month from the Department of Work and Pensions before it was cancelled.

Due to years without working, Jayde has accrued thousands in debt and has been given an eviction notice for her flat.

She said: “I don’t know how I’m going to pay for food. They have cut my benefits and are making me go back to work.

“I’ve been told that I have to get out of my flat so I’m applying for council housing.

“A social worker came by and was shocked by how I’m living. I’m on the first floor and there’s not enough space for my wheelchair in my flat.

“I’m applying for housing on health reasons, so I can be more independent and shower – just life a more normal life.”

She added: “I want to tell everyone my story because they are stopping so many people’s benefits and it’s just terrible.

“I’ve had a medical assessment and they completely lied.

“I live with my partner but he had to quit work to look after me as a full-time carer.”

Her fiancé Marc Hulton, 27, gave up his full time career as an architectural welder and fabricator to look after Jayde last year.

“My partner Marc has been amazing helping me out and he is my rock.

“I am so grateful that I also have support of my friends and they help me a lot – I’m quite lucky.”

Jayde now has dreams of training to become a lawyer to stop this happening to others in situations like hers.

“This is only a pipe dream and I don’t know if it will happen but I would really like to become a lawyer and help other out like me.

“But right now I don’t know if I can buy any food or my rent so I don’t have any proper plans at the moment.

“I’m just taking everyday as it comes. I know it’s not very positive at the moment but there’s no point crying about it – that wouldn’t change anything.”

A DWP spokesman said: “Decisions for ESA are made following consideration of all the information provided by the claimant, including supporting evidence from their GP or medical specialist. Anyone who disagrees with a decision can appeal.”