A Big Issue vendor is in line for a full-time job at the train station where he sells the magazine – after impressing bosses. Paul Jones, 45, has made enough money to fund a flat since he began selling the the magazine outside Bristol Temple Meads station. The trusted vendor will soon be given a […] 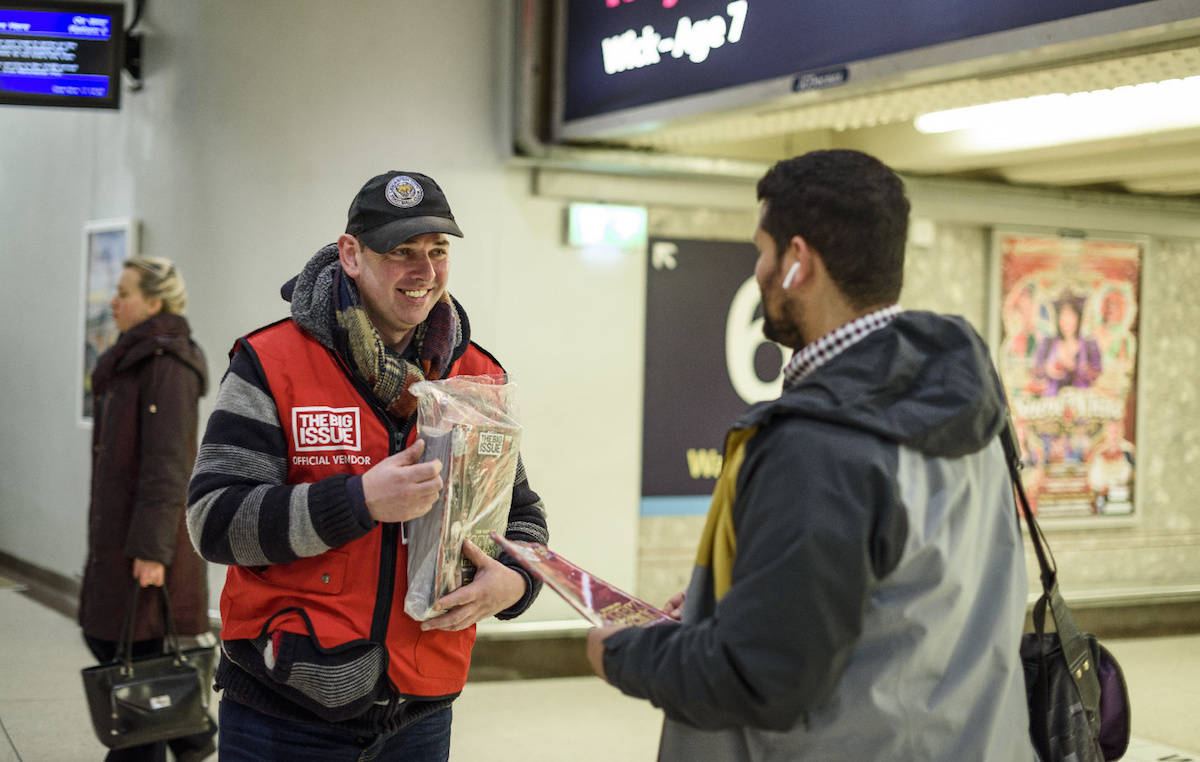 A Big Issue vendor is in line for a full-time job at the train station where he sells the magazine – after impressing bosses.

Paul Jones, 45, has made enough money to fund a flat since he began selling the the magazine outside Bristol Temple Meads station.

The trusted vendor will soon be given a staff card – meaning free access to the station – because of the positive impact he’s had on employees and passengers.

Steve Beckford, station manager, is keen to help Paul find employment with one of the retailers and businesses within the station.

Steve said: “Paul is a key part of our team – he is a polite and friendly man and regularly helps out staff and members of the public with useful information.

“We have been having conversations with Paul around him applying for jobs at businesses in the station, and have offered him help with applications.

“Being a Big Issue vendor is all about progression, and although we would miss him in his usual spot, we would be proud and happy to see him take that step up to a positive future.

“We hope that by Paul selling in our station and becoming a much-loved figure, that we have challenged some of the misplaced stigmas that exist around selling The Big Issue. We want to help him to work his way into full-time employment and that is what magazine is all about.”

Leicester native Paul moved to Bristol more than three years ago after falling behind on payments for his flat and spent 18 months sleeping rough before he started selling the magazine.

Paul said: “The move to the station has been a really great one for me because there are so many more opportunities at the station.

“The people are friendly, there are a lot more people going past me and I have no competition as I am the only vendor in the station.

“The morning rush hour can be quite manic because the trains are full so it can be easier to sell when people are on the way home and they have time to chat.

“I was on a two-week trial and that went really well. Since then, I’ve got to know the staff and they have been very friendly towards me.”

Beth Thomas, The Big Issue’s regional sales manager for Wales and South West, added: “I’m really pleased to see the progress that Paul has made at Bristol Temple Meads.

“And what is really encouraging about our partnership with Network Rail is that progression is at the heart of it. The staff at the station are keen to continue to offer this opportunity to give others a hand up after Paul has moved on.”