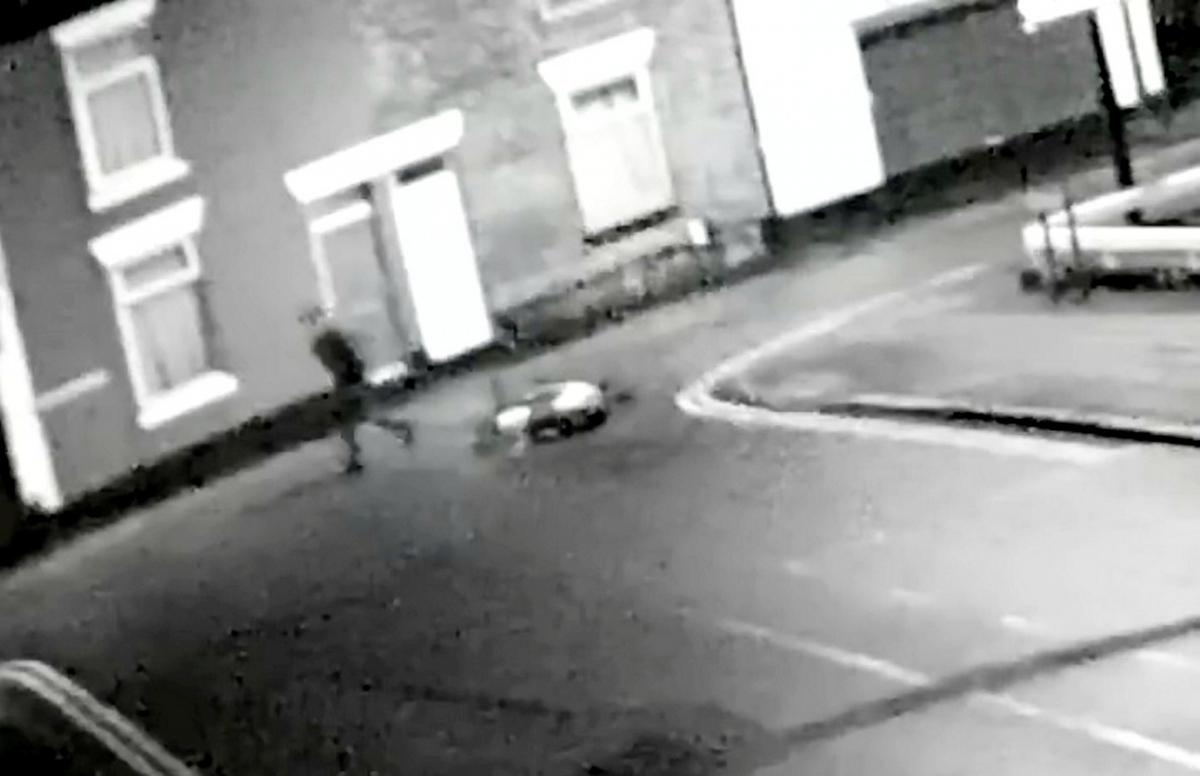 Police are hunting a thug who was caught on camera savagely punching a 61-year-old woman to the ground as she cycled to work.

Shocking CCTV captured the moment the man approached his victim as she rode along Macklin Street, in Derby city centre last week.

He can be seen holding his arm out in an attempt to get her to stop but when she fails to do so, he runs up to her and viciously punches her in the face.

The footage shows the woman crashing to the ground before she struggles to get back to her feet while her attacker continues to shout at her.

A passer-by rushed to the aid of the woman, who was taken to hospital with head injuries, following the assault at 3.30am last Wednesday (26/6).

Derbyshire Police has now released the footage and CCTV images of the suspect in an attempt to track him down.

A force spokesperson said: “Do you recognise the man in the image? Were you in the area at the time and did you witness the assault or notice anything suspicious?

Anyone with information can contact police on 101 quoting reference number 19*329451 and the name of the officer in the case, DC Qassum Hussain.