by Nathan Pynn
in Film 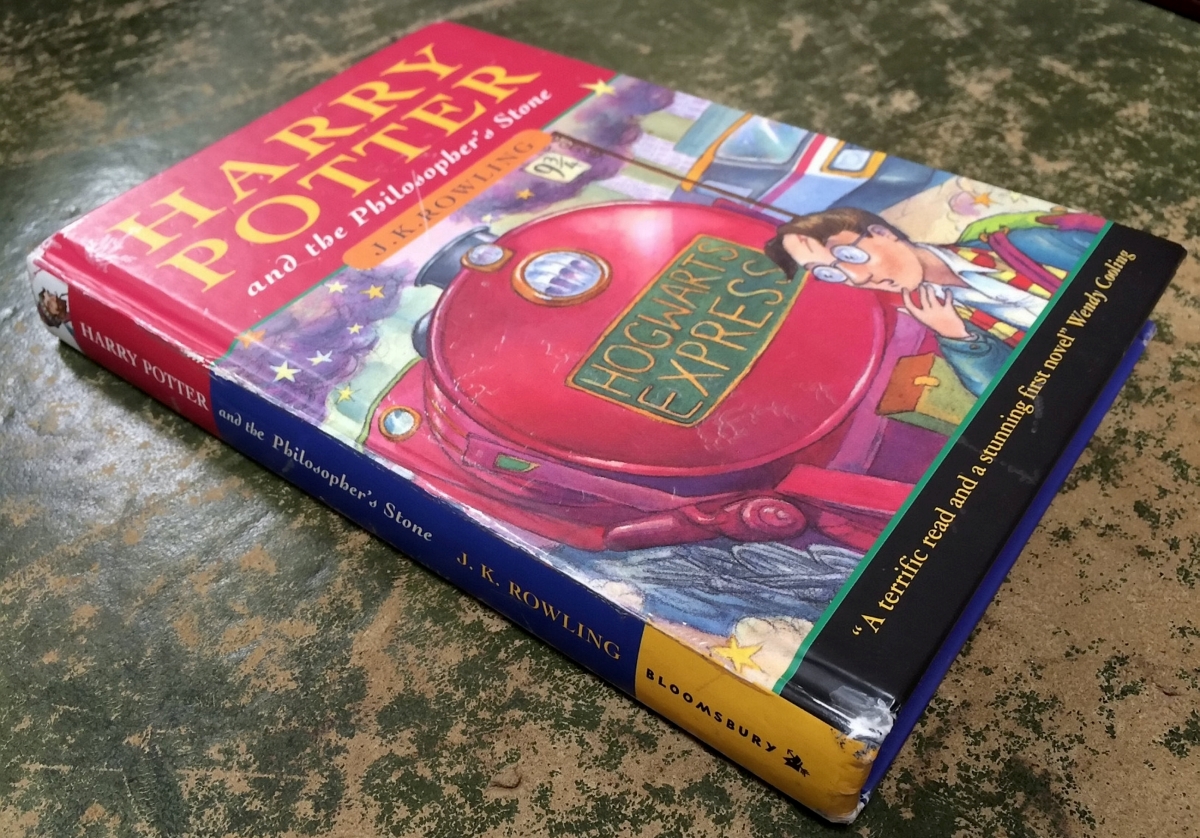 A rare first-edition of Harry Potter that was bought for just £1 at a table top sale is tipped to fetch a spellbinding £30,000 at auction.

The well thumbed hardback novel is one of just 500 original copies of Harry Potter and the Philosopher’s Stone – complete with misspellings and typos.

Published by Bloomsbury in 1997, it was snapped up for just £1 as a holiday read before being put in a cupboard where it gathered dust for almost two decades.

The owner, a 54-year-old office worker from Stafford, said: “I bought the book along with three or four others to read on holiday about 20 years ago.

“I thought nothing of it at the time. I read the book, in fact I’ve read all the Harry Potter series, and then put it away in a cupboard for years.

“It’s so exciting to think that a holiday read could be worth so much now. It might raise more than enough money to buy a nice new bathroom.”

Inside the book is stamped Staffordshire Libraries Arts and Archives with the original cover price of £10.99.

Jim Spencer, books expert at Hansons Auctioneers which is handling the sale, said: “I was called to a client’s house near Stafford to value three boxes of books and there it was – the holy grail of Harry Potter books.

“I was so excited. Every book valuer dreams of finding one of these.

“I was slightly caught in disbelief when I first saw it.

“I receive a few calls every week from people saying they have a first edition Harry
Potter, and it can invariably be ruled out in seconds, or it’s one of the titles from later in the series when production was huge because of its success.

“The one we’ve found is a former Staffordshire Library book which is stamped ‘withdrawn from stock’.

“The vendor came across it around 20 years ago at a table top sale.

“Various old books were being sold off and the owner bought a handful for £1 each for the family to read on holiday.

“They weren’t sure if it was a Harry Potter first edition but I soon established that it was thanks to some typographical errors that particular version is renowned for.”

“When our client bought the book for £1 all those years ago no-one realised what a huge impact the Harry Potter stories would have globally.

“The majority of the books in that first print run went to schools and libraries. They are extremely rare.

“This is a landmark in children’s literature, but it appeals to young and old. Everybody knows this book. This is the holy grail for so many collectors.”

The book was first published by Bloomsbury on June 30, 1997 after being rejected by several publishers.

Those first editions can be identified by two typographical errors.

The back page misspells philosopher’s – it reads philospher’s – and on p53 a list of equipment mentions ‘1 wand’ twice.

Mr Spencer added: “It was incredible checking off all those issue points and seeing them for myself, one by one.

“I’m absolutely delighted for our vendor and I hope the book exceeds all expectations.”

The book will be auctioned on July 31 – the same day as Harry Potter and JK Rowling’s birthdays.