Cops have released images of the woman who abused and threatened a new mum after her little baby accidentally lightly kicked her on a packed train. 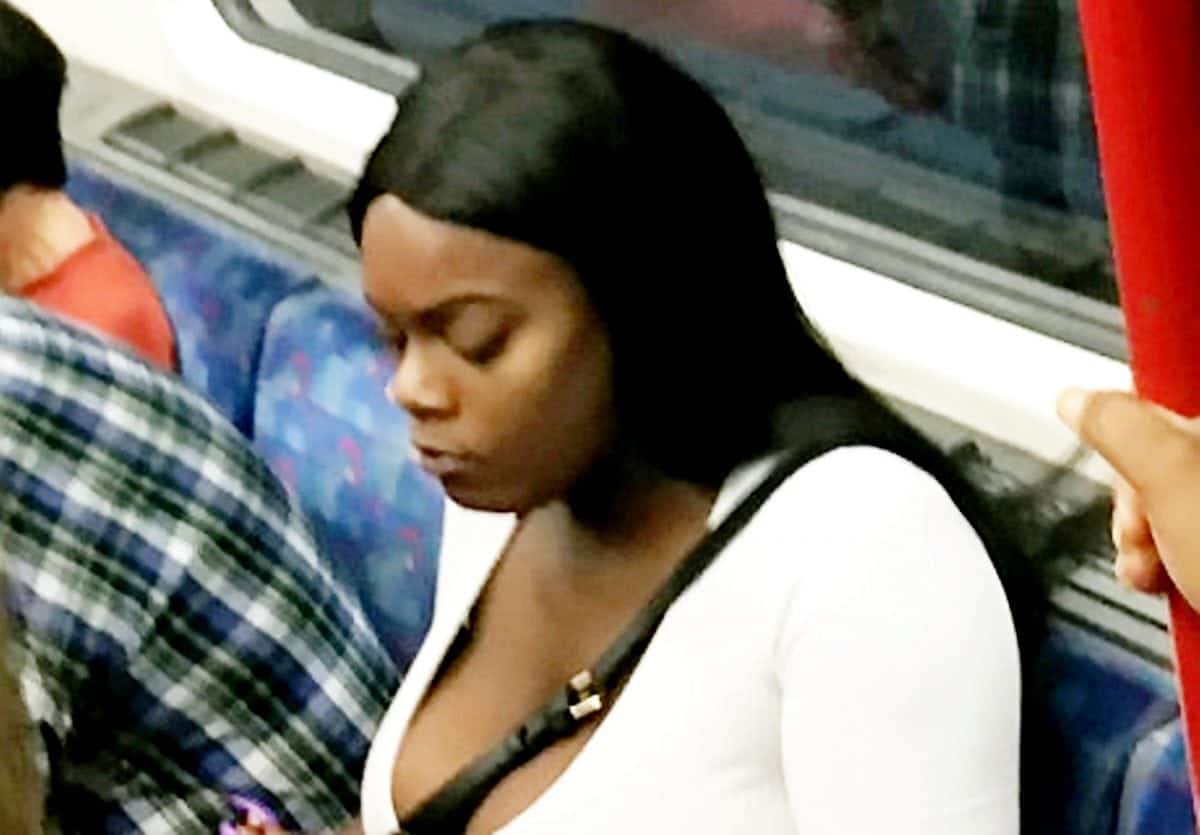 Police are hunting for an angry woman who made knife threats to a mother after she was accidentally kicked – by a baby.

Cops have released images of the woman who abused and threatened a new mum after her little baby accidentally lightly kicked her on a packed train.

The woman was on the Central line when she reacted angrily and threatened she had a knife in her bag after being accidentally kicked by the tot.

A spokesman for British Transport Police said: “This was a frightening ordeal for the family who were shaken by this woman’s aggressive language.

“This woman immediately became abusive to the mother, demanding the mother to apologise in an aggressive and threatening manner.

“Other passengers intervened to calm the situation, however the woman then intimated that she had a knife in her bag.

“Officers believe the woman in this CCTV image may have information which could help them investigate.”

As mum and baby in a pram boarded the rush hour train, at Bank station, the young child accidentally kicked another woman who was boarding the train at the same time.

She became immediately abusive towards the mother, shouting at her and demanding she apologise for the kick in an “aggressive and threatening manner”, police say.

Other passengers tried to intervene to calm the situation down, but the woman then suggested she had a knife in her bag. As the the train pulled in to the next stop at St. Paul’s, a member of TfL staff noticed the row and moved the mother and baby on to another carriage.

The suspect stayed on the train and continued to abuse witnesses on the carriage who tried to intervene and saw her shout and threaten the mother.

The incident happened after the mother and baby boarded a westbound Central line Underground train at Bank station on July 18 at around 6pm. CCTV images of a woman police believe launched the verbal attack have been released today (Fri) by British Transport Police.

One image shows the woman standing as she is surrounded by other commuters and another shows her sitting down after the altercation.

Police say the ordeal was “frightening” and that the young family were “shaken by this woman’s aggressive language”.