A receipt posted online read: ‘No charge for this lady under any circumstances’. 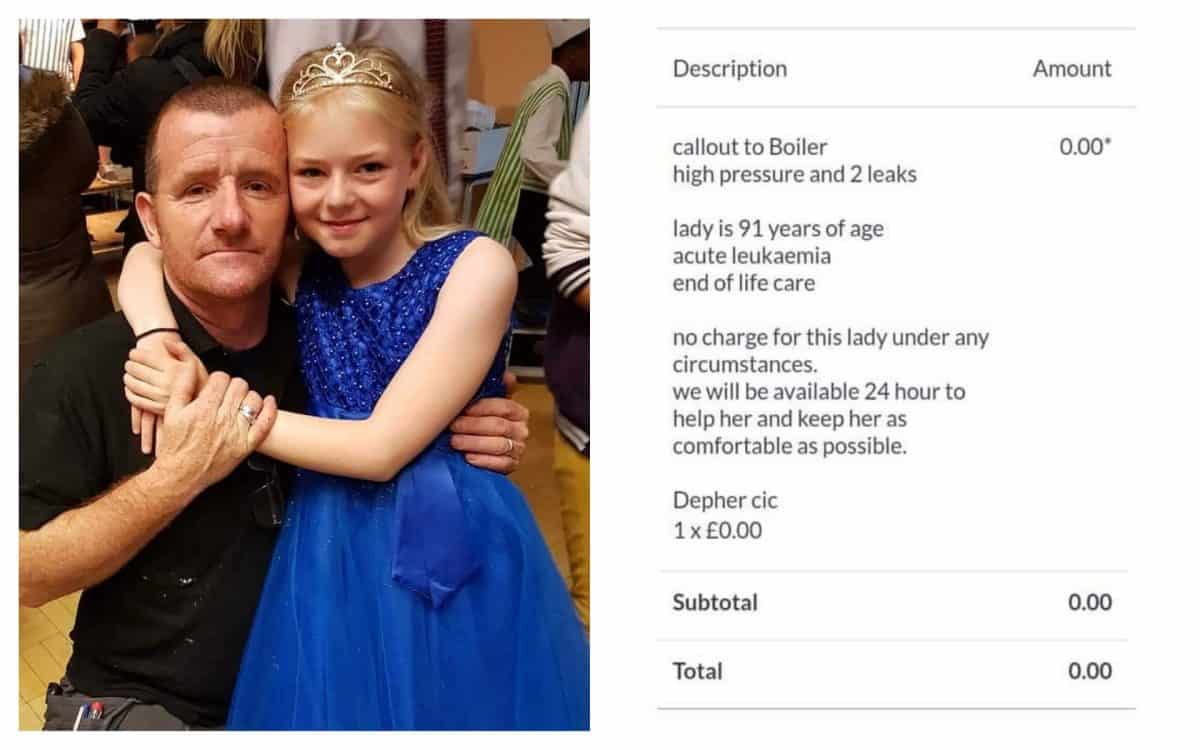 A plumber from Burnley has found internet fame for fixing pipes and boilers for vulnerable customers free of charge.

James Anderson, 52, says he has helped thousands of elderly and disabled people in need since shutting down his private firm and launching not-for-profit company Depher.

His acts of kindness went viral after a picture of his bill for £0 sent to a 91-year-old woman with acute leukemia was posted online.

The receipt for the boiler repair was accompanied by a note reading: “No charge for this lady under any circumstances. We will be available 24 hours to help her and keep her as comfortable as possible.”

Speaking about the positive public reaction, Mr Anderson told the PA news agency: “We didn’t expect it. It’s been everywhere.”

The handyman, originally from Liverpool, has worked hard to raise funds for the enterprise, using crowdfunding and donations to enable him to help people in need across Lancashire.

The father of five said he was inspired to wind down his private work and begin Depher after seeing an elderly man poorly treated by another engineer.

Since 2017, Mr Anderson has provided free or lower-cost plumbing to those in need throughout winters.

He claims the switch to not-for-profit work has seen him fall in to debts of around £8,000, although he insists the shortfall is under control.

“A lot of people close to me ask: why are you getting yourself in to debt? Why are you doing this?

“To me, debt is debt… I would rather owe some money to somebody and another person be alive and happy and safe.

“It’s an ethos that’s in my heart and it will always stay there.”

Having helped locals in Lancashire over the past two winters, Mr Anderson is now hoping to take Depher’s work country-wide.

“I’ve spoken to quite a few engineers around the country and they’re all for it… it’s just getting the funding,” he said.

“I don’t want any person who is elderly and disabled in this country, in this day and age, to die or suffer because of a cold home or a lack of funding to repair the boiler.

“It shouldn’t be happening – that number should be down to zero. Simple as that.”