Sylvia Hill, owner of private firm Wee Critters Pest Control, said that jobs at rat-infested properties in the Capital had risen by 20 per cent year on year. 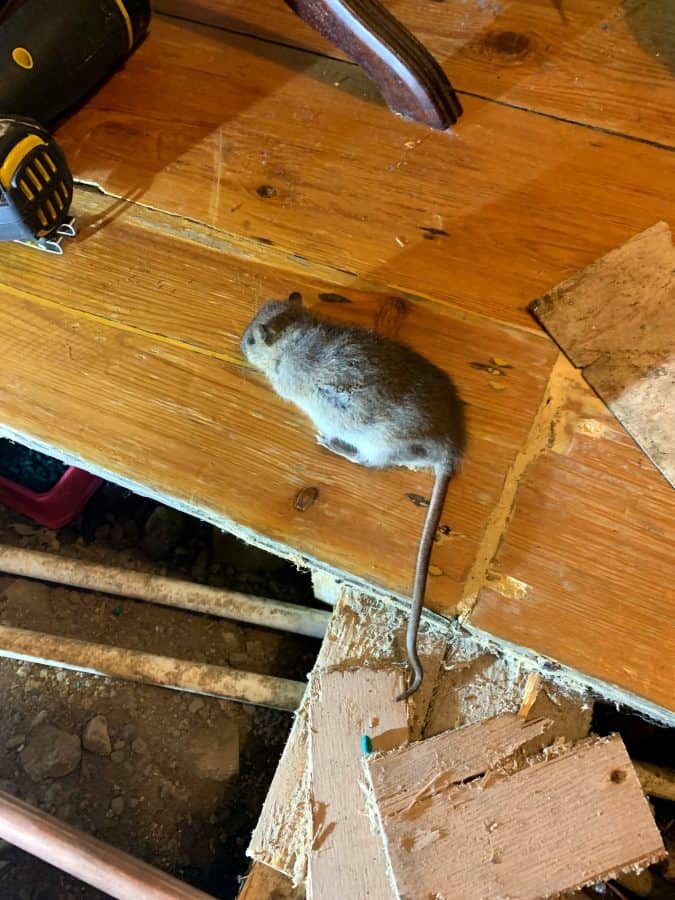 Pest control experts warned of a ‘plague’ of super rats immune from POISON invading homes – and a distraught mum says attempts to kill the rodents have been fruitless.

Edinburgh is said to be the worst place in Scotland for rodents, with the blame being placed on ‘lazy’ neighbours who do not dispose of waste properly in shared areas.

Pest control firm Wee Critters Pest Control estimated that there was a 20 per cent increase in call-outs year on year, while owner Sylvia Hill said ‘amateur’ poisons bought by concerned residents would barely make a difference to the problem.

Mum-of-three Laura McQueenie, 27, has said problems with rats at the council flat in Niddrie, Edinburgh, where she lives with her sons and young niece, have been persistent.

She said the living conditions were “disgraceful” and “horrific”, and blamed bins, describing them as a health hazard.

After the birth of her youngest son, seven months ago, the social work student began to realise the scale of the problem.

Laura said: “Two rats have died in my kitchen sink and there are many more we have seen.

“Every evening I hoover and sanitise all surfaces before bed.

“When I wake in the morning there are rat droppings all over the kitchen workspaces, window sill – they are even inside the bread bag.

“There are droppings all over the living room window sills, the floors.”

The young mum lives with her eight-year-old son, two-year-old boy, and seven-month old baby, as well as her 15-month old niece.

Laura said problems with rats were affecting the health of her youngest child – and said poison poured into the rodents’ holes did nothing to solve the problem.

She added: “I am beginning to think that they are on my son’s bed and that is what is waking him.

“The council’s approach to this was they gave me steel wool and told me to pack the holes myself.

“They have also been out on a separate occasion to pour some poison down the holes, but it isn’t helping.

“It is not an environment to be bringing up children and we shouldn’t have to live like this.

“The flat is absolutely disgraceful and it’s disgusting that we have to stay here because there’s nowhere else suitable for us.

“It’s been horrific living here and it’s heartbreaking that I have no other option.

“I now go to my mum’s during the day because I can’t bear to be there. It’s filthy.

“The bins outside are a severe health hazard and I’ve been down with rubber gloves trying to clean some of it.”

She said: “I have seen people buying amateur rat poison but although it may kill a mouse or two, adult mice and rats are hardly affected by it.

“Unfortunately residents cannot purchase the professional rat poison because it is only supplied to pest control companies as we are trained to use it.

“I don’t think people realise that mice are very clever to the point that they go above and beyond to avoid the amateur poison.

“The rats are just a major issue in Edinburgh at the moment.”

She believes the Gorgie area of Edinburgh could be ‘the worst in Scotland’ for rat infestations – and described the problem as a ‘plague’.

Sylvia said: “We are struggling with the high demand at the moment.

“I’ve had to share some of our jobs with other pest control companies.

“The city centre is full of rat problems but Gorgie is the worst area by far and possibly the worst in Scotland.

“We are honestly never out of there.

“Some of the problems are caused by laziness to be honest.

“Rather than opening the bin lid to throw away the rubbish, people are leaving their rubbish and dog poo at the side of their bins.”

A total of 4,788 pest control requests were received by the City of Edinburgh Council last year with the Forth, Sighthill/Gorgie and Craigentinny/Duddingston wards proving to be the most problematic areas of the city.

And there were 50,000 complaints about missed bin collections.

However, although it appears that the rat population is increasing, the local authority said it had not experienced a significant increase in vermin callouts.

Cllr Lesley Macinnes, convener for Transport and Environment, said: “We remain surprised by these comments and would be interested in hearing from the pest control firm, as this information goes against our evidence of what is happening in the city.”