A perverted loner who smuggled a grotesque sex doll of a CHILD into the country has narrowly avoided a jail sentence. Paedophile Brian Hopkins, 40, had a vast collection of sickening images and wanted to add the 3ft 9in mannequin to his sordid inventory. But he was caught out when Border Force officers discovered the […] 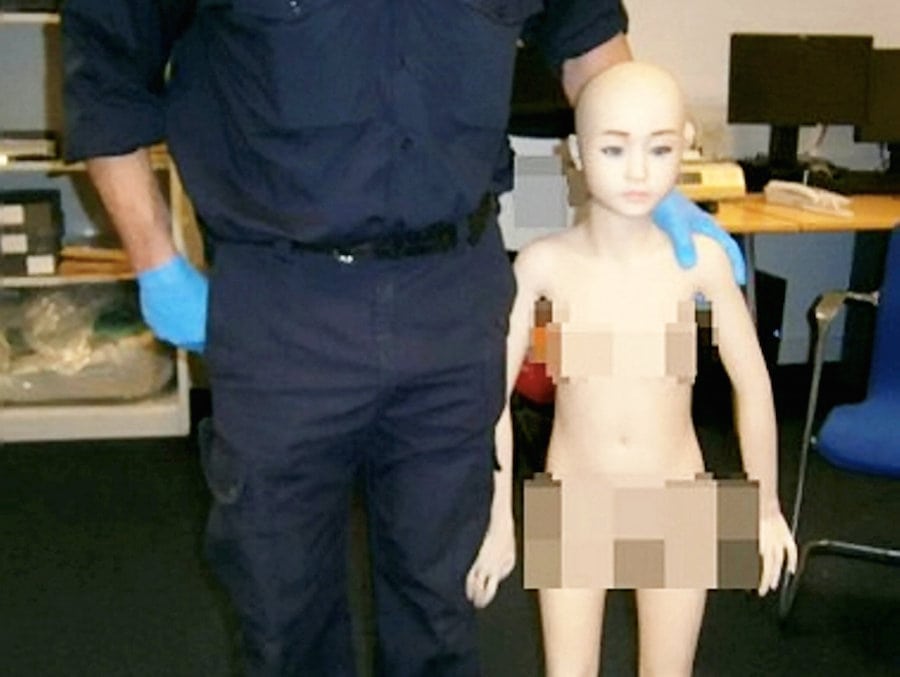 A perverted loner who smuggled a grotesque sex doll of a CHILD into the country has narrowly avoided a jail sentence.

Paedophile Brian Hopkins, 40, had a vast collection of sickening images and wanted to add the 3ft 9in mannequin to his sordid inventory.

But he was caught out when Border Force officers discovered the doll at Stansted Airport, addressed to Hopkins’ home in Plymouth, Devon.

The flat-chested doll was ‘anatomically correct’ and immediately raised suspicions as it came in from Hong Kong last October.

Officers then raided his house and found the child pornography on his mobile phone, with nearly 250 of the 800 images being of the most serious category.

In total officers found 247 category A images, 347 category B images, and 196 from category C.

In a police interview, Hopkins admitted possessing the images, saying that he found it exciting to have them even though he knew it was wrong.

He also admitted buying the doll to have sex with, but claimed he did not know importing it was illegal.

Ali Rafati, for Hopkins, said his client was otherwise “a gentle man” who was on the border of learning difficulties. He added that he was leading a “limited life”.

Appearing at court on Friday, Hopkins’ was handed a 10 month suspended sentence by judge Paul Darlow for importing an indecent or obscene article, alongside the child pornography charges.

He was also given a ten year sexual harm prevention order and put on the sex offenders register for ten years.

Judge Darlow said: “In the manufacture of these dolls, no child will have been abused and thus have suffered the corruption, pain and psychological damage that accompanies the production of indecent imagery of very young children.

“To have a sexual interest in children, while abhorrent or repugnant to many, is not illegal. No criminal law can address the harbouring of an interest only.

“Only when that interest has taken a step further to acquisition, viewing or publication of indecent imagery or the further step to grooming and or sexual contact with children is the law able to step in to protect the young and the vulnerable”.

Speaking after the case Hazel Stewart, NCA senior investigating officer, said: “The importation of child sex dolls is a relatively new phenomenon but time and again importers are also guilty of associated offending against children as with Hopkins.

“They are a real flag of a sexual interest in children.

“We are working hard with our partners in Border Force to stop them entering the country and then investigating and prosecuting the importers.”

Border Force senior manager Julian Doughty said: “My front line officers work tirelessly to secure the UK’s borders, and this case is one of several where their vigilance has successfully led to the uncovering of offenders with a criminal interest in children.

“Border Force continues to work closely with other law enforcement agencies to bring those responsible for importing these obscene items to justice.”