A pensioner was shocked when she received a letter from her local council – saying she had been DEAD for four years. Ena King couldn’t believe her eyes when she opened the letter addressed to the executors of her will, offering condolences and asking for their details. And the 78-year-old was so surprised that she […] 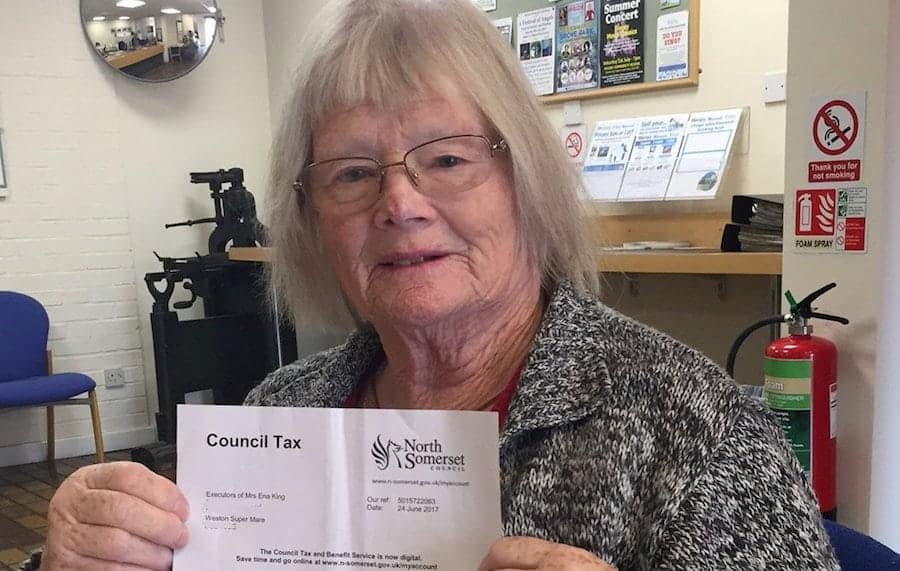 A pensioner was shocked when she received a letter from her local council – saying she had been DEAD for four years.

Ena King couldn’t believe her eyes when she opened the letter addressed to the executors of her will, offering condolences and asking for their details.

And the 78-year-old was so surprised that she said that she just began to laugh.

“It was unbelievable. I opened it up and I thought, ‘My goodness, it says I’m dead’,” said Mrs King, from Weston-super-Mare, Som.

“I read it out to my daughters and then I just started to laugh. I thought it must be a joke.”

The letter was sent to Mrs King by North Somerset Council.

It read: “We have recently been advised by the registrar of the death of the above [Mrs King] and I wish to express my condolences.”

And the following day, Mrs King received another letter, this time asking for the outstanding payment of £65.35 – dated from March 7-31, 2013.

The letters suggested that not only did the council believe Mrs King had died, but that she had died four years ago.

She said: “I was very shocked. I thought if it had happened to me, then how many more, and four years out of date. I just keep reading it and pinching myself.”

Mrs King said her two daughters had seen the funny side, and told her to visit the council with her passport and other documents to show who she was.

She said: “The people at the council were very sorry and shocked it should happen. It is a lot to take in.”

A council spokesman said: “This was an unfortunate error and we are sorry for any distress caused.

“Unfortunately there were two people on our records with the same name.”

The council did not address why the payment from 2013 had only been requested four years later.