Ava-May Littleboy was hurled from the play equipment which 'exploded' on the beach at Gorleston, Norfolk 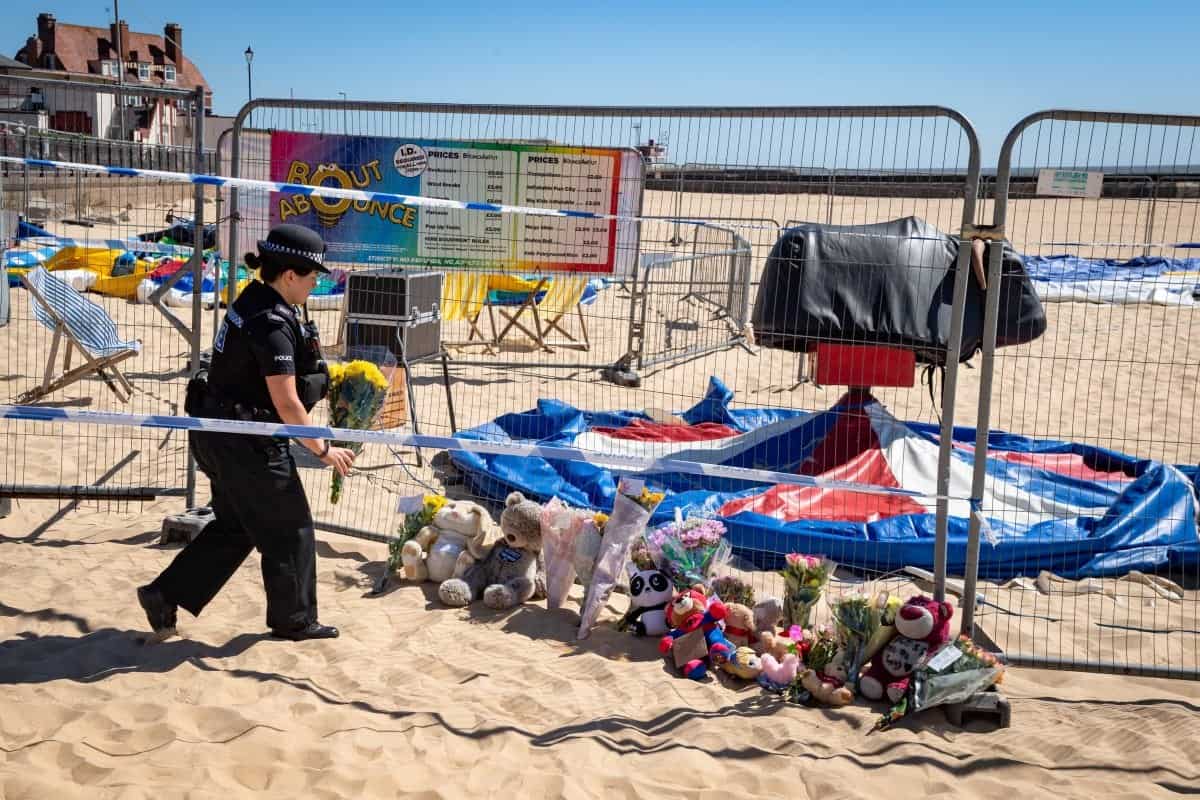 A Tory MP has called for an outright ban on bouncy castles after a young girl died when she was thrown 20ft from an ‘exploding’ inflatable trampoline.

The youngster, who was reportedly three-years-old, suffered serious injuries after being “catapulted” from the bouncy castle on the beach at Gorleston, Norfolk.

Members of the public and paramedics tried to revive her but she went into cardiac arrest and died at the scene shortly after 11.15am on Sunday.

It is thought hot weather could could have caused the inflatable to pop as temperatures reached up to 29 degrees.

The tragedy comes after the death of Summer Grant, seven, who died in 2016 after being crushed to death by a bouncy castle at a park in Harlow, Essex. 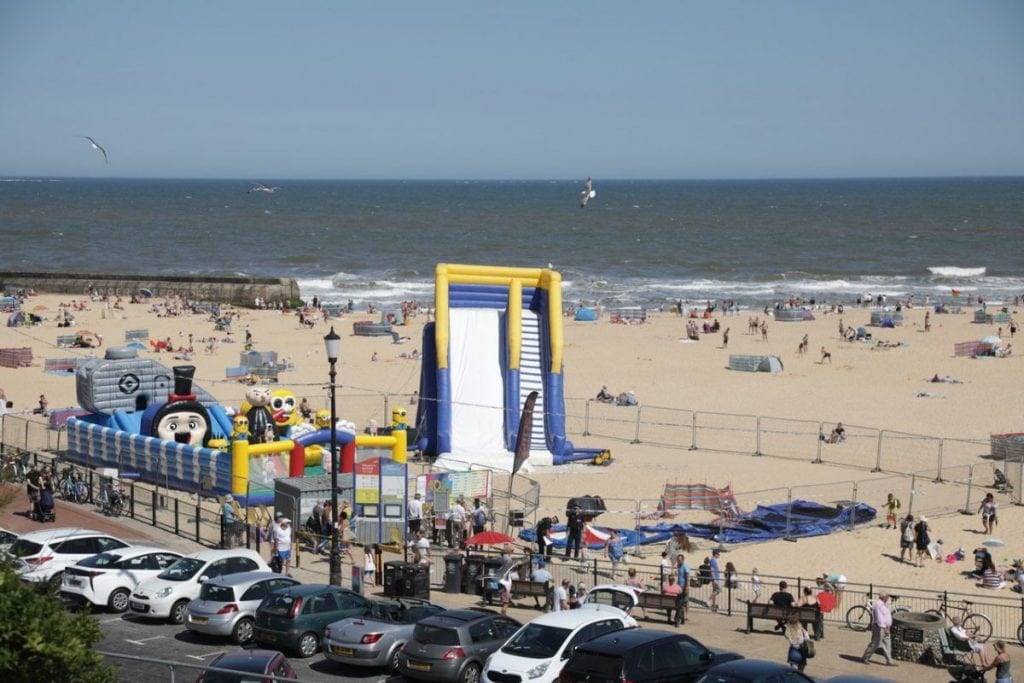 Married fairground workers William Thurston, 29, and Shelby Thurston, 26, were found to be responsible for her “entirely preventable” death after failing to properly secure the inflatable and were jailed for three years in June.

On Sunday night, Robert Halfon, MP for Harlow, tweeted: “After two horrific tragedies, Government need[s] to look at [an] update of regulations and inspection regime and consider a temporary ban on bouncy castles in public areas until we can be sure that they are safe.”

He also said he had asked for an urgent question to be considered on the matter in the House of Commons today (mon).

Meanwhile, Summer’s grandmother Rachel Chamberlain led tributes to the young victim who died on Sunday, saying: “It’s only two weeks ago that the people responsible for my granddaughter Summer’s death were jailed and I hoped with all my heart that this would never happen again!

“Things must change! My heart bleeds for this family, devastating!”

Others took to Facebook to pay their respects to the young girl, who has not yet been named. 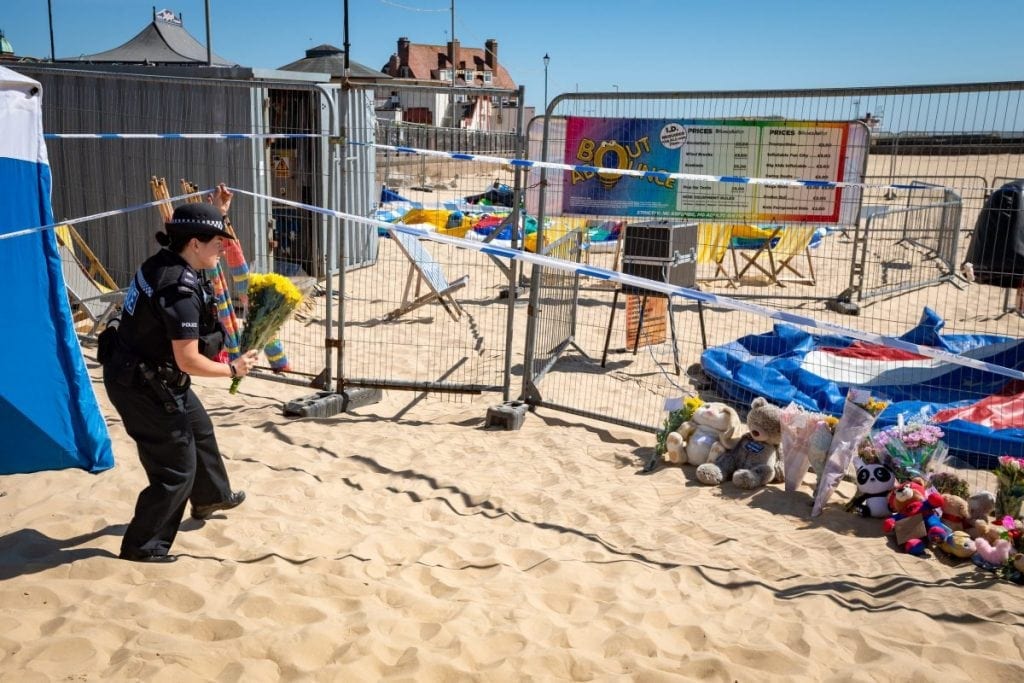 Ryan Griffin wrote: “The bouncing castle exploded while she was on there she catapulted like 20 foot in the air.

“Keep your kids off bouncing castles people they are not safe!!

“Thoughts are with all there (sic) family RIP little one X”

Alison Debra Derry said: “Poor little girl, what she thought would be something fun has ended in awful tragic.

“Thinking of the little girl and her family.

Donna Wilkinson added: “Just an ordinary family day out that started of with laughter and finished with tears.

“My heart & soul goes out to the family. RIP pretty girl”

A joint investigation between the Health and Safety Executive (HSE), local authority and police has been launched to establish the circumstances surrounding the incident.

At the beach, a police cordon remains in place around the fencing that surrounds the ‘Bounce About’ children’s area. 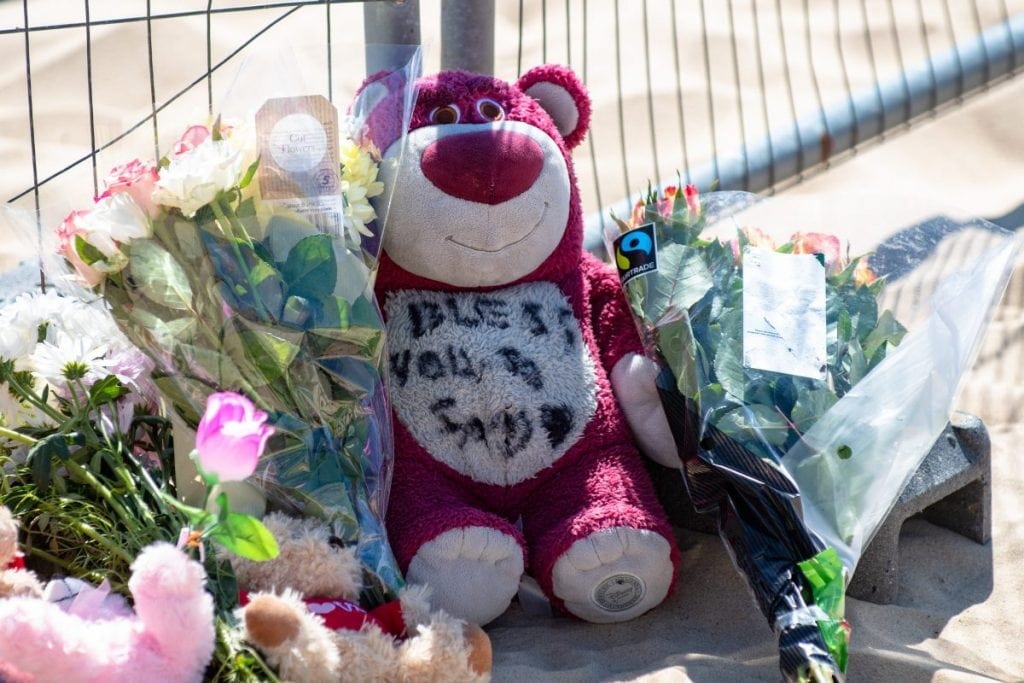 The attraction also has an inflatable slide, traditional trampolines and a rodeo ride. Five minutes on the inflatable trampoline costs £2.

No one is being permitted to use any of the facilities, which are owned by Curt Johnson, 47.

He wasn’t present at the time of the tragedy, but said the inflatable may have exploded in the heat.

He told the Daily Mail: “It is very upsetting. We have been at the beach for a very long time, definitely a number of years and it is the first accident we have had there and it is quite shocking.”

It is not yet known who the girl was at the beach with, or whether any other children were on the inflatable at the time.

Speaking after the incident, eyewitness Kara Longshaw said: “Just seen the most horrific thing in my life.

“A bouncy castle exploded at the beach and the child on it was catapulted about 20ft into the air.

“PLEASE do not allow your children on a bouncy castle in this heat.”

“Totally heartbroken to hear that the little girl didn’t make it. Thoughts and prayers go out to her family.”

Karen Sell who was leaving the beach at the time, said: “I was walking away from the beach and I heard the most enormous bang and straight away turned round.

“I was at the top of the stairs near the cliff that overlooks the beach and people were all there and everyone was in shock.

“I spoke to someone who described how the girl was just thrown about 20ft into the air and landed on the floor.

“It was just terrible. A man was giving the girl CPR for quite a while before they took her hospital.

“The bouncy castle was not like one I have seen before- It was like a trampoline so you could jump a lot higher on it than a normal one.

“It is such a sad situation.” 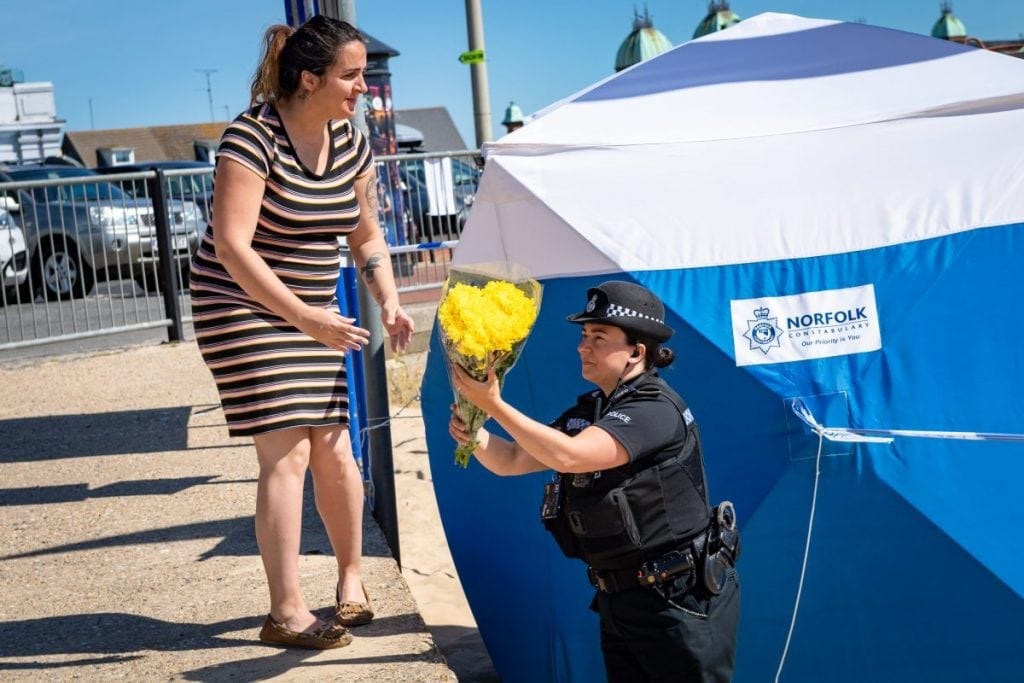 Emma Flaxman-Taylor, Great Yarmouth Borough councillor for the Gorleston ward, said: “At this moment in time all I can do is express my condolences to the girl’s family.”

The beach is popular with families wanting to soak up the sun, or pick up an ice cream or bag of chips from the surrounding shops.

It is not unusual to spot bodyboarders in the water or enthusiasts taking advantage of the large model yacht pond.

Last week, thousands of people descended on the sands to be extras in Oscar-winning director Danny Boyle’s Beatles-based film.