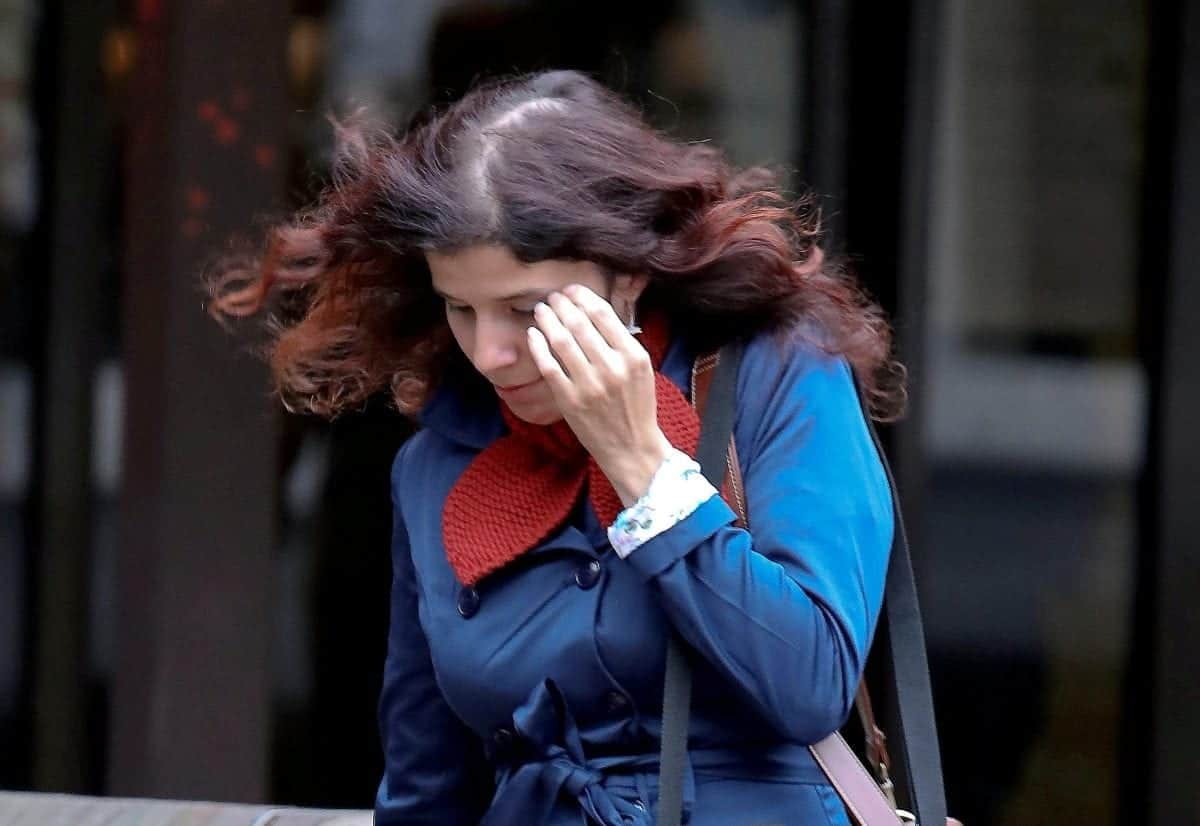 A couple who were members of banned neo-Nazi terror group National Action named their baby son after ADOLF HITLER, a court heard.

Jurors heard that Claudia Patatas, 38, and Adam Thomas, 22, gave their child the middle name Adolf after he was born late last year.

A court was shown a picture of a “vehement Nazi” posing with the tot holding a swastika flag and making a Hitler salute above the child’s head.

The pair, of Waltham Gardens, Banbury, Oxfordshire, are charged with membership of National Action along with Daniel Bogunovic, 27, of Crown Hills Rise, Leicester.

National Action formed in 2013 but was banned following the murder of Labour MP Jo Cox in June 2016.

Despite being outlawed, the group carried out a “white holy war” to uphold white supremacist values around the country, Birmingham Crown Court heard.

Members carried out “stickering raids” at universities around the UK, held demonstrations and posted material online supporting Hitler and the Ku Klux Klan.

Thomas also owned a copy of the Anarchy Cookbook which gave instructions on making explosives, the court heard.

Prosecutor Barnaby Jameson QC said: “This case is about a specific type of terror. 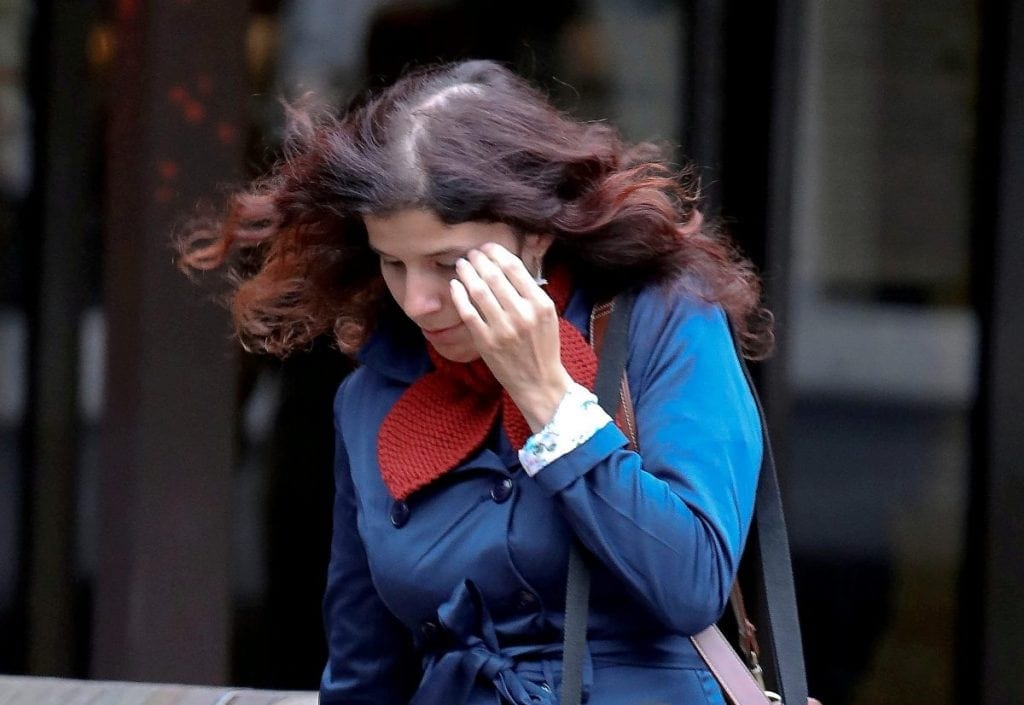 “It is a terror fuelled by hatred and division.

“It is a terror born out of fanatical and tribal belief in white supremacy.

“It is a terror that regards anyone who falls outside a cult of violent white racial supremacy as ‘sub-human.’

“Those that fall into the ‘sub-human’ category are primarily blacks, Jews and Asians. Others include gays, communists and feminists.

“The cult had particular venom for female Labour MPs perceived as sympathetic to immigrants.

“It is a terror that can be summarised in two words: ‘White Jihad’ – a white holy war.

“It is a terror spread by a small cell of fanatics of which you will hear a great deal.

“The world into which this case will take you is a world in which any right-thinking person would wish did not exist.

“It is a world beyond casual racist abuse.

“It is a world of banner-carrying para-militaries aping Hitler’s SS.

“It is a world of Swastikas and the burning crosses of the Ku Klux Klan aka the KKK.

“It is the world of a group called ‘National Action’.

“It is the world of a group so extreme and violent the government banned it in 2016 under the terrorism legislation.

“Other banned terrorist groups include IRA and Islamic State.

“National Action saw their ban, say the Crown, as an invitation to re-configure, re-brand and resume the fight of violent Aryan supremacy from underground.

“Shotguns, assault rifles, knives, ice-picks, cross-bows, long-bows. Two of the accused, Bogunovic and Thomas, had a particular interest in acquiring or owning machetes.

“You will hear about the instructions on making explosive devices – a variety of bombs – found on the computer of the second defendant, Thomas.

“When National Action was banned it simply rebranded and continued in the shadows.

“It put on disguise after disguise – whether re-branding itself ‘Vanguard’, the ‘Thule Combat League’ or ‘The Triple K Mafia’ or the ‘Soldiers of Moonman’.”

The court heard Bogunovic contacted members of National Action online with username “dsdegrelle” – a reference to prominent Belgian Nazi Leon Degrelle, who fought for the SS.

In 2016 Bogunovic took part in a stickering raid on Aston University, defacing the
campus with National Action stickers.

Mr Jameson said Thomas and Patatas, who is on bail and arrived to court wearing an electronic tag on her ankle, lived together and had a child together.

He said: “The couple have a small male child. The child’s full name cannot be given for legal reasons.

“However, the Crown can tell you that one of his middle names was ‘Adolf.’

“Given that the child was born almost a year after National Action was banned, you may
think the use of the name ‘Adolf’ – even as a middle name – was of significance.”

The court heard Patatas was given the online pseudonym Sigrun – after the Norse goddess of Valkyrie “who could choose who would live or die in battle.”

The jury saw a photograph of another National Action member, Darren Fletcher, posing with Patatas’ baby while holding a Nazi flag.

“In 2014 he went on stage at an extreme right event dressed in KKK robes hanging a golliwog from a noose.

“That stunt earned him a conviction for stirring up racial hatred and an ‘ASBO’ / ‘CRASBO’.

“He was a close friend of Thomas and Patatas.

“In due course you will see photographs of Fletcher, Thomas and Patatas at the latter’s Banbury address where newspaper articles were found about Fletcher.

“There is also a photograph of Fletcher holding a Nazi flag and making the Hitler salute over Thomas and Patatas’ infant.”

The court also heard how the defendants were in close contact with other key members of National Action, Alexander Deakin, 23, and British soldier Mikko Vehvilainen, 33.

“He was one of the group’s leaders and planners – intelligent, charismatic and obsessive.

“He played a pivotal role in recruitment and resurrecting National Action after it was banned.

“Deakin had a particular connection with Bogunovic. Both were involved in the stickering raid in July 2016.

“Vehvilainen was another extremist’s extremist, closely associated with Deakin.

“He was critical of other extremists for their lack of extremist activism.

“As a serving soldier he had access to military weaponry as well as amassing a considerable arsenal of his own.

“Images of Vehvilainen’s cache of high calibre assault weapons, blades and picks were found on the mobiles of Thomas and Patatas.

“National Action is, as you will hear, a group of vehement neo-Nazis, glorifying Hitler and the Third Reich.

“Their logo is based on the Nazi era Sturmableilung – ‘SA’ – the paramilitary ‘Storm Section’ of the Nazi party.

The trial, which is expected to last four weeks, continues.